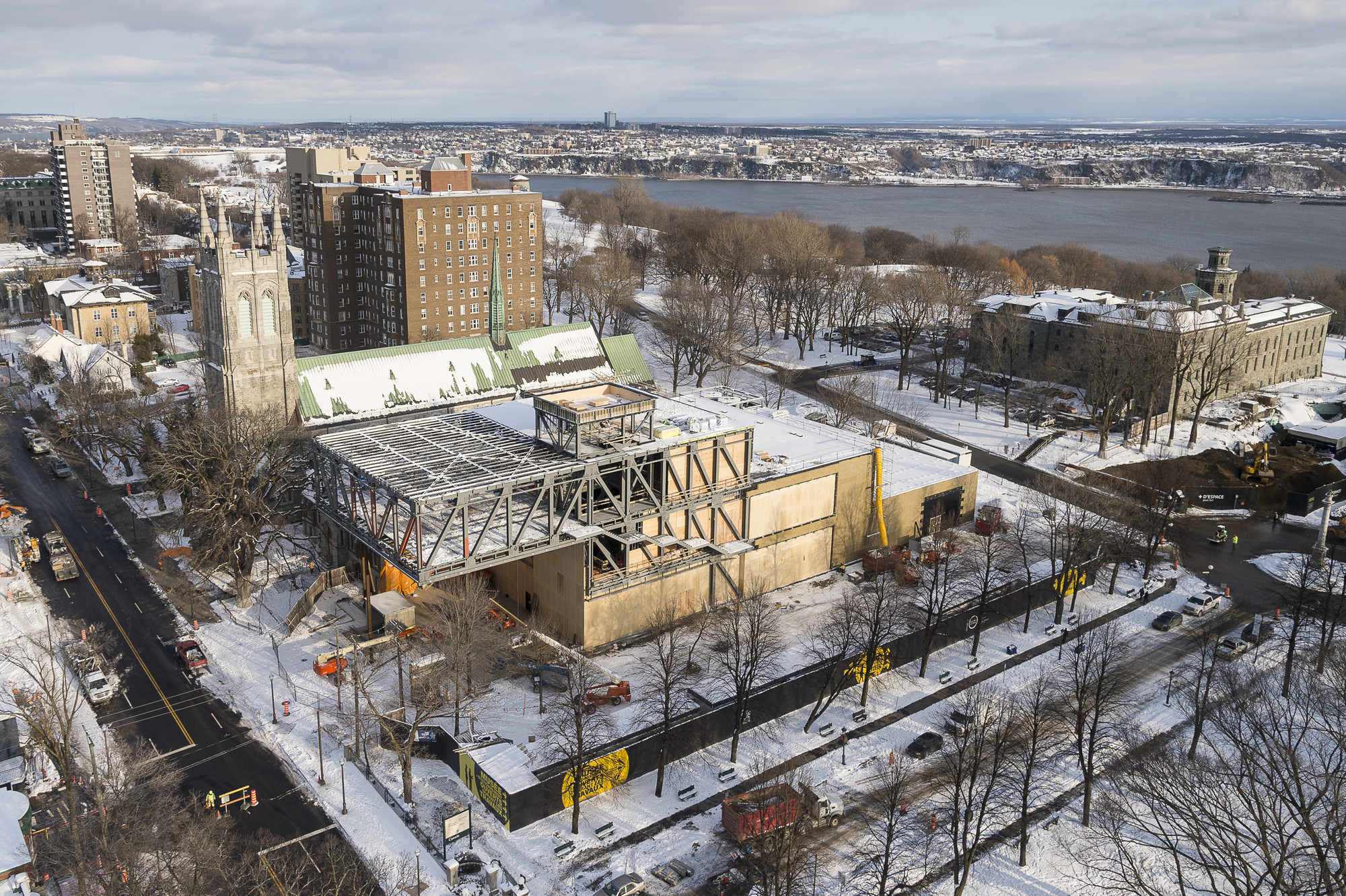 Permanent and temporary galleries form the museum’s lower half, as the Pavilion Charles-Baillairge takes shape on top, cantilevering over a 14-meter-tall grand hall on the street below. Inside, a large elevator and spiraling staircase, complemented by a cantilevering exterior stair, provides a number of potential routes with orchestrated views of the city and nearby park.

“Beyond a museum extension, our ambition was to provide an extension to the city and the park,” says partner-in-charge Shohei Shigematsu. “Like the topography of the hills beyond, the gallery boxes and the inhabitable roof form a landslide that extends the museum to the park. The galleries float above the Grand Hall that will serve as an urban plaza for the museum’s public functions.”

“Seeking to reveal rather than overwhelm,” as OMA describes, MNBAQ submits to the adjacent St. Dominique church, allowing it to continue to be the icon of the area.

“Our ambition is to create a dramatic new presence for the city, while maintaining a respectful, even stealthy approach to the museum’s neighbors and the existing museum. The resulting form of cascading gallery boxes enhances the museum experience by creating a clarity in circulation and curation while allowing abundant natural light into the galleries,” adds Shigematsu.

OMA New York won the design competition for the Musée national des beaux-arts du Québec in 2010. The project began construction in September 2013 and is expected to open to the public in early 2016. You can learn more about the design, here. 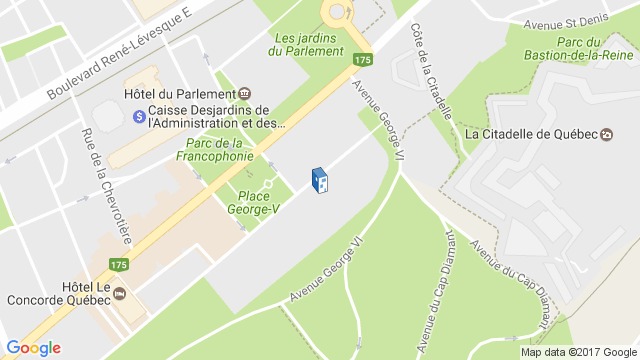