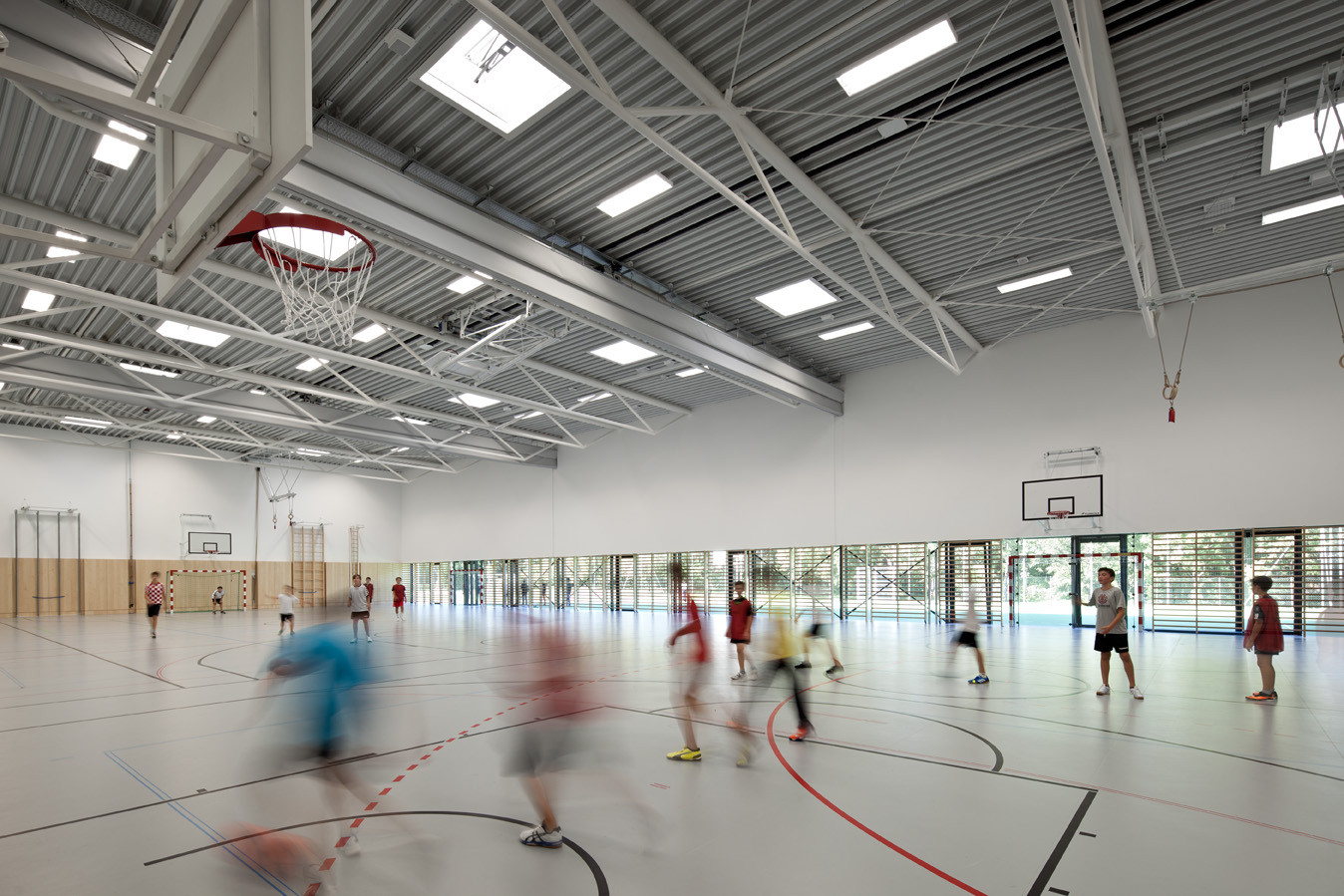 The task comprised restructuring and extending the old school for forest wardens from the 1970s in order to create a contemporary educational institution. The old residential wing was demolished because of the building’s structure and its low ceiling height. The concrete rubble was used as subgrade for the new building. The classroom wing and the gym hall could be preserved and were expanded by another set of classrooms and a large gym hall. The four building parts are grouped equitably around the new one-storey centre of the school.

Due to their armoured concrete skeleton structure the old building parts turned out to be very flexible and adaptable; these qualities were therefore adopted in the new building parts. All dividing walls between classes were erected in lightweight construction and installation-free. The ribbon windows provide consistent lighting and facilitate later adaptation of room sizes.

With regard to detail construction, interior fittings and façades, old and new building parts were treated alike. The four building parts are lined with fibre cement tiles in different shades of grey. The entire ensemble forms a new school that presents a very calm and unexcited aspect to the outside.

Between inside and outside

The arrangement of the four building parts creates a differentiated outer area with various functions such as schoolyard, sports ground, and parking area, each with dedicated entrances and exits. A multicoloured lamella ceiling forms significant canopies and connects all access and communication areas of the ground floor.

In the central one-storey building part, the library, a polyvalent room and all sports locker rooms were grouped in free form. This made it possible to devise the necessary access paths as a walkabout with prospects into the landscape instead of dead ends. The flooring, a very robust and durable bitumen terrazzo, leads through the entire school, and in the shape of large sitting steps connects the two floors of the new classroom wing like a tribune.

In order to dissolve the strict arrangement of the required basic classes, these were opened up towards the recess rooms with windows forming sitting niches. The gym halls are located on the ground floor in the immediate vicinity of the outside sports areas, and can also be used after school hours by other sportspersons or for external events because they have a separate entrance and can be sectioned off from the rest of the school.

On the upper floor there is a large, sheltered roof terrace between the four building parts. The wooden floor in herringbone pattern, plant troughs and floor lamps create an open-air living room. Large circular seating furniture with integrated light cupolas provides the ground floor with daylight.

The entire building was designed to conform with low energy standards, including the thermic restoration of the old building parts. The building equipment was deliberately kept facile. Energy is supplied by a wood chip heating system using regional resources. 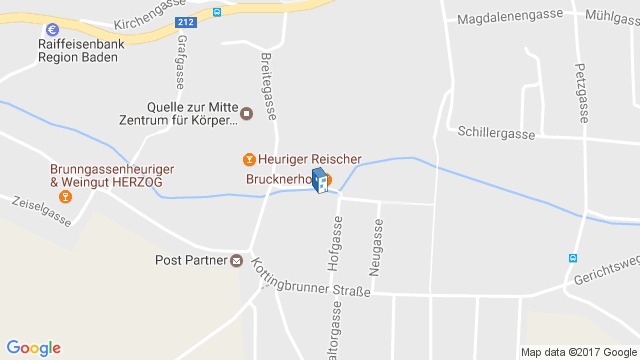 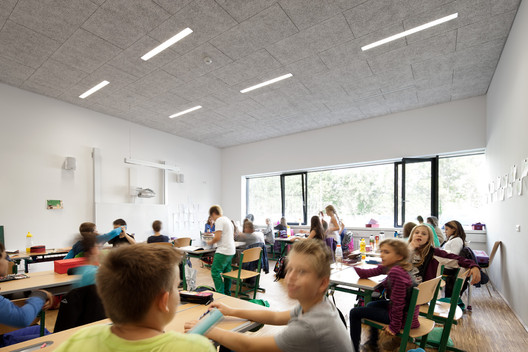