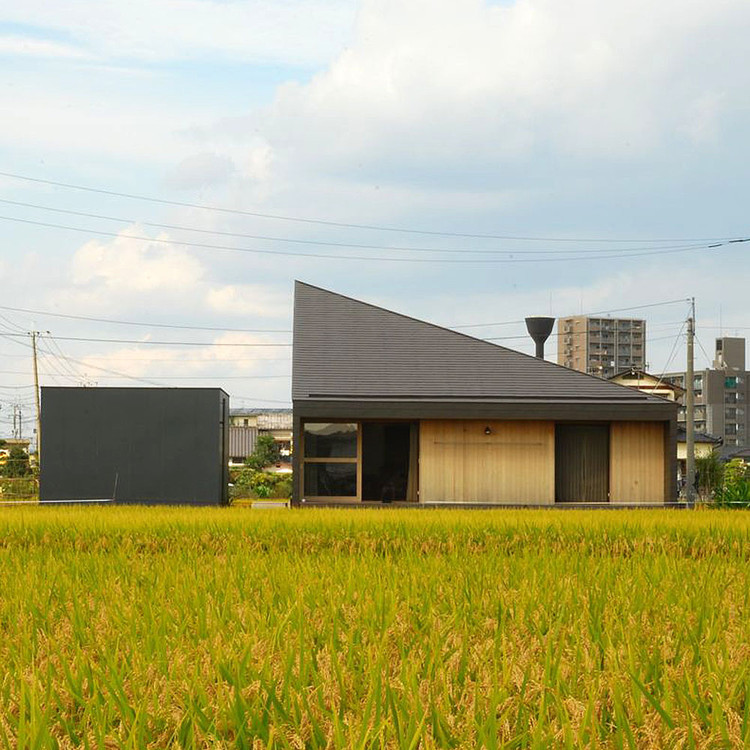 Text description provided by the architects. It is a small house for an aged couple to live with the daughter in the place enclosed by the rural scene in calm Chikugo plains. Because the family lived long in this place, the advantage and the disadvantage corresponding to the season of this place were able to be heard.

We were able to find two or more key words from among that.

The key word was a reflection of the program of the traffic line, time, and the place for which the family hoped to the living, and the program of a new house was assumed to be a program that recalled the memory of an existing house that had built in this place. The building has square of 10.8M×10.8M plane shape. Each room is arranged by a similar position to the existing dwelling dismantled to the plan. This is because parents that there is a trouble on the hope for the continuance of a traffic line where it got used to a place and past memory to a new house, and the foot can come and go freely in each space.

There is a big sliding wooden door in the south, and scenery that feels rich nature extends there. And, because the cool wind cooled in a peripheral rice field passes the building, a comfortable environment that doesn't need the air conditioner so much can be obtained though it becomes a sultry climate with the coming of summer around here.

The facade in a simple delta roof appeared in a simple operation where the slanted roof with the building on the wall installed in a square plane and the diagonal and the axis went up to the northwest corner. The wall in this diagonal divides the plan of the first floor in two simultaneously with a constructional role as a public place and a private place.

When the building was completed and three years passed, I was visited. Inconvenient aged Mr. and Mrs. owner of the foot told that there was a new discovery in the scenery of daily life. 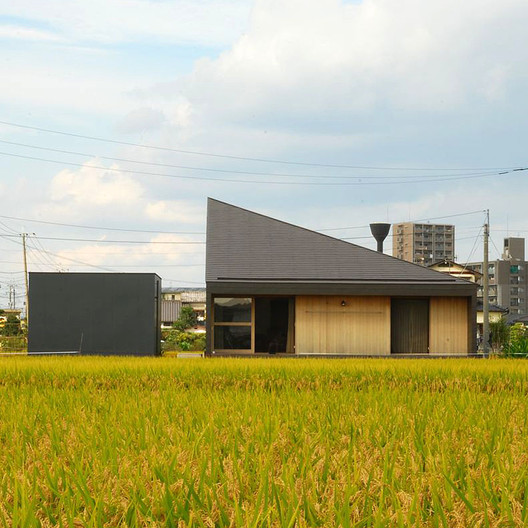