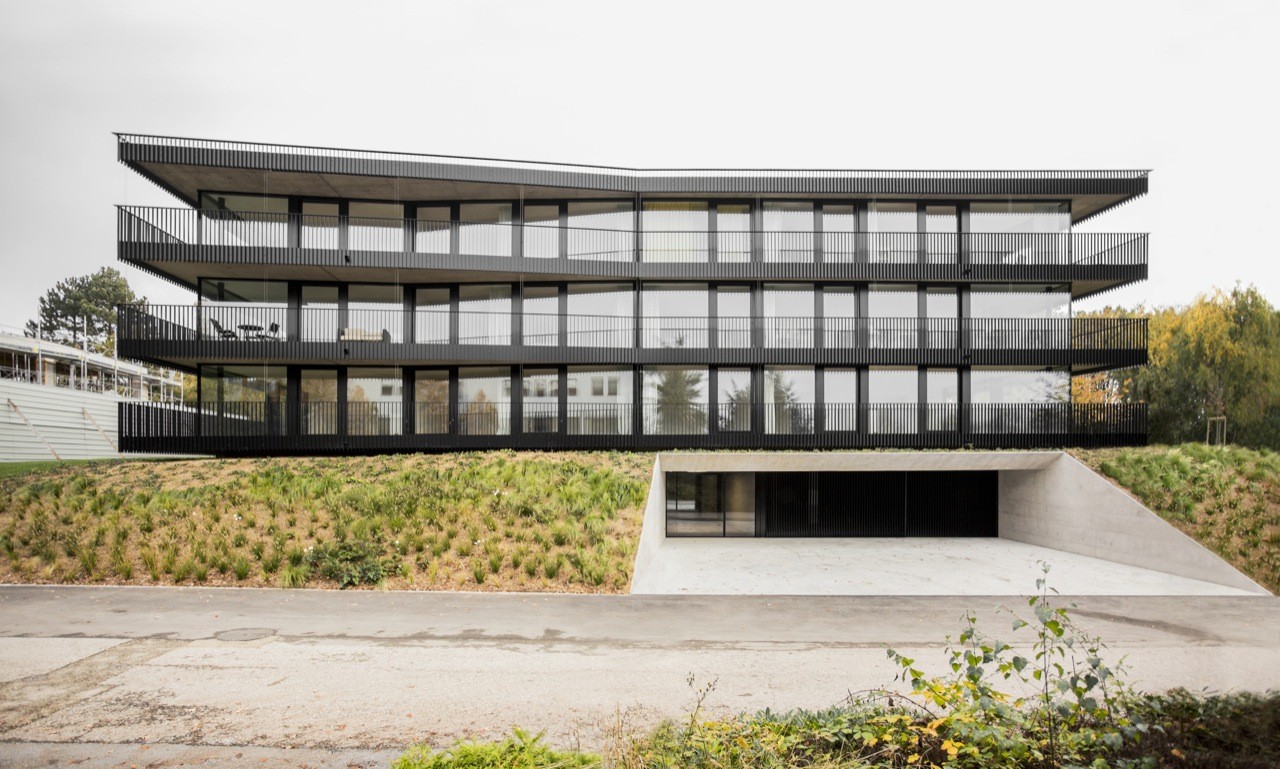 Text description provided by the architects. St. Sulpice nestles on a southeast-facing slope surrounded by a thicket of mature trees. Rimmed in dark metal, three floors of apartments, wrapped in balconies, look onto surrounding woo- dland, which reflect off the floor-to-ceiling windows. The ap- proach to the building and underground parking is gained via a dramatic overhang. The apartments sit above, appearing to float.

The floor plan is organised concentrically on four floors around a central, light-filled stairwell. A layer of bathrooms, storage and hallways on the top three floors forms a mediating layer between the outer rooms and the central circulation.

Each apartment opens onto a balcony with two sides. Despite the fully-glazed facade, the building achieves the required level of energy efficiency due to the compact organisation of the plan. 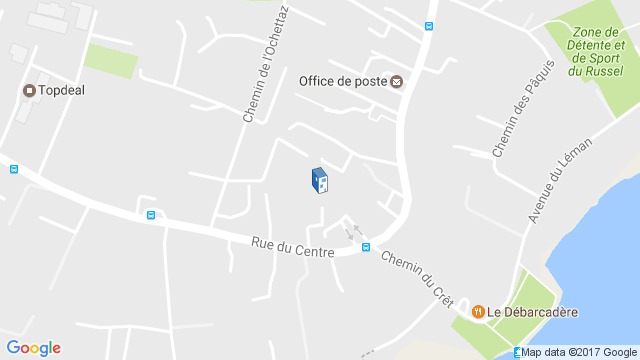 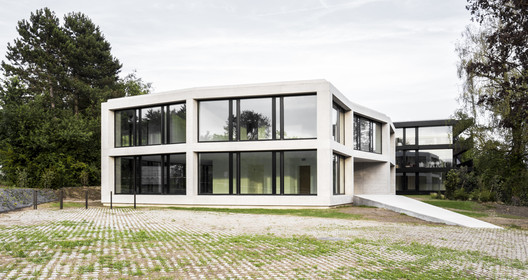