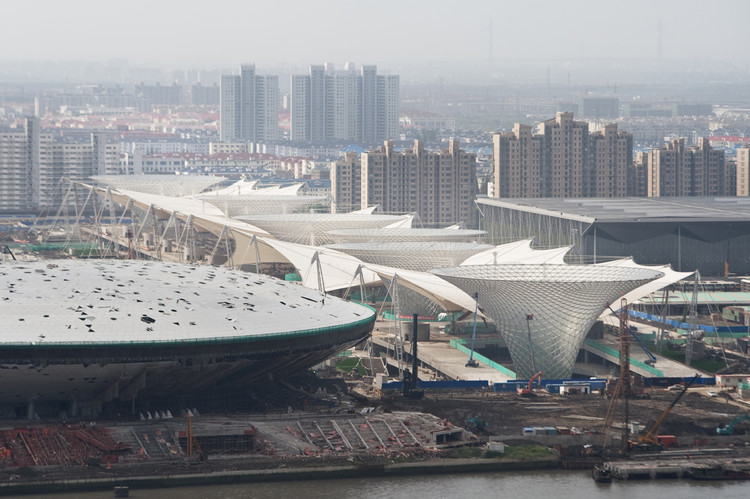 Text description provided by the architects. After the Olympic Games in Bejing, the Expo in Shanghai is the biggest international event. At the time of the opening in May, the organisers expect over 70 million visitors. The slogan ’Better City Better Life’ puts life in the cities of the 21st century at the heart of the exposition. Besides the China-Pavilion, the Expo Boulevard is the largest and most significant building on the site. It forms the central entrance area and provides 350,000 m2 effective area for numerous facilities for the exposition. Via the round 1 km long and 100 m wide axis, which stretches across the entire site to the Huangpu river, the visitors are guided to the various national and theme-based pavilions. The Expo Boulevard is one of five buildings, which will remain after the world exposition to form the centre of a new urban district of Shanghai in the long run. The winning competition design for the central boulevard originates by the architectural and urban design practice SBA from Stuttgart.

The Expo Boulevard is covered by a membrane roof with a total surface of 65,000 m2, the currently largest of its kind world-wide. With a free span of almost 100 m, it sounds the limits of technical feasibility. The roof is carried by 19 interior and 31 exterior masts and by six funnel shaped framework shells consisting of steel and glass. It has a height of 45 m and a free projection of 80 m. These so called Sun Valleys direct natural light into the basements.

The design and development of the structure originate by SBA international & Knippers Helbig Advanced Engineering Stuttgart / New York. In terms of structure and shape, the roof structure lives up to Stuttgart’s tradition of the internationally respected lightweight constructions. By these means, it continues a row of outstanding architectural engineering works, such as the tent construction of the German Pavilion at the World Exposition 1967 in Montreal, as well as the geodesic frame- work-dome for the American Pavilion R. Buckminster Fuller.

The Expo site is located at the Huangpu River west of the town centre Pudong. The Expo Boulevard and the main part of the Expo – national and theme-based pavilions, as well as innovative urban concepts – Better City, Better Life – are based on the south side of the river. In 2007, the concept of an open entrance and boulevard building, embedded in the landscape, took the architecture firm SBA, Stuttgart / Shanghai into the final round of the international competition for the entrance-building of the Expo 2010 in Shanghai.

The design concept comprises a compact structure to accommodate all required public facilities, such as box office, security gate, restaurants, shops and central allocation points. The 1,000 m long and 100 m wide axis is lowered by two- thirds into the ground. Spacious lateral slopes flood the floor levels with light and air. This creates a large-scale terrace on the building, which was originally planned to be covered with a wide-span roof comprising a glazed grid shell with triangle meshing. Knippers Helbig Advanced Engineering supported SBA since August 2007 by developing the structural system. Nine mega columns comprising a glass-steel framework bear the main load while rows of slim pillars support the edge of the roof. In a preliminary scheme, the glass roof structure has been optimised in design studies. The main emphasis was on the reduction of the pillars and on adapting the mega co- lumns to the modified space allocation plans. Approximately three months after the start of the planning stage, the basic conditions had changed. Consequently, the client requested the planning of a membrane roof instead of a glass structure. A decision was then made in favour of a solution retaining the Sun Valleys, which are vital for the concept, and featuring a spacious supplemental membrane roof. This way, the Expo Boulevard stands within the tradition of Stuttgart’s interna- tionally respected lightweight constructions, which was first established in the German Pavilion by Frei Otto at the Expo 1967 in Montreal.

The membrane roof obtained its current shape in three fun- damental steps of development: The structuring of the large scale triangles is not only taking static demands into consi- deration, but also numerous constraints by streets, bridges and tram stations, which had already been allocated in the layout. This overall planning also had a restrictive impact on the height of the exterior columns and the steep back stays. With their wind suction cables and hangers, the centre masts minimize the distortion of the membrane under wind load and bear the major part of the vertical loads, as well as uplifting loads. The inner connection rings and double layered membrane serve for load distribution and reinforce- ment of the membrane at the load concentration of the inner low points. 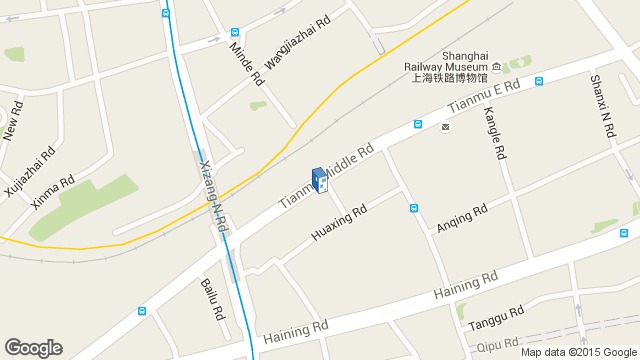