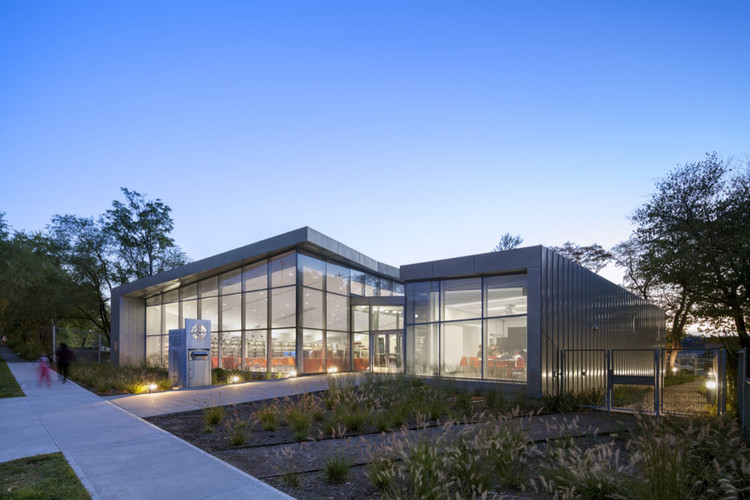 Text description provided by the architects. Mariners Harbor had been calling for a branch of the New York Public Library since the 1930s.

The area has a rich maritime and oystering history, and the residents' critical needs include job search, computer/multimedia access and training, after-school support, gathering spaces, as well as the library's traditional function as a book repository.

The new building, sited between residential and industrial blocks amid dense foliage, derives its asymmetrical two-volume form from the biological image of a cracked-open oyster shell, its roof's rough exterior concealing the bright pearls of knowledge within.

Accessible from South Avenue, its plan maximizes site scale through integration into the neighborhood context, making it accessible and welcoming.

The slight shift and bending of the library’s volumes create a hospitable entry and transition to its interior. There, a larger volume containing reading spaces, and a smaller volume containing support functions are organized along an open, glazed, central circulation spine linking all services. A community room with audiovisual equipment is accessible at the main entrance, while a terrace in the back garden, with native vegetation and mature trees, is available for patrons’ enjoyment.

The metaphor of knowledge as enlightenment is literalized through ample glazing and daylight, providing an adaptable, democratic, and altogether welcoming environment, well suited to the 21st-century library's role as its community's academic and social anchor. 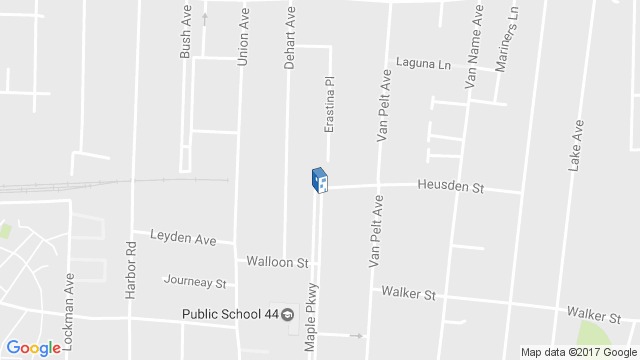 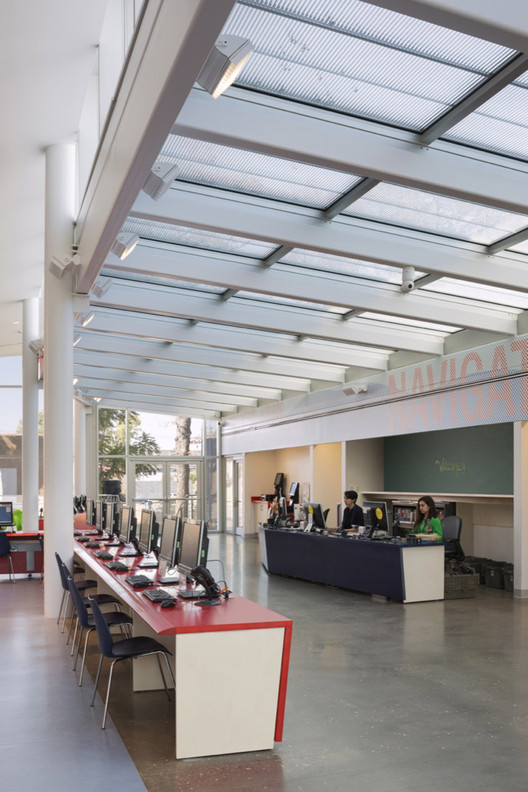