SCAPE / Landscape Architecture and Rogers Partners have envisioned a new public gateway for the Mississippi River’s “one true waterfall” - St. Anthony Falls in downtown Minneapolis. Named after being the city’s original site for its 19th-century water supply and fire-fighting pumping stations, “Water Works” is designed to “weave” together heritage ruins, local ecology, and recreational systems into a “coherent civic space” on four-acres of Central Riverfront.

The design “forms a series of flexible landscape ‘rooms’ and viewing terraces, links bike and pedestrian ways, and celebrates the historic gatehouse and canal in the form of a central interpretive plaza,” explained SCAPE. Together with the landscape and visitor’s pavilion, the scheme aims to “unlock access and opportunity for Minnesotans to see, hear, touch and own the downtown waterfront.”

Designed to be completed in two phases, the design team hopes to break ground on the pavilion and mezzanine by 2016, followed by the canal and gatehouse. The site is located between Portland Avenue South and the Third Avenue Bridge, and between First Street and the Mississippi River at the convergence of multiple riverfront destinations.

“The Water Works site is where Minneapolis became the city it is today and has long been a point of convergence: between water and land, industry and recreation, and of cultures from across the world. St. Anthony Falls has attracted and captivated people – first Native Americans, and later, settlers who harnessed the power of the falls through a massive intake canal then unheard-of in size, turned Minneapolis into the world’s milling capital, and spawned timeless global brands like Pillsbury and General Mills,” said Tom Evers, Executive Director of the Parks Foundation.

“With great talent and skill, and through a deeply collaborative community-based process, SCAPE and Rogers Partners have created a schematic vision for a four-season park on St. Anthony Falls that meets the needs of 21st-century residents and visitors, while celebrating and reactivating the most compelling features of the site.” 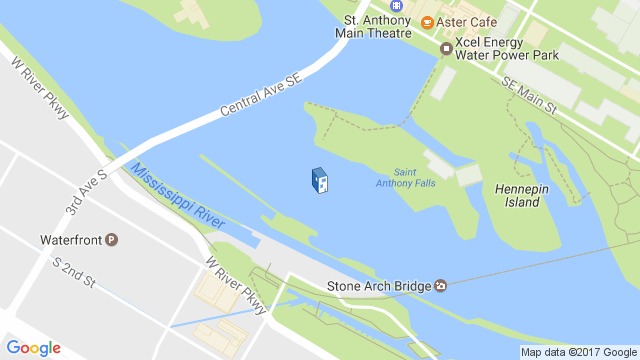