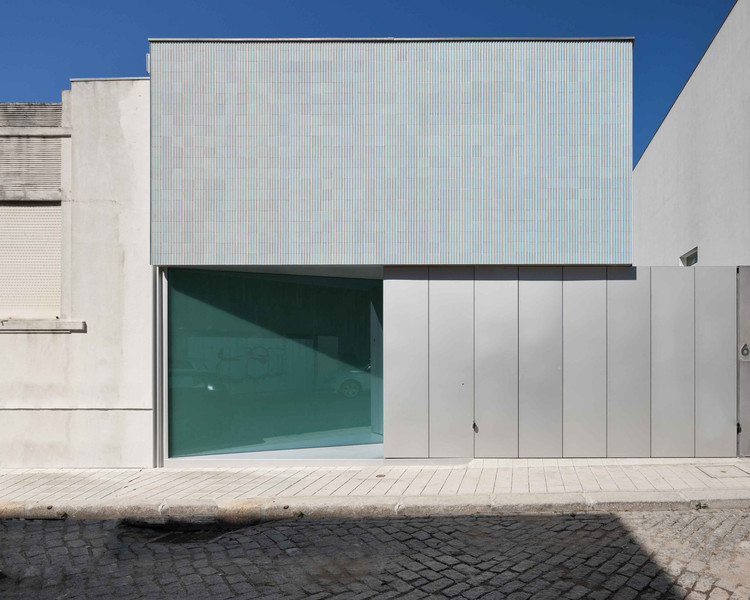 Text description provided by the architects. The surroundings to the plot are characterized by medium density consolidated residential aspects despite being so close to Boavista Avenue.

The house to rebuild, with three fronts, intends to establish, or re-establish, a clear volumetric relation with the adjoining dwellings, although, simultaneously, with a degree of formal autonomy and relation with the terrain. Originally this house established a relation with a twin house situated on the plot to the north, which disappeared when it was subjected to a similar intervention. At present it is intended to re-establish a relation, though of completely different nature – by contrast and continuity. By contrast in volume, intended to be much lower and establishing a direct reference to the row house with wall moiety on the lot to the south, with only two floors, one being half buried; by continuity through the ground-floor and materials that characterize it.

In the perspective reading at the street level (from north to south) will be clear this continuity relation with the lower level, as well as the construction volume in harmony with the existent house to south, providing an excellent framework of the set.

The decision that will ensure the formal autonomy is its deployment as a courtyard-house, allowing bigger resting areas on the ground-floor and intimate relations between them, the outside spaces of the house and the interior of the block.

The east and west elevations are, at the upper level, totally blind and defined by textures glazed tile panels, characteristic of the city of Porto. The blind west elevation is justified by not violating the neighbouring parcels, as well as prevents the reading from this upper level extremely uncharacterized.

The use of the tile, giving new life to a Portuguese tradition, comes from the intention to explore its formal and plastic possibilities rather than only its chromatic possible variations. The tile has also the advantage of being a finishing material that requires basically no maintenance, one can use it over any constructive system and it’s eternal. We are interested in its natural qualities, its colours, textures and ability to be worked according to the different perspectives, as a different entity. 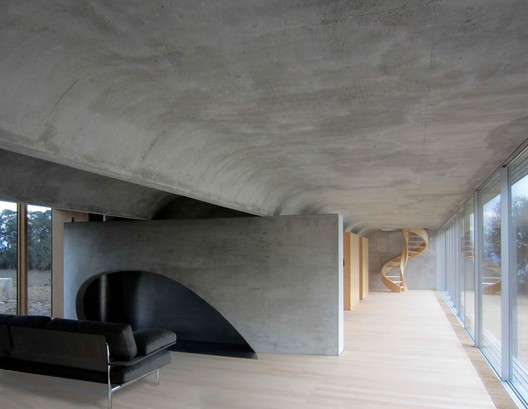