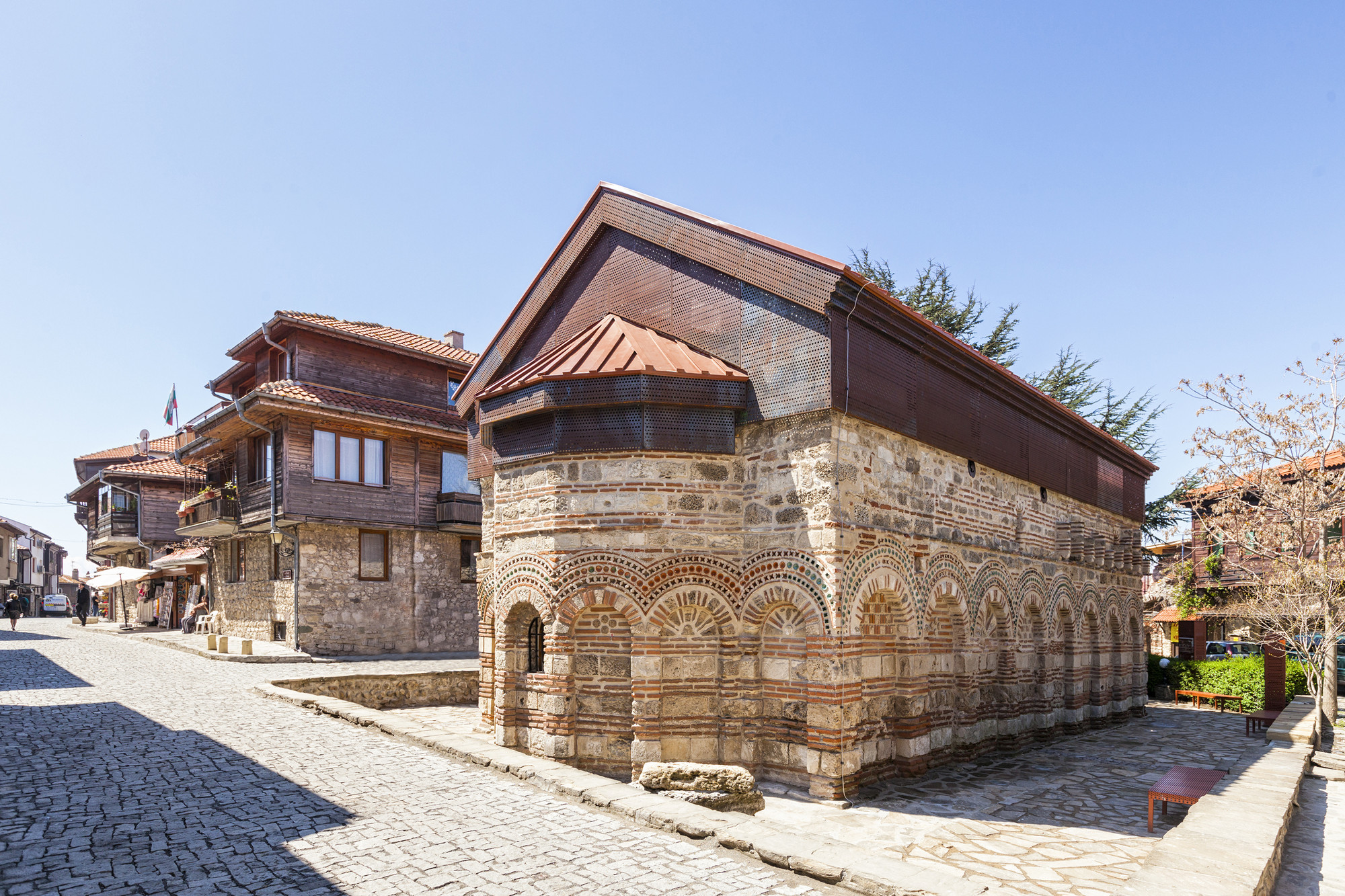 Text description provided by the architects. The Ancient city of Nessebar is listed in the UNESCO World Heritage List. The city is a unique example of a synthesis of the centuries-old human activities in the sphere of culture. It is a location where numerous civilizations have left tangible traces in single homogeneous whole, harmoniously fitting in with nature which is preserved until present times in an aggregate living urban organism.

“Saint Paraskeva” church was built in the 13th century and is a vivid representation of the sacred constructions` aesthetic principles in Medieval Bulgaria.   It is considered one of the best preserved single nave, vaulted churches covered with gable roof.  It outstandingly reveals the main ideas for façade composition for such type of churches, richly ornamented with decorative elements – glazed ceramic circles and small bricks. The church is also a valuable historical evidence for the overall development of the Eastern Orthodox sacral architecture during the thrive of the Western Gothic.

Notwithstanding the destruction of nearly 1/3 of the original volume and height of the church during its 7 century history and several restorations and different other interventions, its original substance is comparatively well preserved.

The urban structure of Nessebar has changed radically from the Middle ages till now. The church was planned and built as an urban focal point, subsequently it declined to a functionally deprived museum specimen in the nowadays urban ensemble, a picturesque urban landscape for the dynamic city life around.

Concept of the intervention

“Conservation, restoration and socialization of Saint Paraskeva church” project is a result of an architectural competition organized by the Bulgarian National Committee of ICOMOS together with the municipality of Nessebar and the local museum.

The gradual change of street level around the church, the loss of significant part of its height, together with its weakly indented volume bring improper associations that the church has been built in later period. However the team considers that the church possesses the qualities of a major structural urban element. The contemporary intervention restores the key role of the building in the urban composition and its character as a bench mark in the cityscape.  In addition – the programme of the use of the church helps to regain its functional significance for the city.

The interventions in the monument follow the contemporary principles of conservation theory and practice for revealing the original substance and for respecting the different phases of the history of the object.

Very precise and careful preservation of all original elements and late harmonic interventions is carried out.  Contemporary means and techniques are used to recreate the spatial features of the church while only elements with indisputable evidence are restored, avoiding any hypothetical restoration.

For the interpretation of the original building structure in the interior and exterior are introduced perforated Cor-ten sheets. The material harmonizes well with the colours of the church, meanwhile it is definitely being recognized as contemporary. The typical alternation of brick and stone layers in of the original masonry of the façade (opus mixtum) has been recreated with different sizes of the perforations of the steel sheets.

In the interior, the vault has been interpretedby discreetly lightened semitransparent stretched roof.  Thus the volume, proportions and the essence of that sacral placed have been recovered.

The new materials barely touch the original structure and the contact is as minimum as possible. All interventions are reversible and the original substance has been protected from further damaging.

There are several scenarios for external artistic lightening, depending on the activities to be carried out in the building.

The church building has always been a public focal point, mediator and interpreter of culture and information. The new function continues that important role for the city in its historically determined place.  The main concept of the project is to create the possibility for the church to become a cultural-informational hub with diverse functions –exhibitions, concerts, 3D projections, cartoons, documentaries,art films, related to the historical development of the city, its cultural monuments and for common education of cultural heritage.

The church is adjacent to another one of the same period. Situated in a joint public square with direct visual connection between them and similar façade decoration, the two churches undoubtedly are perceived as an ensemble. This common public space has provided for manifestation of the aesthetic, functional and semantic unification of both churches and to additionally stress on their joint appearance through their environment unity – common urban design, artistic lighting, urban furniture and pavements. There is a possibility to export part of the internal cultural functions outside the church – on the square, which will turn the square into an interactive cultural forum – informal place for meetings, conversations, recreation and cultural inter-relations. 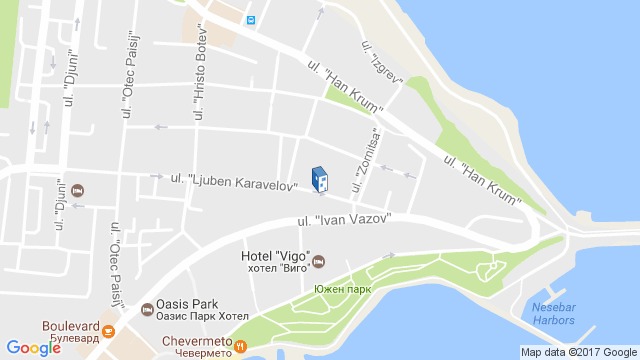