Paris-based firm 1024 architecture has created Vortex, a generative light sculpture located within the Darwin Ecosystem Project’s green building in Bordeaux, France. The “architectural fragment” consists of scaffolding, raw wood, and twelve lines of LED light. With colored LED lights appearing to shoot across the structure, a new spatial experience is created, which also informs viewers about energy consumption within the building.

Learn more about the structure and 1024 architecture after the break. 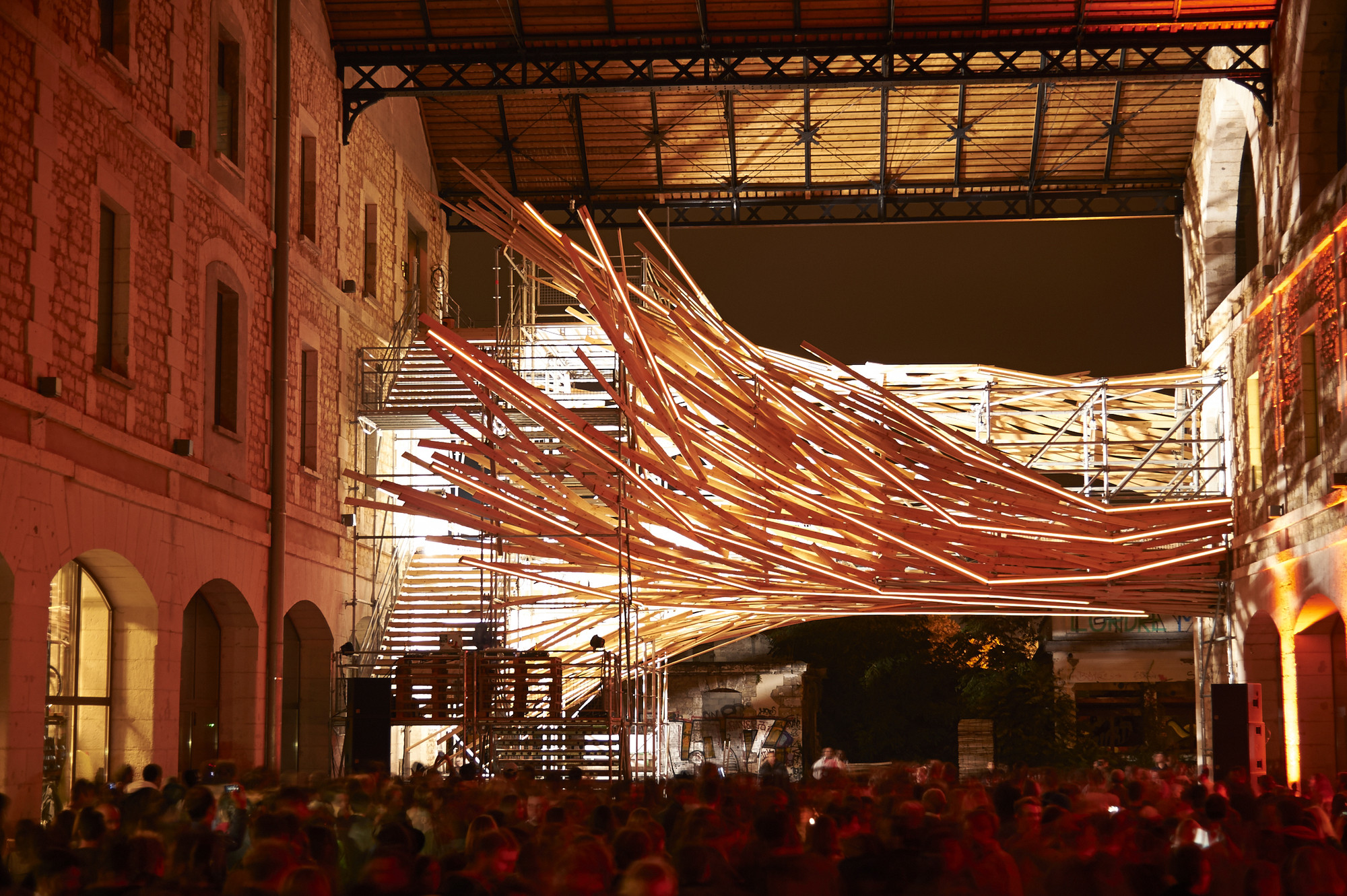 Vortex builds upon a combination of these eight elements by using organic materials alongside new technology. The structure wraps around a footbridge between two buildings causing the bridge itself to dematerialize behind a complex matrix of light and wooden planks.

“Vortex evolves like a living organism; it breathes, trembles and emits pulses of light created using 1024’s MadMapper software.” The structure can be manually controlled via joystick, synchronized to music, and also displays its location’s energy consumption with a series of illuminated tubes.

By interpreting and displaying energy conscious data as a sculptural spectacle, Vortex integrates a functional environmental tool with art and architecture.