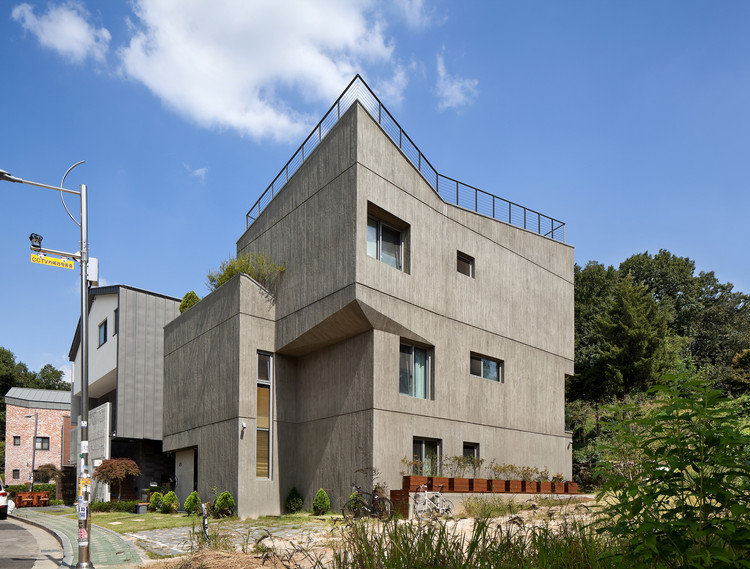 ‘Silentium(1)’ is situated in a plot for detached houses in a new housing site development district. The district follows the layout typical of new towns planned by city planners with high story apartments, groups of detached houses, and neighborhood facilities.(2)

At first glance, the area for detached houses seems to have changed from the monotonous landscape of the new town, which is dominated by apartment buildings. Unfortunately, rather than providing interesting spatial diversity, the area has actually produced a visually noisy area where the ambitions of capitalists and architects have resulted in a hodgepodge of trendy materials and colors. Furthermore, privacy is made difficult for tenants because of the way the land has been divided, not only in shape but also in size, as well as the narrow width of the roads. Consequently, there is the strange phenomenon of all the wayside window blinds being simultaneously pulled down at sunset.

The design of this house started with an architectural strategy for a silent exterior. A simple front defined as the concrete wall plays a key visual role by neutralizing the disorderly materials around it. Also, by blocking the gaze of passersby, the wall acts as a border to allow the residents to decorate the interior to their own tastes, while at the same time screening sunlight from the west. This border also serves to satisfy the client’s desire to decorate each space according to each resident’s personal taste, so as to fulfill his intimate understanding of each member of the cohabitating three generations.

As the family is a large one, a generous portion of the space is allotted as rooms for each member, inevitably making the communal space relatively small. It is particularly hard to plan enough indoor and outdoor space for the resident’s four little children to run around and play in. Even before considering the programme, the capitalist logic of utilizing the maximum amount of space possible, makes construction of an outdoor space at ground level much more difficult.

Silentium’s strategy is to use the roof as an outdoor area rather than utilize the barely spare slips of space on the ground level. The nostalgic image of a hill at the end of the alley became the motive for the different width, height and slope of the stairs. These stairs become a path that lead to the roof, which in turn is defined as a playground. Extending both inside and outside the house, the stairway will provide a plentiful communal space for the entire family to share.

(2) Silentium is situated inside the planned unit district of Gwanyang dong, Anyang-si. District Unit Planning manuals generally provide instructions for building to land ratio, floor area ratio, colors of buildings, shapes of roofs and walls, in an attempt to regulate the city scenery. 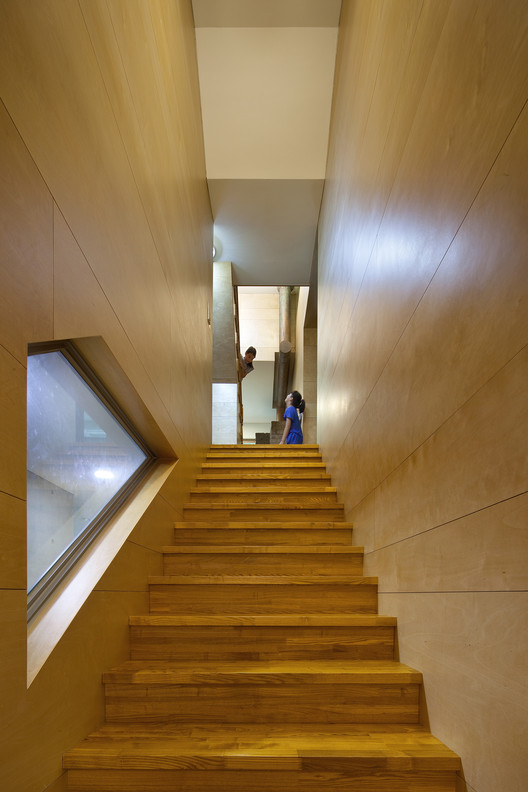