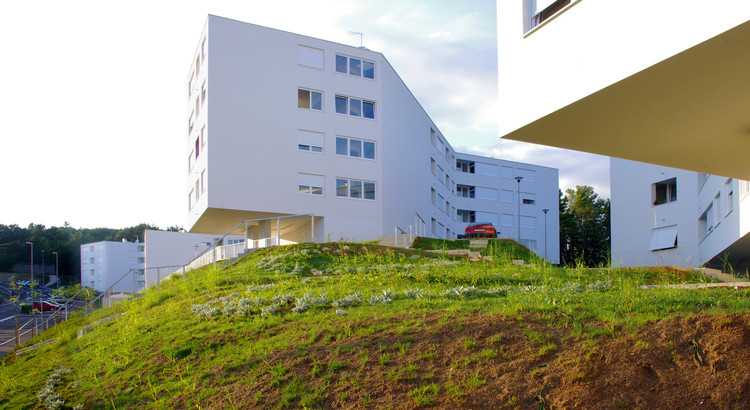 Text description provided by the architects. This project for affordable housing for the City of Rijeka was the result of an architectural competition. The city asked for an urban design solution to place 80 condominiums in 3 - 5 buildings each on its own newly formed lot. In addition, a playground, park areas, fire lanes, and 120 parking spaces were to be provided. The condominium sizes and each room areas were specified. City zoning and building codes were to be applied.

The topography of the site is like scrambled papers: 15’ over 15’ of dip in one direction, than 10’ over 20’ rise in another direction and so on. On the highest elevation there is a small circular wetland. The entire site used to be a habitat for a dense forest with varied species.

Edge of the city

The project focuses on articulating the edge of the city – where human habitat meets the forest. The buildings are placed perpendicular to this edge, so that urban environment and forest have an opportunity to merge into a new kind of environment.

To preserve as much of the site qualities as possible, the buildings follow topographic contours at the same elevation as the two surrounding streets. The chosen topographical contours are then mathematically interpolated to three segment polylines that form a building shape with two “bends” and three variable lengths segments. These variable segments allow for flexible programming of different apartment sizes while the “bends” become vertical circulation spaces.

The ratio of floor area to perimeter is thus increased, allowing for well-lit apartments with through-views and three-sided views. Every condominium gets a view of the city and the forest, and most of them also have a view of the Adriatic Sea.

The buildings are lifted off the ground with empty ground levels, thus making the entire site and surroundings usable and perceivable. Also this way subterranean condominiums are avoided. The spaces between and underneath the buildings are varied and rich due to the interplay between site topography and building configurations.

People use the entire site, regardless of where they live. They walk underneath and between the buildings and across the site; they meet along the many pathways, or under the buildings at the edge of the forest, or on the large play area in the center - the highest elevation point with the strongest connection to the broader surroundings. 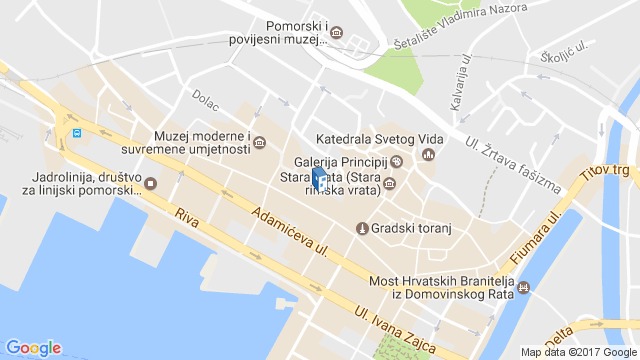 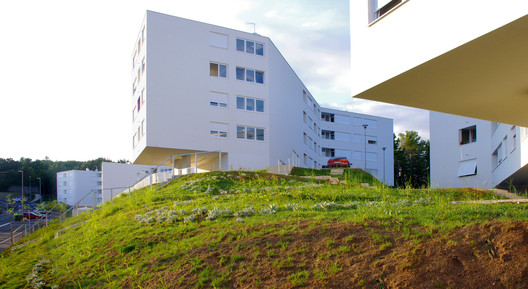