Save
ARCHILIFE: Hollywood Stars Chill Out in Modernist Masterpieces
Share
Or
Copy

Federico Babina is back, this time bringing some cinematic life to the world's most well known modernist interiors with ARCHILIFE. "I have never liked the lack of life in the architectural representations that are often aseptic, clean and neutral," explains Babina. "I often enjoy imagining what life would be like in these static images."

The images show history's most famous film stars living out their daily routines in some of our favorite homes, bringing "the banality of everyday life" to these myths of both Architecture and Cinema. "We are used to perceiving and reading architecture as a set of almost metaphysical spaces. In a similar way we see the actors as characters and not as people," he says. "I wanted to try to reverse these patterns: to transform the interior into 'houses' and the actors into 'people'."

From Marilyn and Mies to Caine and Kahn, the stars get a home to match their temperament, in which to relax, watch TV, meditate - and yes, to clean and tidy too. 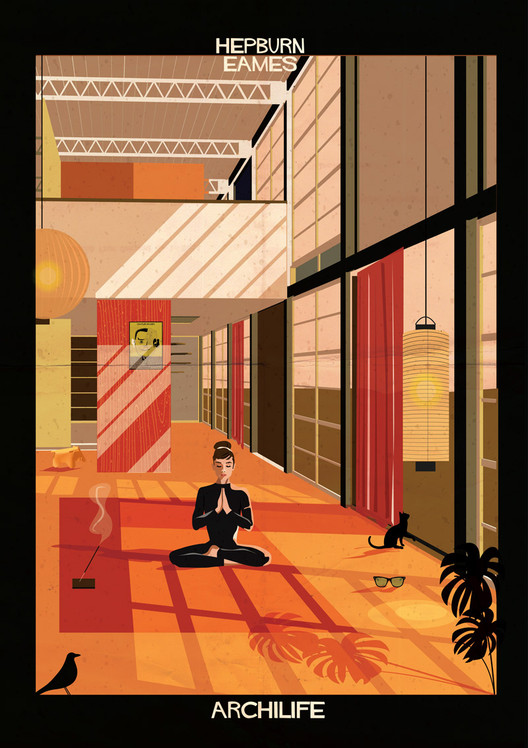