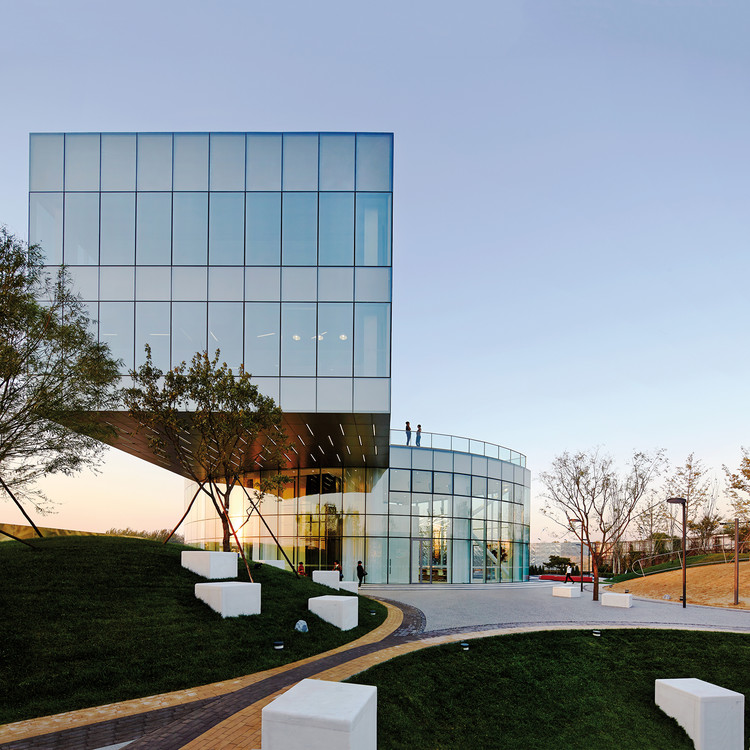 Text description provided by the architects. CLOU’s design for the Vanke-Shoukai Mixed-use Development Daxing aims to blur the boundaries between indoor and outdoor spaces, and between retail and recreational zones. It creates a large open park between high- and low-rise blocks, where the human scale predominates and spatial transitions encourage voluntary discovery.

The development is at the epicentre of a larger master plan for the Daxing district in southern Beijing. This district will act as a major destination between the future airport and Beijing’s central core – a gateway to the capital. Located north of Nian Tan Park on two adjacent plots of land, the Vanke-Shoukai development will also provide an urban datum that facilitates connections between the city’s major focal points.

Incorporating an office tower, serviced apartments, a mall, a commercial complex and a park, the development will serve as a new centre for leisure and business. “We aimed to create a variety of atmospheres and scales, and a range of interior and exterior spaces,” says SPARK Director Jan Felix Clostermann. He continues, “We hope this hybrid of urban and ‘natural’ spaces will be a successful model for anchoring a newly developing peripheral area.”

The design for the south plot incorporates a 120-metre-high office tower, a Citadines serviced apartment tower, and a shopping mall. The design approach is to break away from the conventional podium/tower typology where the volume is typically introverted. Rather, the podium is pierced and shaped by two main axes that allow for fluid mobility through it. The effect generated is akin to streets running between city blocks. Clear distinctions are made between the multiple programme components by cut-outs that reveal negative space between the building volumes.

The serviced apartment volume has been placed strategically to maximise views toward the north and south parks. It will primarily act as a destination for business, given the close proximity to the future airport in the south of Daxing. Attention has been paid to connections with the retail street. The design intention is to encourage guests to meander and capitalise on the available shopping and dining opportunities during their stay.

In the mall, large internal terraces act as extensions of the shop fronts. Escalators and walkways connect to the adjacent terraces and weave the development into the 3D urban pedestrian network. The terraces are able to accommodate temporary booths, open bars, dining, or even casual relaxation zones.

The design for the north plot incorporates office and retail zones positioned at each end of the new park. The park, embraced by architecture, has been imagined as a “programmed void” – an open space that accommodates a variety of discoverable landmarks including leisure and activity zones, seasonally themed gardens, playgrounds, and a large-scale sunken plaza. The park has been designed to be enjoyed physically at multiple levels, and visually from the architecture that overlooks it.

Pathways intertwine between the activity areas, inciting movement from zone to zone while serving as a loop between the blocks. With multiple protruding balconies, the two-story retail environments on the north plot allow for unhindered views into the park. They are topped by a low-rise office typology.

The northern and southern zones of the development are linked by pedestrian crossings as well as an underground retail passage, allowing for an interwoven ensemble of mixed-use functions that strive to set a new standard in the region.

A public car park below the landscape contributes provides a “park and ride” facility, supporting the existing subway infrastructure.

Construction of the four-storey sales gallery at the northern end of the site has been completed. This building was conceived as a combination of two elements: a circular structure from which a wedge has been cut, and a pragmatic cantilevered office box. Their combination generates spatial complexity that will be echoed across the development and encourage a sense of discovery.

Overall, the design presents a counterpoint to the dense modes of development that characterise central Beijing. It represents a continuation of CLOU’s efforts to focus on the potential of architecture to contribute positively to the experience of the city. 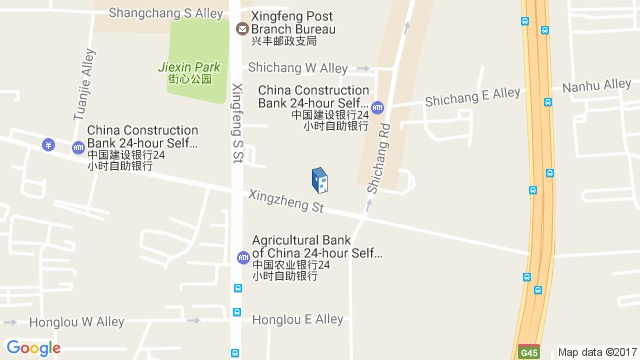