Text description provided by the architects. A protestant church is standing at a rich green residential area at a 10-minute walk from the Shonan beach. The meetinghouse of the 50-year old church became too small and it came to a decision that a new church would be constructed on a new site. People related to the church said, "We wish to have a chapel appropriate to give praise to the Lord. "The words of the Bible are read, and heard in service.

Six roofs
The composition of construction was a one-storied building with a restrained height so that it might harmonize with a low-rise residential area and aimed at creating space appropriate to prayer and worship with the six curved surface roofs at different heights, which allowed natural light to pour down between those roofs. A message got across that six roofs means the first to sixth day from the Creation in the Bible genesis and worship manifests the seventh day.

Ribs of sound and light
Uneven longitudinal ribs were carved at random rhythm to the exposed RC concrete wall of the chapel, and dark gray acoustic boards were placed between the ribs. Conflicting requirement arrived at a solution through striking a balance, by making it easy to hear priests' preach and Bible Readings with concave acoustic boards, and the sound of ecclesiastical music such as hymns with RC convex surfaces. Flutter echo reduces by random rib pitches. Contrast of dark gray concave surfaces against light stands out a light gray brightness of direct sunlight shooting the convex surfaces. Based on the idea that modern church construction has to provide a space to enable the Bible Readings, it came up to mind that the state of direct sunlight shooting through a dark space became a reality in a bright, not dark space.

Direct moonlight
Under the sky of Shonan, we participate in a service, read and hear the words of the Bible and have the time for pray in a space under dynamic direct sun light in the afternoon. Direct moonlight shoots through a pitch-dark chapel at night of the full moon. Time and space like this harmonizes with the regional nature and scenery and hopefully people come to love the construction.

Outdoor terra-cotta cross
Reverenced Furuya picked up 5KG sand by hand in the premises of the previous church and a terracotta cross was made being burned, mixed with the sand. This is because that I wanted to interweave the 50 years' history of Shonan Christianity association and the congregation's desires in it.

Open rainwater pipe
Slits were installed on the outside wall at the lowest position of circular arc to make it open rainwater pipes. As a result, it could be enjoyable to see rain flow in the gutters and leaves don't block the gutters in spite of abundance of pine leaves.

Direct sunlight and prayer
Space where direct sunlight reveals various expressions according to times is suitable for one person's or several people's prayer. In the afternoon after prayer, it becomes a space for prayer by the small number of people and direct sunlight changes the number of the ray from one to two or three and its angle by the minute.

The Creation relief tile
Under the six roofs, relief tiles in the motif of the hand of God for the six-day Genesis are buried on the north-south walls. Unbaked tiles were engraved with original pictures from Genesis and burned one by one. The tiles were colored with transparent thin blue with the image of morning haze. The pictures of six days were delicately different in design between south and north, and added the enjoyment to find a picture not only in the chapel but in various rooms including the anteroom, rest room, baby room and pastors' room.

Structural design
Structural design was based on box frame type reinforced concrete construction with sufficient amount of wall 300mm thick in a longitudinal direction and thin steel moment frame on the short side direction. Curved slabs in the curvature for one side of 250mm in thickness that composes the roofs functions as beams using the curvature of the slab, and resists the horizontal force as part of steel moment frame. Void slabs were adopted for curved slabs, used to efficiently span them and the wall on the short side direction was given complete structural slits so that it might be relieved from the burden of a horizontal force. 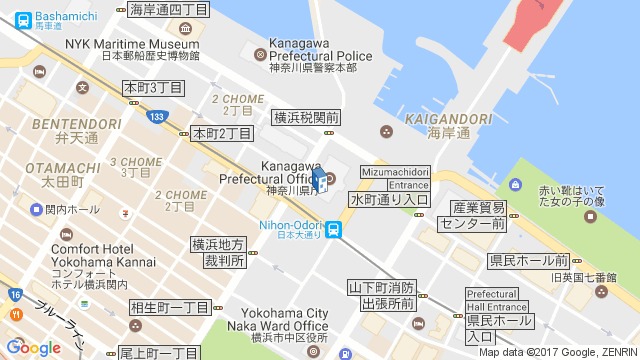