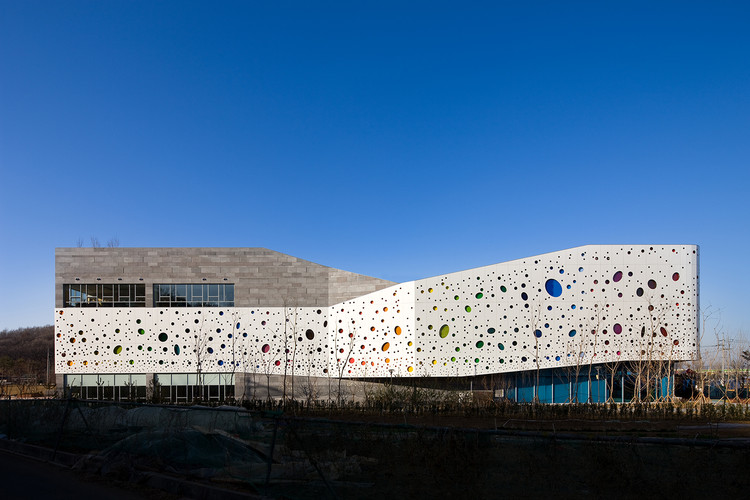 Text description provided by the architects. Incheon Children’s Science Museum is located at the entrance of KyeYang Mountain in Bang Chug-Dong, Kyeyang-gu, Incheon, where the nature and city are continuous. The Incheon City claims this project to be the first children’s specialized science museum ever built in Korea after 10 years of their long-cherished ambitions to promote the project. Therefore, the concept called ‘Sponge that embraces children’s dreams’ was set up based on the geographical context located at a place connecting the city with nature, main users of children and science exhibition, and program context. The concept of ‘Sponge’ was applied in all the design fields from start to finish as a keyword which created an integrated environment of architecture, exhibition, landscaping, and interior design.

The conceptual development was conducted in the direction to realize four icons such as Dream Icon, Eco Icon, Community Icon and Funny Icon. In order to realize the concept, the building shape of tender that is familiar to children, design of irregularity and distinctive perforated elevation (Dream Icon), and diverse outdoor spaces (Eco Icon) where three-dimensional experience is possible for communicating with a city and harmonizing with the building had to be considered. Also the space (Funny Icon) where various sculptures, events and attractions were provided at the central hall connecting all exhibition halls so that many children can experience fun in science, while the flow of site was designed to cross inside and outside of the building naturally (Community Icon). It was intended to become one of landmarks symbolizing Incheon as an exhibition- science museum where children have fun and experience.

Location: The land for a public facility has repeatedly been relegated to the outskirts of the city drawn by an artificial line called the limited development district from the reality that a space with a size enough for a public purpose in the downtown area cannot be secured. The place for this science museum is the last side of KyeYangSan where the spontaneous residential area and artificial limited development district are interconnected in a old town center.

The space contained with a volume was limpidly made not to become an obstacle which blocked the external space created in this way and the relation with an experience place for a ecology that could be cut off from the entry plaza and additional external space was also created as an enough outdoor exhibition space on the north way side was constructed.

Sponge: The project was started from a question how to defined children, a user and what kind of shape a science museum should be, It was pointed out that children had good abilities which they learned knowledge with their minds and bodies based on the intuitive experience rather than learning as if a sponge absorbed water and expressed all the things they absorbed as if water was squeezed from a sponge differently from the adult.

The important elements which conduct the absorption function of a sponge exerted a decisive influence on an image shown the exterior of a sponge as vesicular openings on millions surface. The volume and space where every opening could be filled with children’s dreams and hopes about science were created and the sponge became the object of the work for the conceptual imagery as an object for a specific realization.

Scarfskin: A vesicular opening was realized through the lumber panel with high-density in an imagery work of a sponge. It is not limited to the outer skin without any function for an exterior, but exerts influence with the relation with the quality of the space with a volume. The outer skin was planned with double functions which the day and night were different from the incipient planning stage.

It is expressed as one of icons to local residents because various colored lights are displayed with the energy conservation in an interior space through the natural light during the daytime and the outdoor lighting is made from vesicular openings of a sponge in the exterior at night.

Outdoor Space: Outdoor Space is hidden by surrounded exhibition spaces. Visitors often meet the space between the moving to exhibition spaces and each ends point of the events of exhibition rather than the beginning of journey. Open space gives to green experiences and natural atmospheres. Viewing Area is located within the Open Space to give visitors refreshment and an expectation of next event of exhibition. Roof top garden is planned toward background to Keyang Mountain and also visitors can enjoy a performance at the outdoor theater.

Exhibition Space: The exhibition space is always dark, blocked, and cut off from the external space. There is not much in Korean science museums already built. The concrete survey and methods were considered to realize the exhibition space which the natural light could inflow if holes for vesicular openings were made on the outer skin in this children’s science museum.

As a result, that the sightline could loss the concentration or the exhibition display through ambient lighting was difficult as the exterior is exposed on an opening created to inflow the natural right was the biggest problem rather than the natural light itself. Therefore, the lighting diffused color film with no fear of discolor on the thermopane for the insulation was constructed on the inside, while the lumber panel with high-density was supported on the steel curtain wall on the outside for the indirect light needed to become the concentration of the sightline possible. 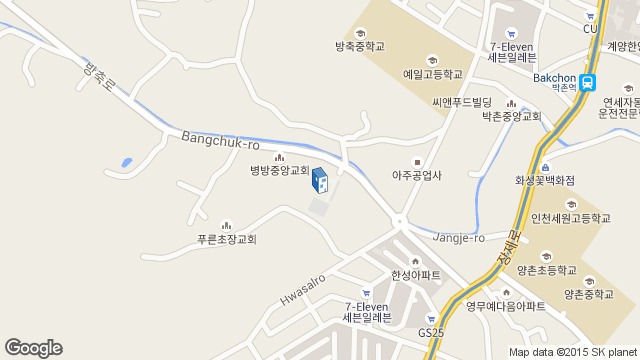 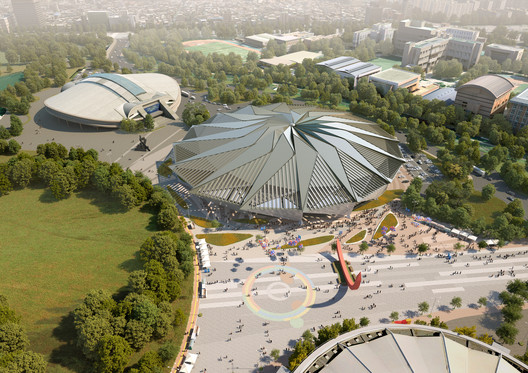 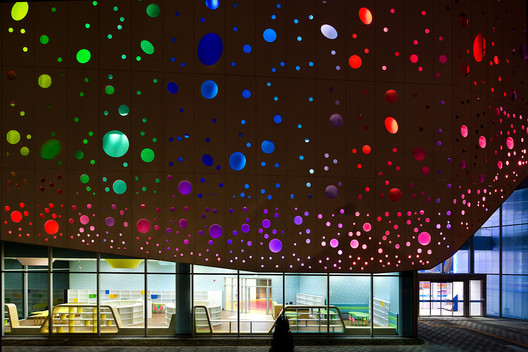 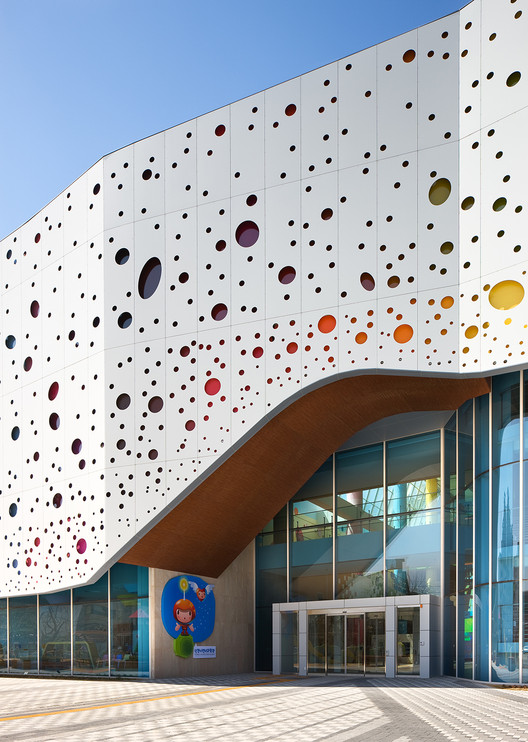 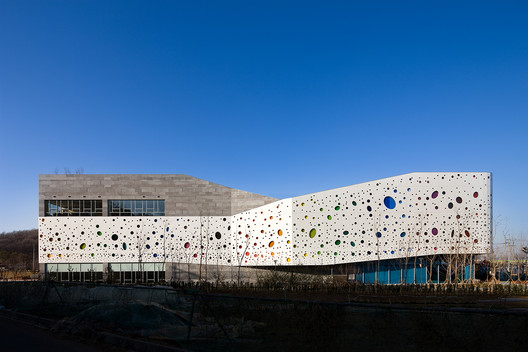