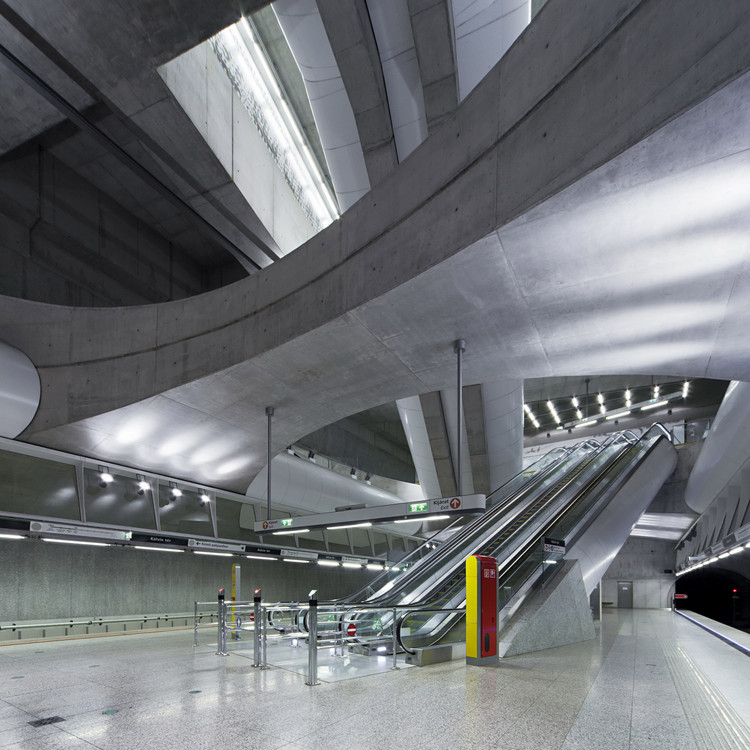 Text description provided by the architects. From the architects: Underground line M4 in Budapest has been the largest infrastructure project of the city for the last decades. Keeping in mind that the quality of public transport areas are an essential part of the general environment of city life, the client chose architects and collected ideas for the project through a national competition in 2004.

The winner, PALATIUM Studio, created a network of smaller firms to cooperate with large engineering companies. In this network, our studio has had a primary role in defining the architectural tasks and the design background; however, the architects worked out a common architectural language together. Thus, similar gestures of handling spaces, functions and materials inform the world of the stations, and at the same time, each station became unique, based on the artistic intentions of the designer.

The line with its ten stations can be regarded as a ‘building with ten wings’, where each wing has its own atmosphere, while they clearly belong together. (See also:Twin Stations)

Kálvin tér is one of the largest stations, due to its position as interchange station with line M3 under a busy inner city square. The complex functional requirements of the station have resulted in a rather complex spatial arrangement. Since the initial decision was to use cut-and-cover construction technologies to create station structures, the basic architectural idea was to use the advantages of this system, and create large open spaces over the platforms.

In our case, the main spatial attractions are the structural elements with their characteristic curved forms. Approaching passengers can feel the drama of movement in space as the escalators are placed freely in the void of the huge open concrete box. Arriving by the elevators through the strata of space holds a similar surprise. The roughness of the surfaces of the large structural elements and the perimeter walls is balanced by the fine finishes of elements closer to the passengers. The interconnection tunnel between the two underground lines has a vivid colour scheme which creates a link between two epochs of urban infrastructure.

The decoration of the station is much more modest: the idea was to give priority to pure architectural elements and the sign and wayfinding system. The pixels of a mosaic tile add up to create a graphic composition, echoing the scores and words of a psalm of the protestant church on the square above. Light as a functional and decorating device has an important role here just as well as at each station. The spatial structure is redefined by direct and reflective lights, emphasizing certain platform and other areas and obscuring others. 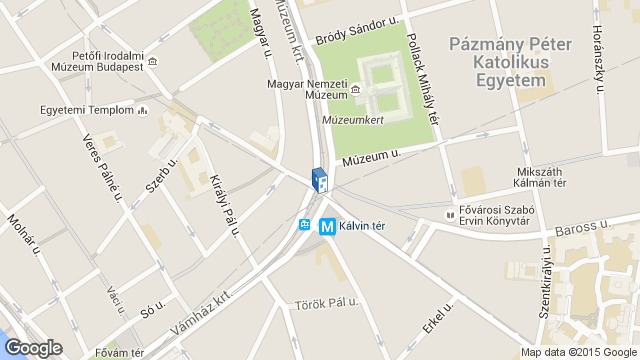