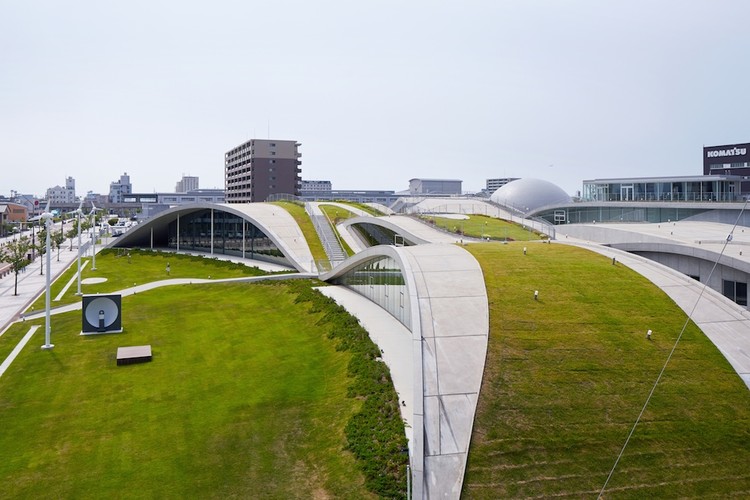 Text description provided by the architects. We won the competition of Komatsu city, Ishikawa to design a complex of science museum and communication center, which was constructed at the former factory site of leading company of construction and mining equipment, Komatsu Ltd.

Komatsu city has always developed as an industrial base focusing on manufacturing. It has been requested to enlighten “inheritance of manufacturing spirit” and “children’s interest in science glowing in this area”, and further take a role as communications bases with other areas in association with the opening of Hokuriku Shinkansen (a Japanese Bullet Train).

The complex itself is constructed of four low-rise waves blending into the surrounding relatively low-rise buildings, and also into the backdrop of faraway grand peaks. The Science Museum is located under the waves and consists of a 3D dome theater, a science experience learning center, a local industrial promotion center, and an incubation center.  There is rooftop gardening at the upper surface of the waves for enhancing insulation efficiency, and it is the attempt to integrate architecture and landscape as a public roof park where people can walk around.

People can stroll freely inside and outside of the broad waves and view exhibits from many aspects. The rooftop curve serves as sweeping canopy controlling light, and also as drains directing rain water into a reservoir for planting irrigation. Wind-detecting LED garden lights are located throughout the whole site and visualize wind. The entire building is intending to be in harmony with science and to encourage the visitor’s various scientific discoveries in practice.

The core design concept has the 3D twist of waves and the organic dynamism which reminds limitless number of cross sections of CT scan. Also, the slab sweeping from the ground and then forming waves and park adds a natural and sensitive aspect to the design. 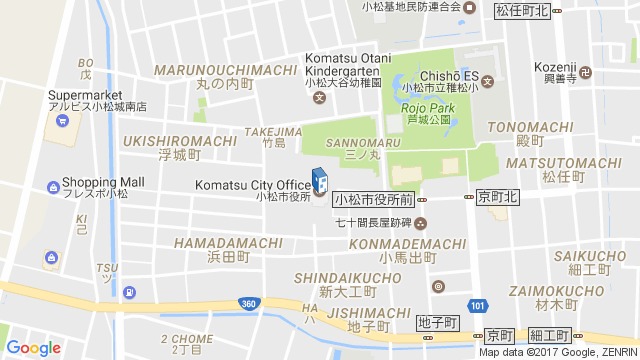