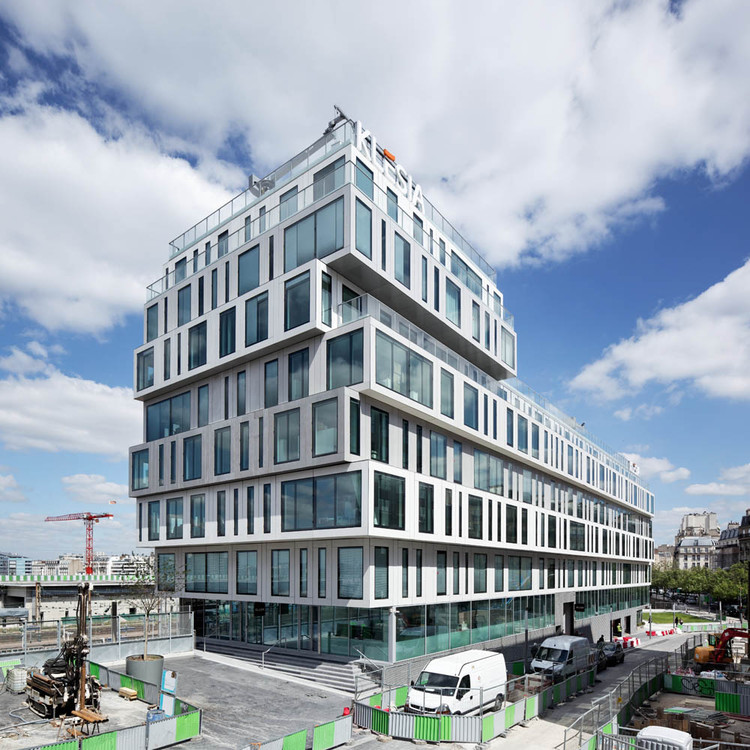 Text description provided by the architects. Slipped in between the city and the railway tracks, the building is an expression of its paradoxical setting. To the south, opposite the future residential blocks and Boulevard Pereire, the mass of the structure is broken down into several horizontal, floor-high strata to reduce the monumentality of the building and lighten the tertiary character of the smooth facades. Emphasised by the use of various shades of grey, the recesses and projections mark out the horizontal and accentuate the view over the new street. This volumetric balance integrates the statutory projections and the two attic levels of the western corner. To punctuate these long facades, despite the regularity of the compartmentalising framework, four modules of different widths bring it all together as a unit. The typology of the vertical picture windows and stone-cladding material make reference to the neighbouring blocks of Boulevard Haussmann. To the east, opposite Pont Cardinet station, the crenellated cut-out of its pointed end gives the building a strong identity.

This recess at the end of the plot also helps to open out the view onto the railway tracks from the boulevard. On the ground, a grassed garden serves as a reminder of the wild vegetation of railway track borders. To the north, opposite the cluster of railway tracks, constrained by the overhead lines, the facade is flat and smooth. The very long horizontal picture windows frame distant views towards the Batignolles landscape. The aluminium-coated frames that surround them create a large-scale, metallic and interwoven composition in harmony with that of the trains that run between the platforms. The various finishes of the metal surface, from matt to shiny, make the frames stand out against each other and produce a luminous haze in the backlight of this long northern facade. The main entrance hall is positioned on the south-east corner where the new street starts. It goes right through the ground floor to afford a view of the landscape of railway tracks and the future district of Batignolles from Boulevard Pereire, thus visually linking the two worlds on either side of the building. 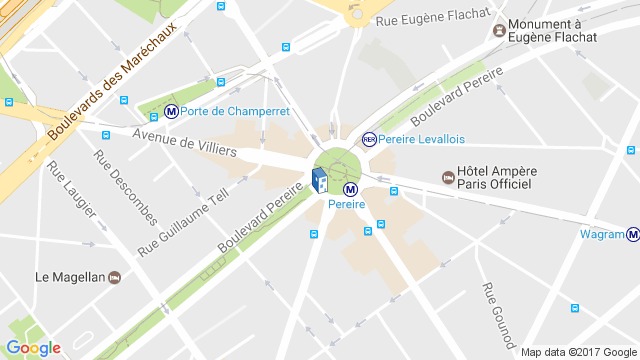 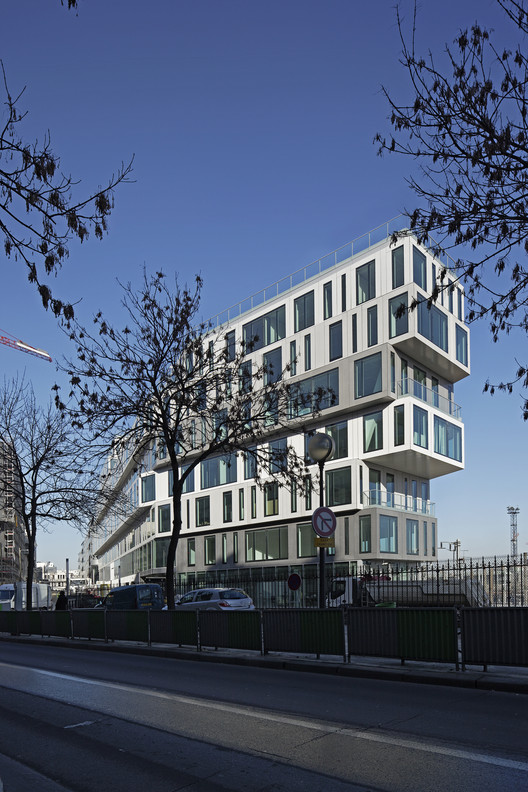