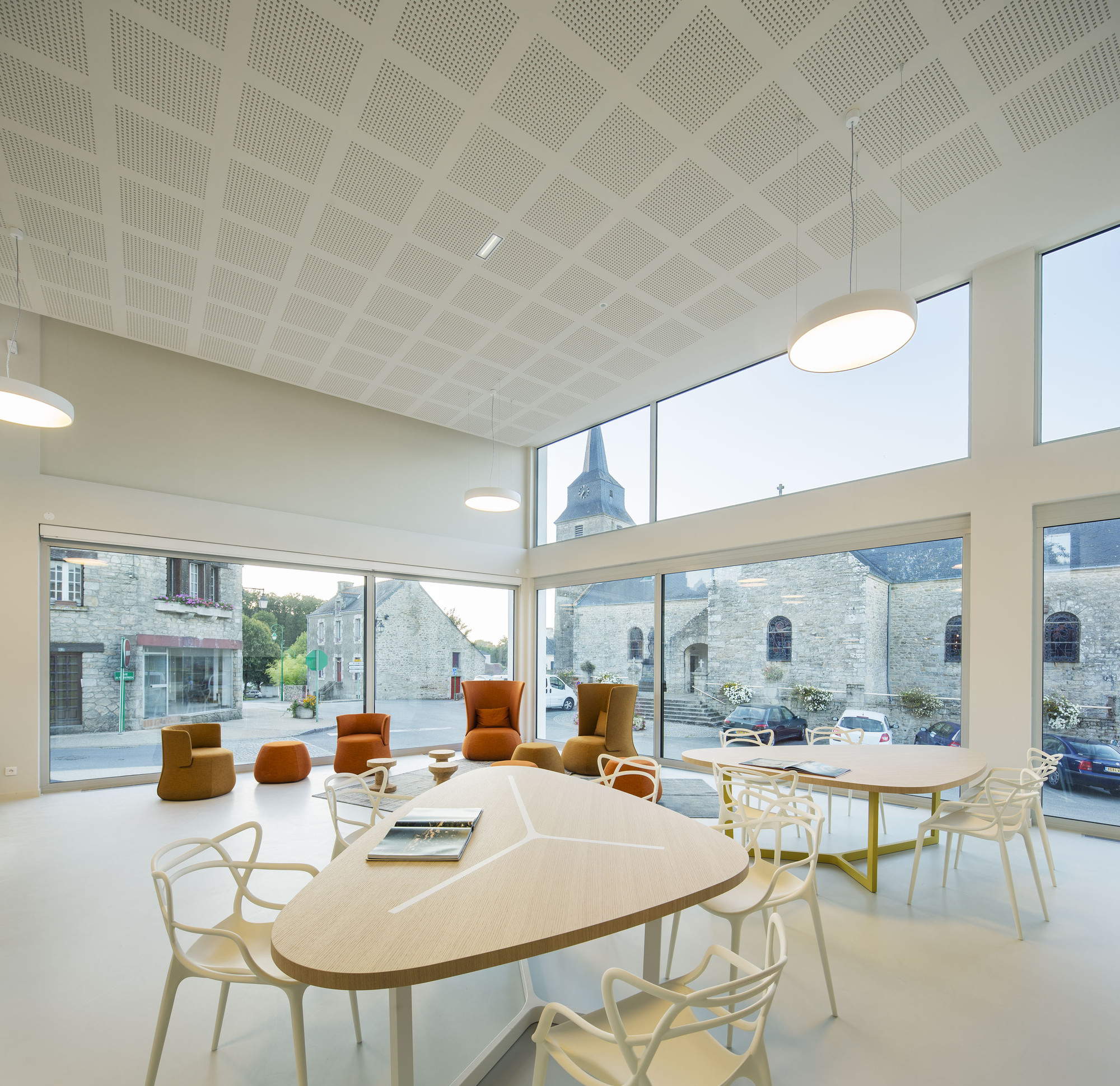 Text description provided by the architects. Monterblanc, seeing the town anew Several towns have attempted to enhance their appeal in recent years by removing some buildings to clear their roads.  However, this resulted in a loss of visual coherence about which it is now time to reconsider.

This very call to coherence is the role of the Monterblanc library, which stands at the center of the village like a great modern hall. From the outside, it offers the town’s inhabitants a central point of focus and, from the inside, a multitude of novel perspectives.

The theme of the main hall plays out here through a white concrete structure supported by a grid of exposed beams and posts, which allows for a framing of the façade by altering the presentation of wood and glass.

From the outside, the form, made from a stacking of volumes, converges perspectives from all points of view, thus translating and synthesizing the horizon of neighboring buildings.  In addition, its mosaic system provides large openings that offer a panorama over the village.

On the inside, the gradual progression of warm zones – activity, noise – toward colder zones determine the arrangement of spaces, including the final stage of mental and physical ambulation: a large window overlooking the church and a major view of the establishment. A quiet and meditative space, the Monterblanc library offers a simple and accessible perspective into the history of its environs. 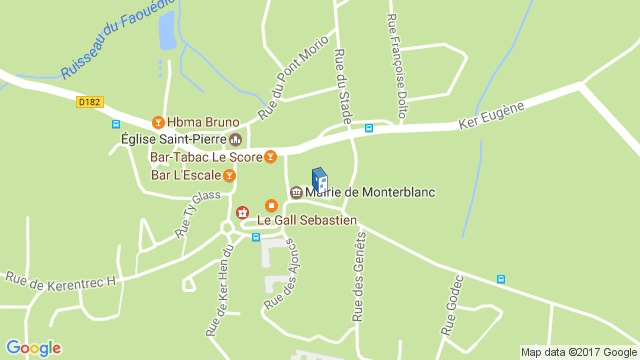 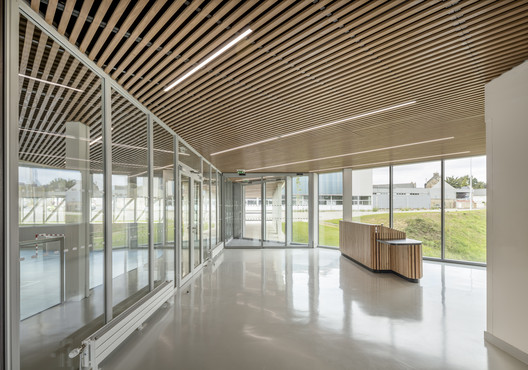