Save
The Latest 99% Invisible: Hundertwasser and His Fight Against the Godless Line
Share
Or
Copy

In the latest episode of his 99% Invisible podcast, Roman Mars digs into the work of lesser-known architect Tausendsassa Friedensreich Regentag Dunkelbunt Hundertwasser. Often cited for his colorful and curvilinear forms, his name translates to “Multi-Talented Peace-Filled Rainy Day Dark-Colored Hundred Waters.” In everything from his name to his unusual ideas put forth in manifestos, it is immediately evident that Hundertwasser was no ordinary architect. Listen to the podcast and check out some of Hundertwasser’s works after the break. 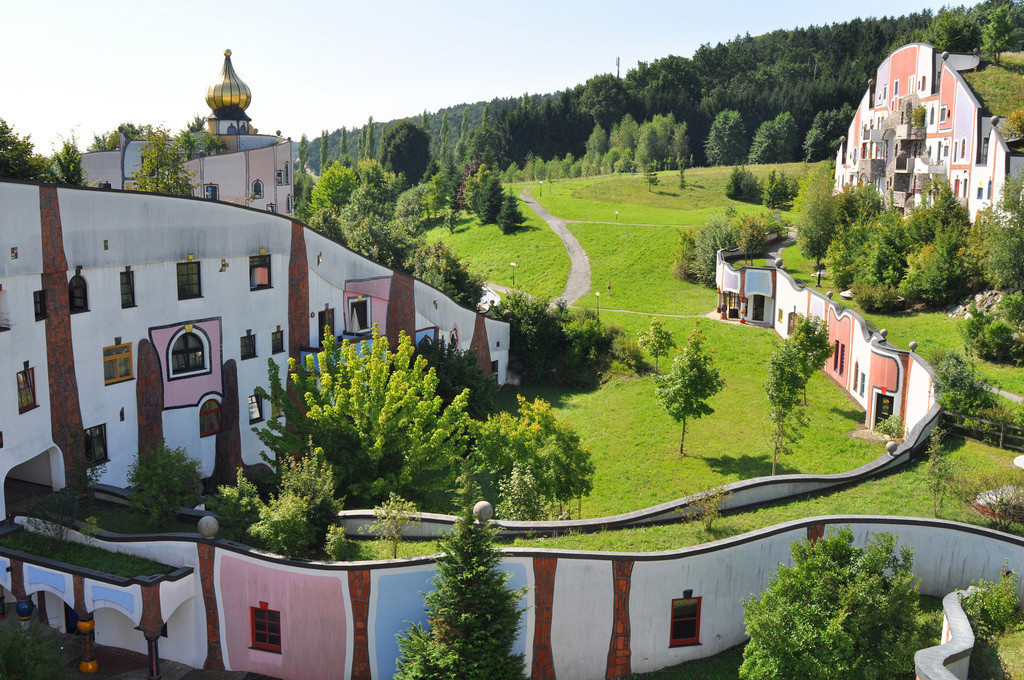 In his introduction, Mars notes that it is far easier to make buildings out of straight lines than it is to make curvilinear surfaces. Orthogonal buildings are by far the most common geometry in the built environment and are often more cost effective and the easiest to construct. However, some architects have taken a different approach to design by conceptualizing space as an opportunity for developing forms.

Hundertwasser is particularly known for his unusual artistic approach to architecture and originally became famous for his abstract, psychedelic paintings. Later he created buildings that look like works straight from his art and incorporated his own beliefs about nature and individual expression. Some architecture critics dismiss his works as kitsch, however what makes Hundertwasser most memorable is that he was an early adopter of ecological architecture and emphasized how buildings can grow and change with natural vegetation.

Famously stating that “today architecture is criminally sterile,” Hundertwasser’s “Green Citadel,” in Magdeburg, Germany stands in sharp contrast to many of the endless orthogonal soviet-era apartments found in the city. He was in favor of anything that would bring humans closer to nature, including embracing mold in one’s home with his “moldiness manifesto.” He even proposed composting toilets for the interior of buildings, an idea that never caught on with his funders and backers.

He also designed each of his buildings in the hope that they would take on a unique character and offer their occupants a chance for individual expression. Contrary to the conventional notion of the architect’s role in the their building, Hundertwasser allowed nature and individual expression to characterize his designs.

Though many of Hundertwasser’s ideas and manifestos may come across as outlandish, the key elements he favored in the built environment such as an affinity for nature would later become ubiquitous. Check out some of his most notable works in the gallery below.