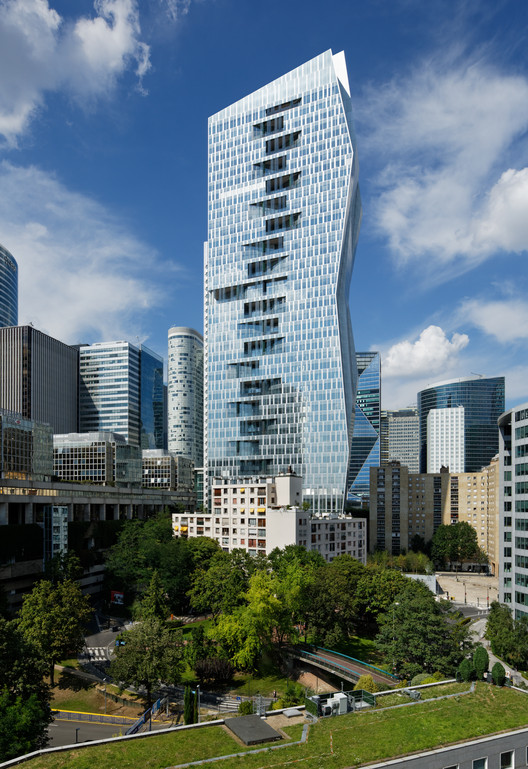 Text description provided by the architects. This complete reinvention of an office block is distinguished notably by its articulated façades composed of three vertical bands bracketed together. The 39-storey building is 195 meters high.

The desire for layout asymmetry with respect to the central hub led us to design three bands of differing thicknesses which are given full expression in the resulting volume through a striving for autonomy of form. Thus three bracketed plates are used, each deployed in its own way but designed to form a whole: diversity and uniqueness. The resulting tower is a new-style building the singularity of which is clearly stated without having to rise beyond 180 metres. This principle enables a response to the specific context of the tower at its base by connecting it to the esplanade and the new gardens below. It also makes it possible to manage the tower's contact with the sky by using an original top which underlines the breaking down of the volume into three parts.

The "double skin" facade offers numerous benefits: plenty of natural daylight floods into the offices, but they are also protected by an integrated sun shade system. Energy consumption is thereby cut both for lighting and air-conditioning. The facade materials used are: glass for the window frames and sills, and aluminium for the joinery and opaque components of the facades.

On the southern side, loggias and plants are used behind glass slats. These loggias form hollows in the facade repeated the full height of the tower, each recessed a little further than the last, contrasting with the smooth, spare surfaces of the other facades. This new typology brings an original dimension to the tower.

Balconies and loggias, often associated with domestic construction, here make an appearance in a tertiary building. These spaces provide employees with access to free air and an opportunity to enjoy the feeling of being outside. They add quality to their workspace. 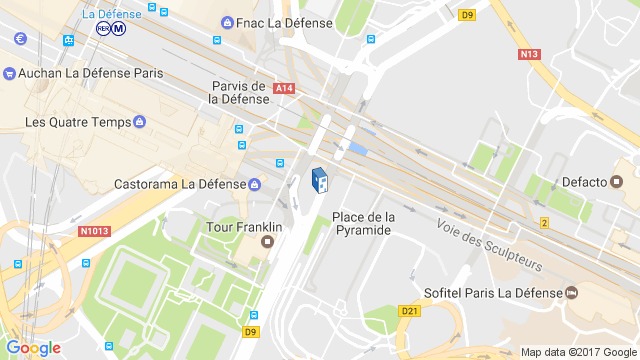