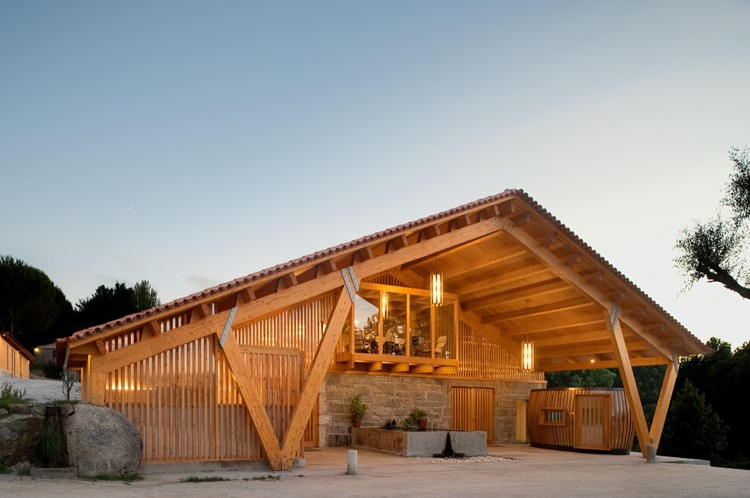 Text description provided by the architects. A winery is no longer what it used to be.

I once knew wineries where cobwebs and dust, were the sign of time passing and of the times.

Time was also, almost always, the sign of quality, as the wine that got preserved over time, at the time, was good wine, which got even better after being left there for a few years.

Wineries are changing and they no longer have room for dust nor for cobwebs.

Now they are true laboratories, ruled by strict laws of employment and hygiene. They obeying a finely tuned science of dosage, temperature control, accelerated or slowed down, with more or less chemistry. In some cases, a winery is a place of real alchemy.

The Winery of Casa da Torre already existed, as good wine was already being produced at the property. The will to produce more wine, better and in accordance with the new rules led to having to rethink the winery and inevitably to enlarge it.

The siting and orientation are excellent. Half buried into the site, its southern side is sheltered from direct sunshine and resulting high temperatures. The western side also is sheltered. To the north, is a high and thick granite wall. To the east, are the access and entrance areas.

The extension added only what was necessary, trying to respect what was already there. A cross span of 18 meters forced the introduction of a row of central pillars, which were undesired and undesirable and which were therefore reduced to a minimum.

The roof structure in laminated timber is a simple one, despite the four stanchions that emerge from each pillar, to support the roof trusses. Steel cables are used to restrain the great horizontal thrust generated by the weight of the structure and roof finishes.

Inside, the choice of materials was guided by the parameters of hygiene, durability and maintenance. The timber vats and tubs were replaced by stainless steel tanks rigorously lined up, with their generous bellies, some full, others waiting to receive the precious nectar.

Over the granite outdoor tank, sits the volume of the small office, both outside and inside, trying to connect the two spaces. Access is from a stairs, also in timber. An elevated gantry allows for circulation and connects the higher levels of the site to the west with that of the office floor.

The roof overhangs the stone paved entrance, in so doing covers the arrival space, the toilets and a “vat” which is the laboratory. Light, only as much as is needed, is filtered through a timber screen.

Inside, the wine is kept, maturing, after the business of the harvest, the crushing, the fermentation and all the knowledge inherent to this process. The works at the winery led to the re-thinking of the external space. Some trees were transplanted, some stones moved, some new tanks were built, as in the old times, with floors of great stone slabs.

Some water sources that had been forgotten were again tapped into and used.

The winery is no longer what it used to be. It is now better, as is the wine.

It is fresh, as is the wine. The green wine. 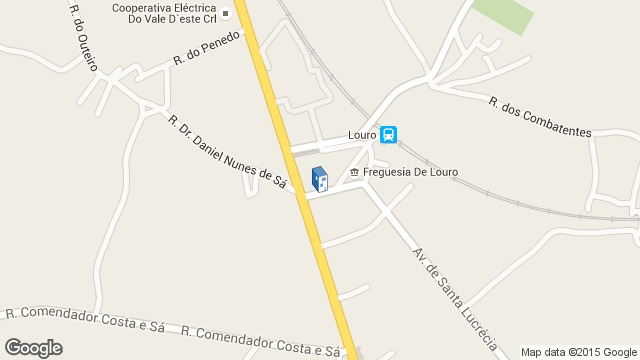 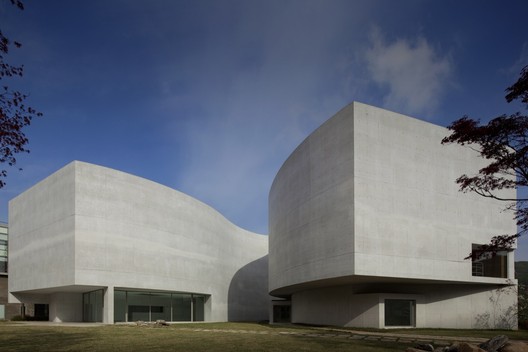