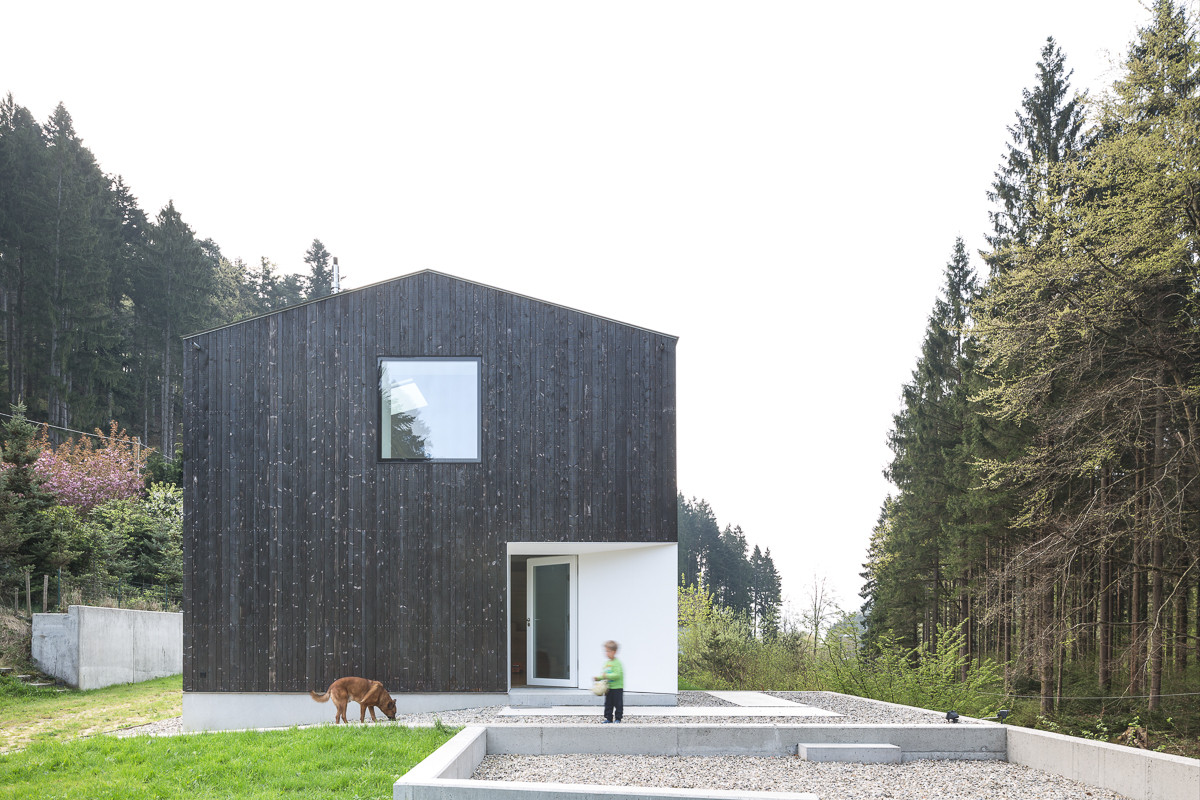 Text description provided by the architects. Building task was to re-use a former horse stable to a residential and office building. The space program includes office space with the necessary ancillary rooms and a residential unit for a three - person family.

The building is situated on a plot, at the end of a valley, with a surrounding forest landscape.

The design idea was to reflect again the structure of the forest in the choice of the material of facade and roof.

The facade was covered with wavy-grained fir wood, symbolizing the tree trunks of the surrounding forest landscape, the intensive green roof the pine green.

With the long, narrow shape, the building obtains inside a clear separation of the two functions of living and working.

The main entrance opens up to a tall office space, with the necessary desks on the gallery level. Then to the ancillary rooms, using the former feed alley and the residential unit in the rear of the building.

With few materials in the interior, mainly plaster on the inner surfaces of the exterior walls and roof surfaces, exposed concrete ceiling, oak and silkscreen plates for the internals, as well as screed and concrete on the ground constitute with the outside facade a restrained elegance.