As part of the Semaine Digitale, in October Bordaux will host 1024 Architecture's Tesseract, an installation inspired by the so called "four-dimensional cube." Created from no more than ordinary scaffolding, a translucent fabric skin and a series of electronically controlled lights, the installation plays with complex geometrical compositions, as the light beams rapidly create and deconstruct shapes within the outer 10 metre cubic frame.

More on the installation, and 1024 Architecture, after the break 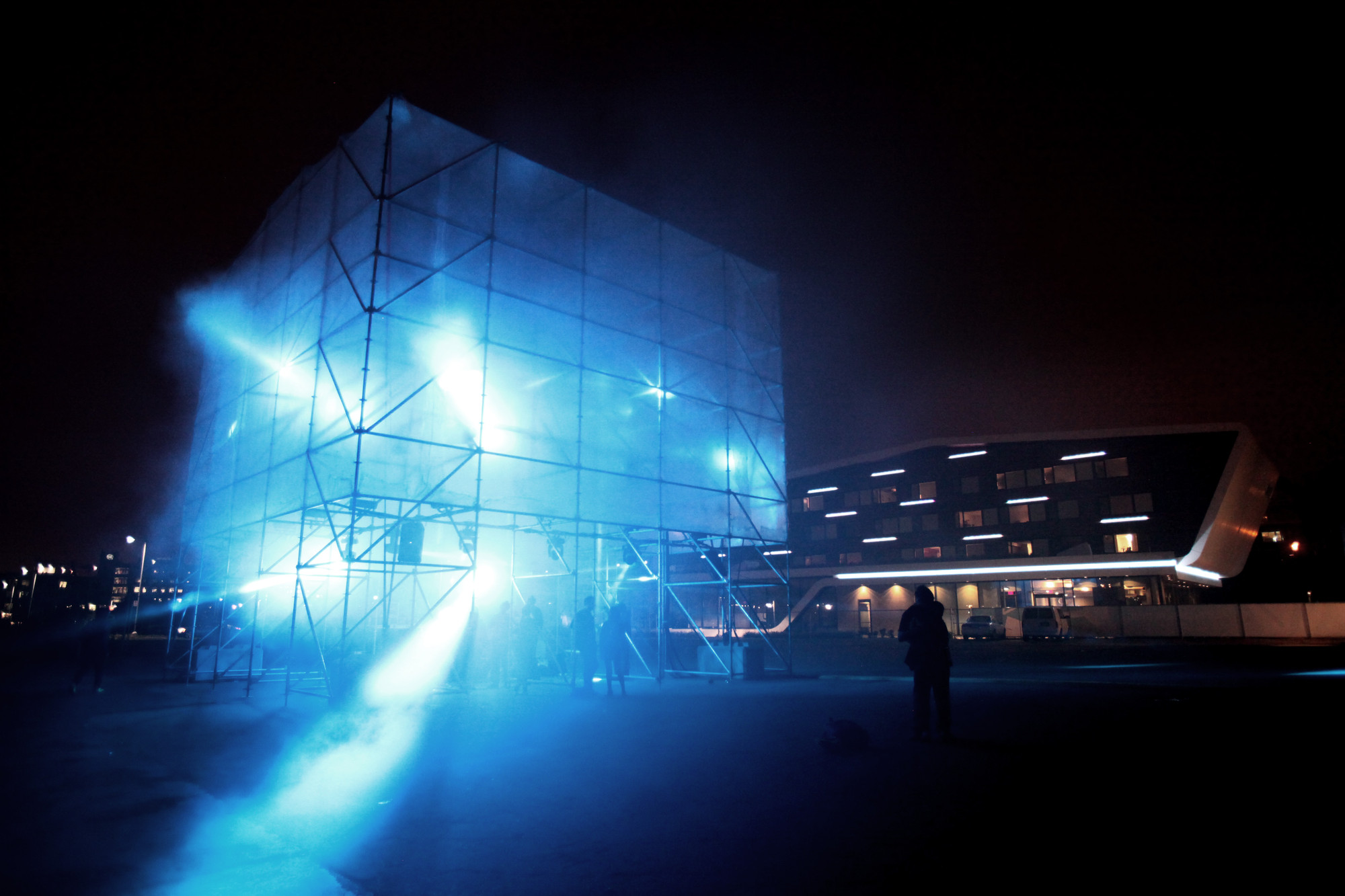 1024 Architecture was founded in 2008 by Pierre Schneider and François Wunshel, based on their desire to "make the constructed world and the virtual world communicate to offer an enhanced vision of architecture." Consequently they describe themselves as both "architects producing video performances or designers building temporary buildings."

Tesseract is the apotheosis of this approach, with a presence that is barely physical; the simplicity of the outer shell belies the complexity of space within, as the virtual space created by beams of light morphs and disintegrates above the watcher's head.

The installation will be on display from October 15th-18th at Bordeax's Submarine Base. Previously, Tesseract has been shown at the New Forms Festival 2013 in Vancouver, the Signal Festival 2013 in Prague and the GLOW festival 2013, Eindhoven. After Bordeaux, the project will be presented in Mexico City.