Text description provided by the architects. Situated in Xiamen, south of China, the JH Factory Complex is located in industrial zone which is in transition to a more “urban” area, meaning the city’s function like housing and commercial functions start to invade into the area by taking over decaying industrial areas. A mix of industrial and civic functions forms a vivid urban scenarios and strong vitality.

The site is in such scenario with middle class housing project and factory buildings from 1990s and early 2000s in its front and both sides, while a huge informal settlement (working class such as workers or the industries) embraces the site from the back. There is a big variety of architecture scale, style and material, and a new participant in such environment, to my vision, shall take an attitude of compatibility and extinguishment.

Two visions dominate this project. In the first place it shall be a “Fort”, a fort to contain its industrial activity and somehow boost on its massive scale, enclosed volume and almost characterless material presentation. In other word, the character of the building shall be “Indifferent” but “Mysterious”, a character gained not from effortful presentation but from restrained presentation. For me, an “industrial architecture” shall be in this way.

A massive brick cube is complexly split into two volumes, while the interrelation of two forms the floating ground floor (for product exhibits), the main entrance in the south-east, and the long “light gap” between the two volumes that is to become the core of the space organization. The slimmer volume in the front becomes the R&D part, and the more massive volume in back becomes the factory part.

Only very few touches are done on the face of the volumes. Basic windows as few as possible (only to ensure the lightings of the office) and a series of balconies varies from two storied high to three storied high are to be put on. Some balconies are conversed to terraces to mark important sections of the “light gap”.

Finally, as the most important vision of the project, a grand staircase leading to heaven, forms the core space that in my opinion shall contain human sympathy and spirit of industry. Within the “light gap” between two volumes which are clapped by two high brick walls (4 meter distance) of almost 20 meter high and 60 meter long, a huge staircase is erected from the ground level (linking the entrance hall) through different levels with link to R&D sections and factory sections on two sides, finally to the fourth floor where big inner terrace is settled.

Light in the end of the staircase and from the roof window between two walls helps to reinforce the image of “Leading to Heaven”. Besides the linkage provide by the grand staircase, the two wall is also connected by volumes (bridges) in the other end that provides necessary function linkage as well as another terrace in sixth floor from which overview angle to the gap is planned.

Functionally speaking, the grand staircase is the core space for the circulation between different functions. It serves as daily movement between the factories in different stories as well as between the R&D and factories. In early morning or in nightfall, when the strong sun from east or west slides in the “light gap” and hundreds of employees go up the staircase for their work or go down the staircase from their work, a strong “spirit of place” is in rich abundance. And during the working time, the space is changed into another cinematic scenario, which is “emptiness” or “space without participant”. From time to time, when employees crossing by, they may stand for a while and merely watch it, when the power of space may cast on him or her. 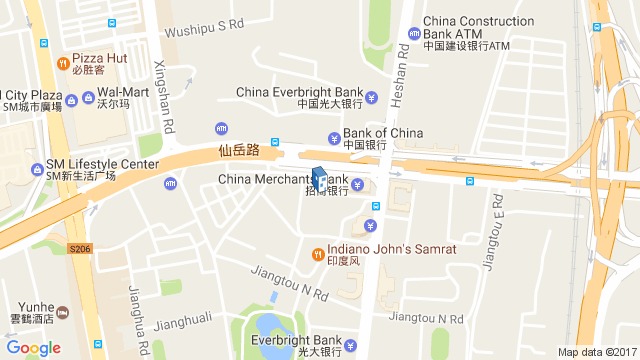 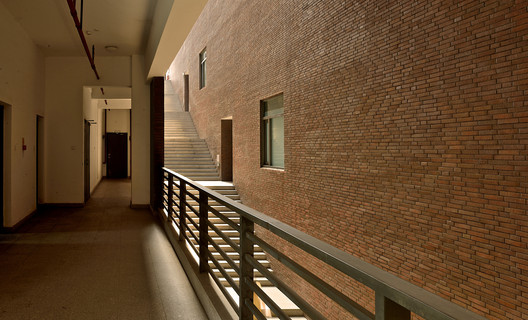 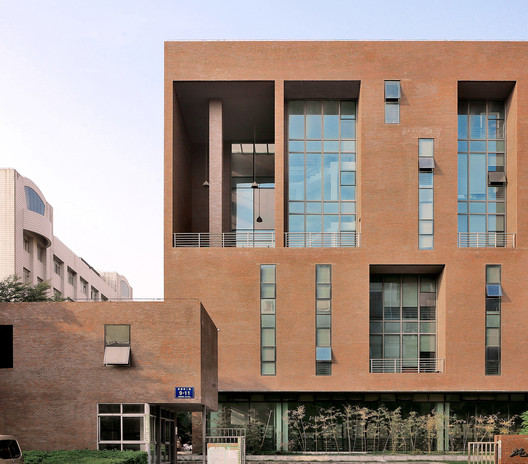