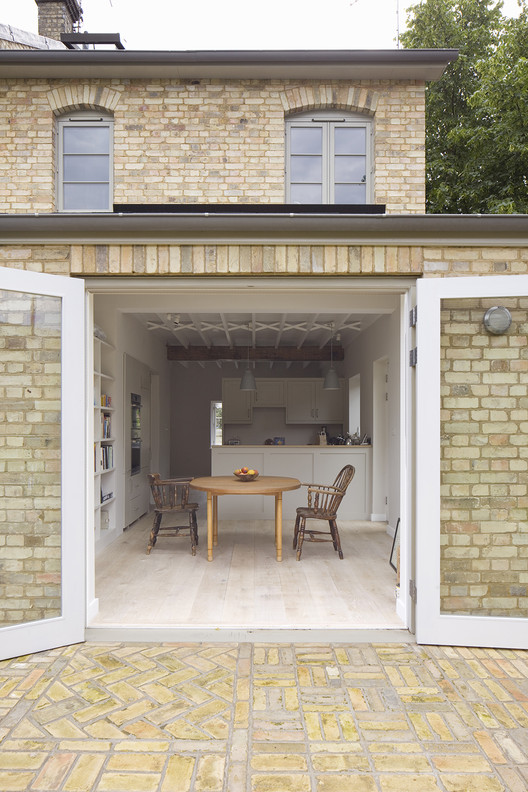 Text description provided by the architects. 24a Dorset Road is a small two bedroomed house in Alexandra Palace, north London, added onto a terrace of picturesque Victorian cottages originally built for railway workers. The clients had lived there for twenty years, loved the road and took the opportunity to sell their old house, but keep an attached garage, which became the site for their new house. Our brief was to make a simple, contemporary home, filled with light.

The terrace was locally listed so we knew that we would be up against reasonably strict planning restrictions, but it soon became apparent that the conservation officer would not accept anything other than an exact replica cottage. The addition of a small rear extension was refused permission but subsequently won on appeal and this increased the footprint to a still modest 76sqm. It left us with an interesting challenge of how to design a coherent modern house within the shell of a traditional cottage.

The existing terrace though has much in its favour, well proportioned facades with good quality Gaunt brickwork, and perhaps most helpful of all, generous ceiling heights of 2.7m on the ground floor, which we increased to 3.2m on first by extending into the loft space. Neighbours are surprised at how large the new house feels which for us raised interesting questions about the relationship between floor areas and head heights, particularly when floor space in London is at such a premium- a situation which seems unlikely to change.

The height on the first floor also allowed a sleeping shelf to be inserted into the front bedroom. The clients’ idea, this allows the room to be multifunctional, either an office or guest bedroom. Accessed via a removable ladder it has a playful round window set into the gable end and is particularly popular with the clients’ grandchildren.

Above the stairs the full height of the building is exposed by a lightwell which extends 8m right up to the ridge. It is a surprising space to find in a small house. Clad with painted timber boards and with a tapered plasterboard shaft above, it lights the stair as well the back of the living room which is otherwise only served by a low cottage window. At night, a chandelier hung from a steel rod throws a pattern onto the walls to provide a moment of glamour in an otherwise understated house. A smaller version of the lightwell is used in the bathroom which also has painted timber boards to form storage and boxing out, with inset oak shelves.

On the ground floor the living and dining spaces are open plan, but a free-standing kitchen with a paneled wall creates an enclosure to the living space on one side, and much needed kitchen storage on the other. A reclaimed Oak beam spans over it and supports the first floor joists, which are exposed and braced with herringbone struts. The structure clearly continues independently over the kitchen, reinforcing the sense of the ground floor as one space.

The exposed joist are intended to be reminiscent of Victorian warehouses, or of structure uncovered during demolition and lend a particular atmosphere, reinforced by the careful use of other materials with historical connotations, such as the painted timber boarding and the black and white tiles on the kitchen floor. Whilst the structure looks simple it was carefully detailed with flitch beams with hidden steel plates trimming the stair opening, and the wall to the bathroom above self-supporting to avoid a double joist.

To the side of the kitchen a utility room and WC are hidden behind full height units and accessed through a discrete sliding door. A flush rooflight, French doors and glazed side door provide plenty of light into the dining space and a projecting window creates a useful shelf for storing the inevitable paraphernalia that collects by the kitchen sink.

To comply with Part L the building relies on high levels of insulation and air tightness, without the need for any mechanical systems. This was achieved by using an insulated timber frame, with an internal layer of multi-foil insulation, which meant that a U-value of 0.15 was possible with a build up of only 360mm. The insulation is continuous from walls to roof, making airtightness easier to achieve.

In the garden a ‘patchwork’ of Gaunt brickwork is used to form a rear terrace and a path to the front door. The remainder of the front garden is used as a vegetable patch with Breedon gravel set around raised beds formed from oak railway sleepers, a nod to the original inhabitants of the terrace. We recently added a lean-to shed to the side of the house. Clad with waney edge oak boards and with a translucent corrugated GRP roof, it provides a useful storage space to replace the garage that once stood on the site. 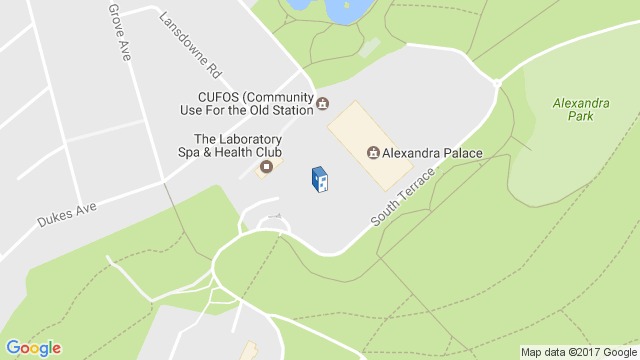