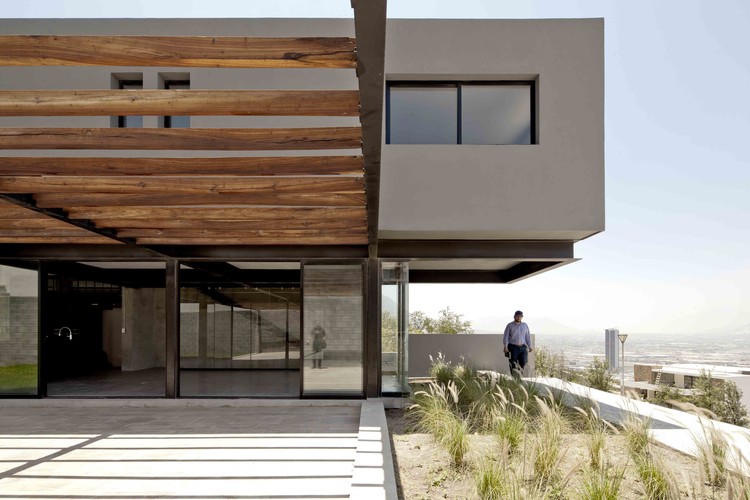 Text description provided by the architects. GO House is located west of the city of Monterrey, in the upper part of a subdivision, a site facing north. The commission was to make a house that would take maximum advantage of site conditions, mainly wind and views, with a limited budget.

The design consists of a linear solid volume with three bedrooms that stretches from north to south at the east end of the site, and cantilevers over the social areas of the house. On the ground floor, a space which includes living, dining and kitchen, is bounded by floor to ceiling glass, so that it is integrated into the garden to the west of the site.

The steel structure on which the bedroom volume is placed extends over the garden and supports a wooden pergola, under which lies a tequila terrace.

The street is one level below the ground floor. There is parking, room service and laundry. The different levels of the house are articulated by a concrete volume to the east of the site with the horizontal and vertical circulation.

The orientation and windows of GO house generate drafts and cast shadows that can regulate its temperature naturally. The house consumes little power as it requires little use of air conditioning.

Note: This project was originally published on October 12, 2014