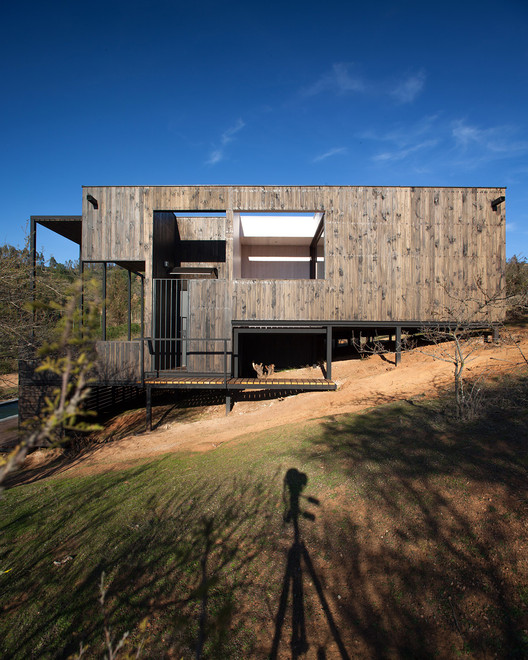 Text description provided by the architects. Lately, we have developed projects for second homes, and this commission complements a series of 3 typical houses on different surfaces and volumes (ii-casa.tumblr.com) executed by Osvaldo Cardemil and Sebastian Gandarillas, both builders and managers of this last project.

The goal was to have a new typology of dwelling on the basis of a simple program, which could be complemented or increased in its area according to the requirements of different clients.

As in previous projects, we designed the constructive system based on a metallic structure, pine wood partitions and cladding, a system that along with a greater understanding of the technique, has optimized construction times.

In this house, as in Refugio Pangal and Santa Maria House, we considered a good level of finishes, always looking to improve the relationship between quality of design and final cost of the project. Taking into account that the project includes the development of exterior terraces and pool, our ultimate goal is to deliver a product that is actually finished, leaving the owner to only inhabit the house.

The house is located on a hillside in the valley of Casablanca. In designing the project, we seeked to achieve in a simple form the greatest spatiality possible.

The location of the house along with the staggering of the volume inside, leaves all bedrooms toward the slope and maintains the same roof deck throughout the volume, thus achieving a greater height in the common areas such as the living room and kitchen. Also here, we use a system of columns, creating floor platforms independent from the terrain, so as not to interfere with the natural profile.

The volume is opened almost entirely on its north facade towards the valley framing it as a single view, and expands its space through terraces with great prominence replicating the inside steps with their views, creating a condition of dominance over the Casablanca valley. 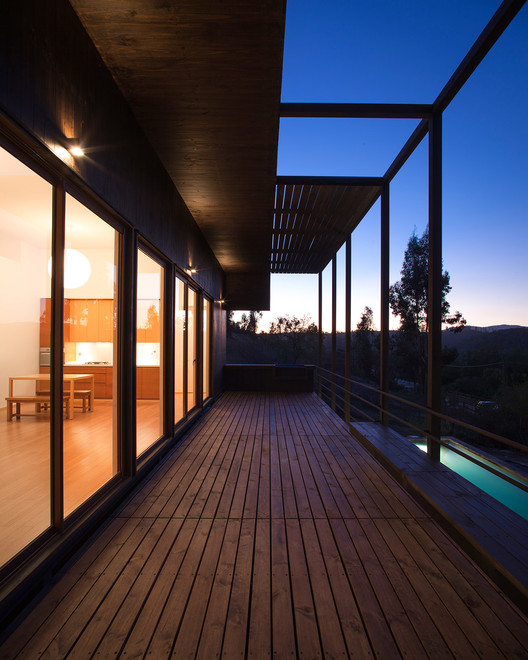