The influx of students in Aarhus, Denmark is causing the city to rapidly expand. In response to the growing need for affordable housing close to the local university, 3XN teamed up with developer Jens Richard Pedersen to design a residential high-rise near the institution. The future tower has been dubbed La Tour as an ode to the building that currently occupies the site, Hotel La Tour.

Newly released renders and model photographs depict the tower as a sweeping semi-circular form that rises in steps. The gradual elevation of the building will start at the street, defining the transition from the surrounding small-scale buildings to the urban high-rise typology. For more information and images, read on after the break. 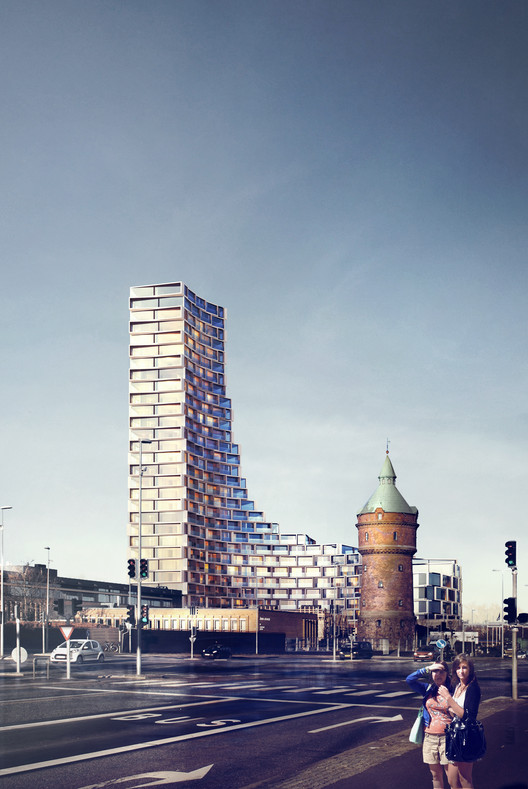 The building's semi-circular form was also determined by a nearby historical water tower. From a distance, the tower appears to wrap around the landmark, framing it and affirming its importance.

La Tour will have 31 floors and rise to a height of 95 meters. The majority of the apartments will be three-bedrooms designed for two people, with the larger apartments located towards the top. Each unit will have its own balcony, providing spectacular views of the city since the site is located at the highest point in Aarhus.