In Borders: A Very Short Introduction, Hagan Diener writes, "…every border has a story. Every line on a map, every maker in the landscape, was derived from some complex negation of power and culture." It is this potency of meaning that makes the physical and conceptual border such a fascinating site. The 2013-2014 ACSA administered and AISC sponsored Steel Design Student Competition challenged students to design a border crossing station addressing the complex factors of cross-border relationships, using structural steel as the primary material. Learn more about the competition and the winning projects after the break. 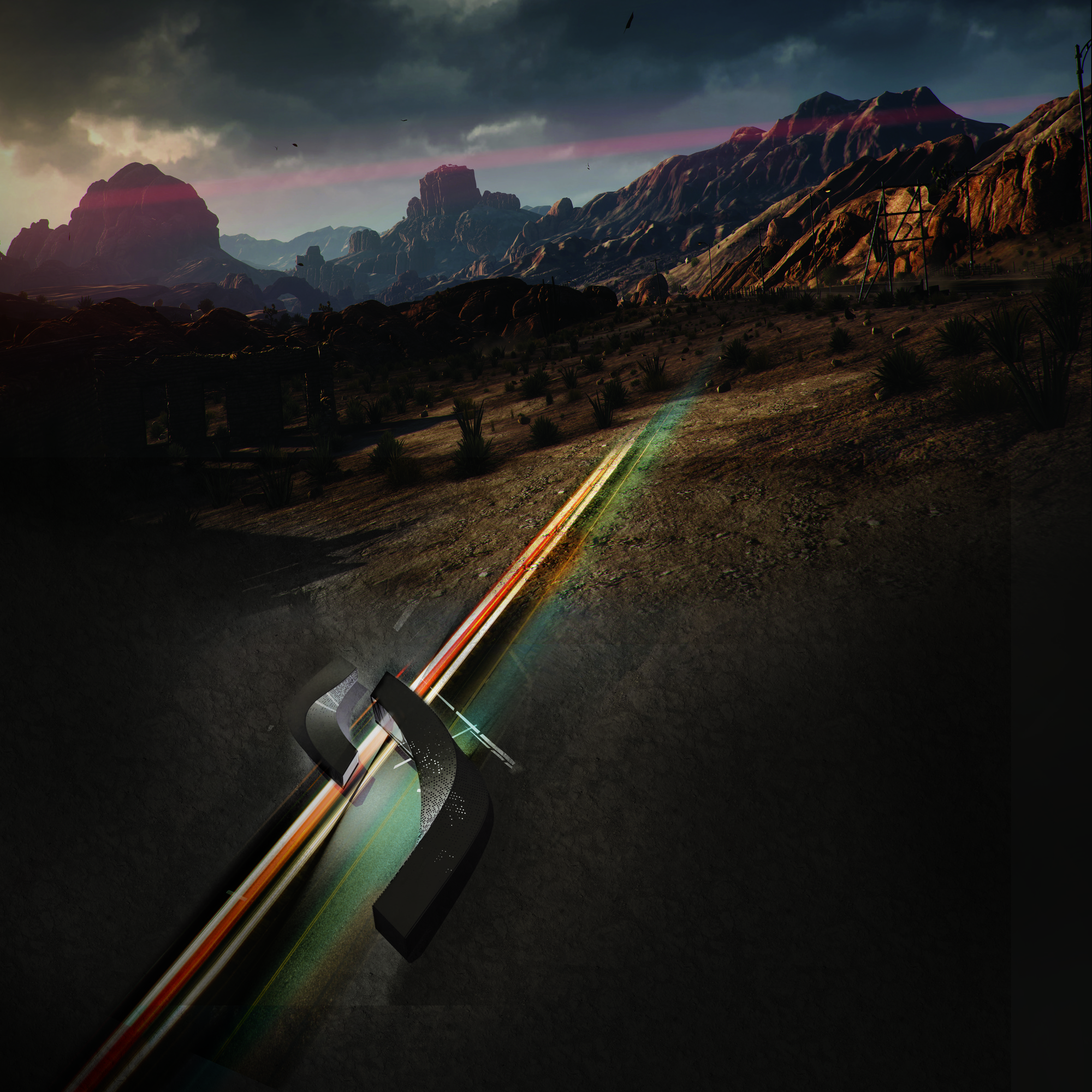 The site, program requirements, scale, and contextual requirements were left open to the designer's determination, resulting in a wide range of diverse proposals. The large variety of cultural and geographical influences reflected the extremely flexible potential of steel as a building material. Placing a special emphasis on innovation in steel design, the competition encouraged highly creative submissions as evidenced by the winning designs, shown below.

This first place winning proposal, submitted by Donovan Dunkley, Vail Nuguid & Alexia Sanchezm of City College of New York, located a border station along the Kyrgyzstan-China border. Drawing inspiration from the native Kyrgz people's rich heritage of weaving and manipulation of materials into sturdy forms and sheltering yurts, the students used similar language to derive building masses responding to and improving existing traffic flow. The primary structural system consist of steel frames spanning the entire length of the building, while the diagonal steel members of the secondary system perform as cross bracing and accommodate the twisting facade and cantilevered masses.

The next first place project, Interjection, submitted by Kyle Marren of Ryerson University, sits on the conflict-prone border between Spain and Gibraltar. The design addresses the inefficiencies and hours-long hold-ups resulting from strict regulations and parity of customs officers, consequences of political turmoil. Proposed as a healing project, the design develops spatial efficiency and provides large public green spaces for unifying connections and encouragement of goodwill between territories. A versatile canopy bridges the territorial gap, generates discussion, and allows for the "sharing of culture, ideas, and the human experience."

In third place, Jorge Cornet, Adam Schroth & Thomas Soldiviero of Catholic University of America proposed a design for the context between water and ice, light and dark, and bound by place and time. Siting the project at the intersection of disputed territorial claims by the UK, Chile, and Argentina, the Antarctic Border Crossing Station aims to establish itself as a contact point between people and place. Lightweight steel construction, large scale buoyancy tanks, and sanity gradient power are crucial to the design. Inspection facilities, an expansive customs hall, and research facilities promoting tourism and ecological study are included in the program to foster a unique relationship amongst the users, wildlife, and the surrounding geopolitical landscape.