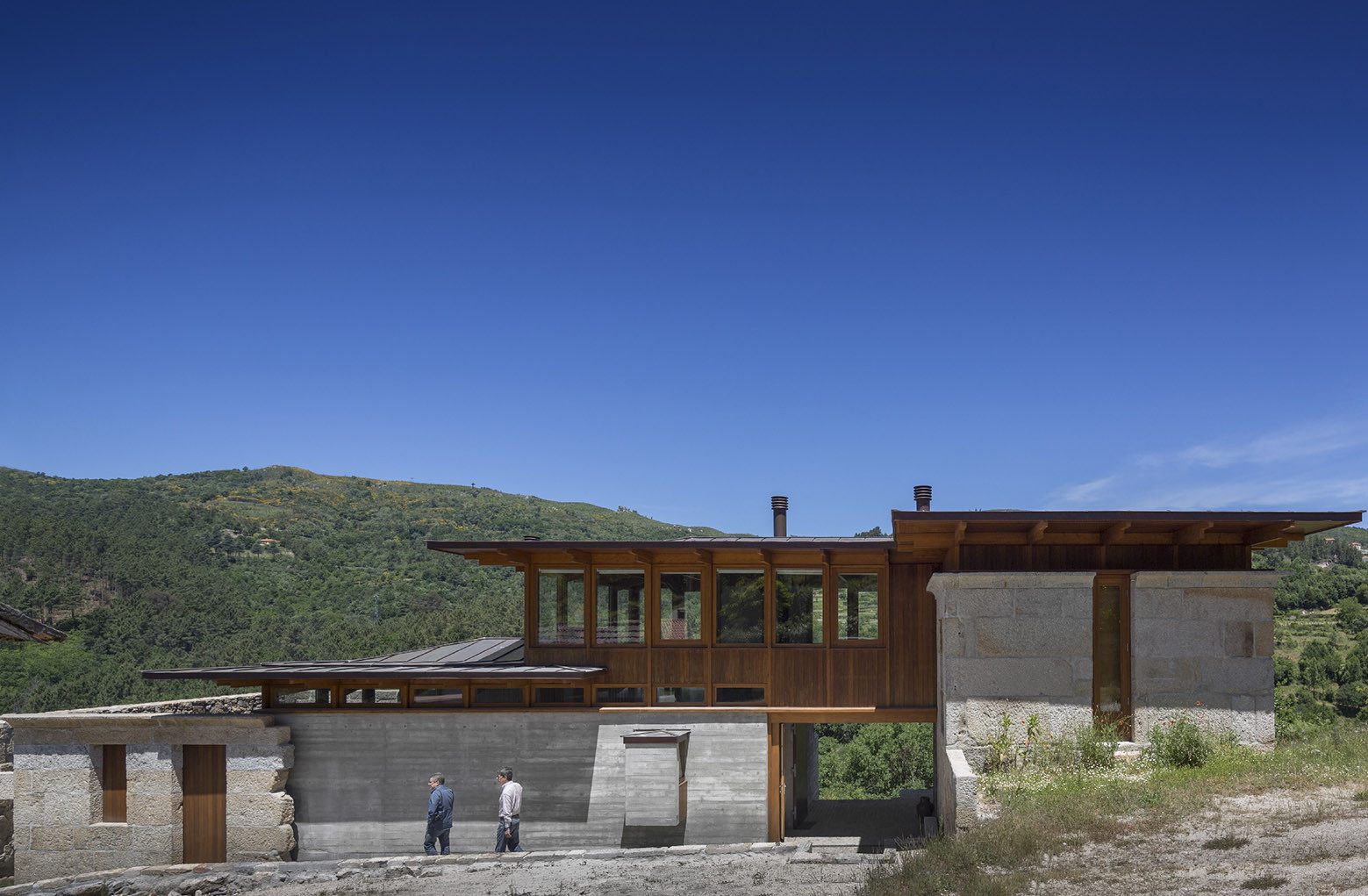 Text description provided by the architects. Costa Grande is a place with three houses and a ruin; it is not even a village. It is “Grande” or great, in name, in the access through a splendid oak forest and in the steep bank over the river Ovil, lying far below. On a first visit the doubt arises: “what am I to do with these two ruins, and the dilapidated grain store?”

The evident passion that the clients had for the place and for the project, forced me to have another look, to see better. Strangely, even though there were two ruins, it was a single property and the necessity to unify them was apparent. Taking an optimistic view, the ruin to the east looked to be in better condition.

The one to the west stood up like a small acropolis. In other times it would have had a variety of functions. Now it stands only as a token of beauty. It should remain that; an internal, yet open and thus external, space. The clients liked the idea. And I liked them.

The brief is a simple one. The difficulty lies in resolving the connection of two volumes at different levels. The house should be in timber and should allow for the enjoyment of the landscape: these were the only principles.

The ruin of the acropolis will be a patio or solarium, but also the formal entrance. On the ground floor will be the living room a small kitchen and toilet. To the north, a veranda will allow one to sit in the shade.

The upper floor will be taken up by a reading room and will allow circulation through into the bedroom and bathroom. This floor is also at ground level. The veranda connects but also separates the two volumes, allowing access to the grounds above it.

In the area where the shed for animals used to be, there will be a small spare bedroom or guest bedroom. The magnificent stone work of the ruin to the east will be restored. Over this, the timber structure with its timber cladding will extend towards the volume that penetrates the ruin of the acropolis.

The new volume has a base of exposed concrete, which is rustic, rugged like the place and elegant in its rural character. The walls of the acropolis, with their odd detailing, possess a singular quality that has us guessing as to its various past incarnations. These walls will be restored. Wooden shutters will be applied to the openings. The house will almost all be in timber, with its structure, cladding and window frames also in timber, sitting on concrete and stone. The roofs and flashings will be in copper sheeting.

The external spaces will be improved over time. An orchard has already been planted. A herb garden will follow. The scrub on the slope will be cleaned up and pedestrian access will be given priority. Places such as this should be retrieved from neglect and revived as a pleasant sight. The grain store, which marks the entrance, with no other function than to be itself, maintains its own form.