Skyscrapers have developed a typical form language over the past century—many of them are large, rectangular, and sheathed in glass, but Studio CACHOUA TORRES CAMILLETTI is changing that. Working with the notion that even superstructures should be as varied as the cities they’re built in, the Mexican design firm has created a spectacular vision for a skyscraper in Hong Kong. With two curvilinear towers that support rice paddies on their terraces, the proposal includes cultural context in the very structure of the building. 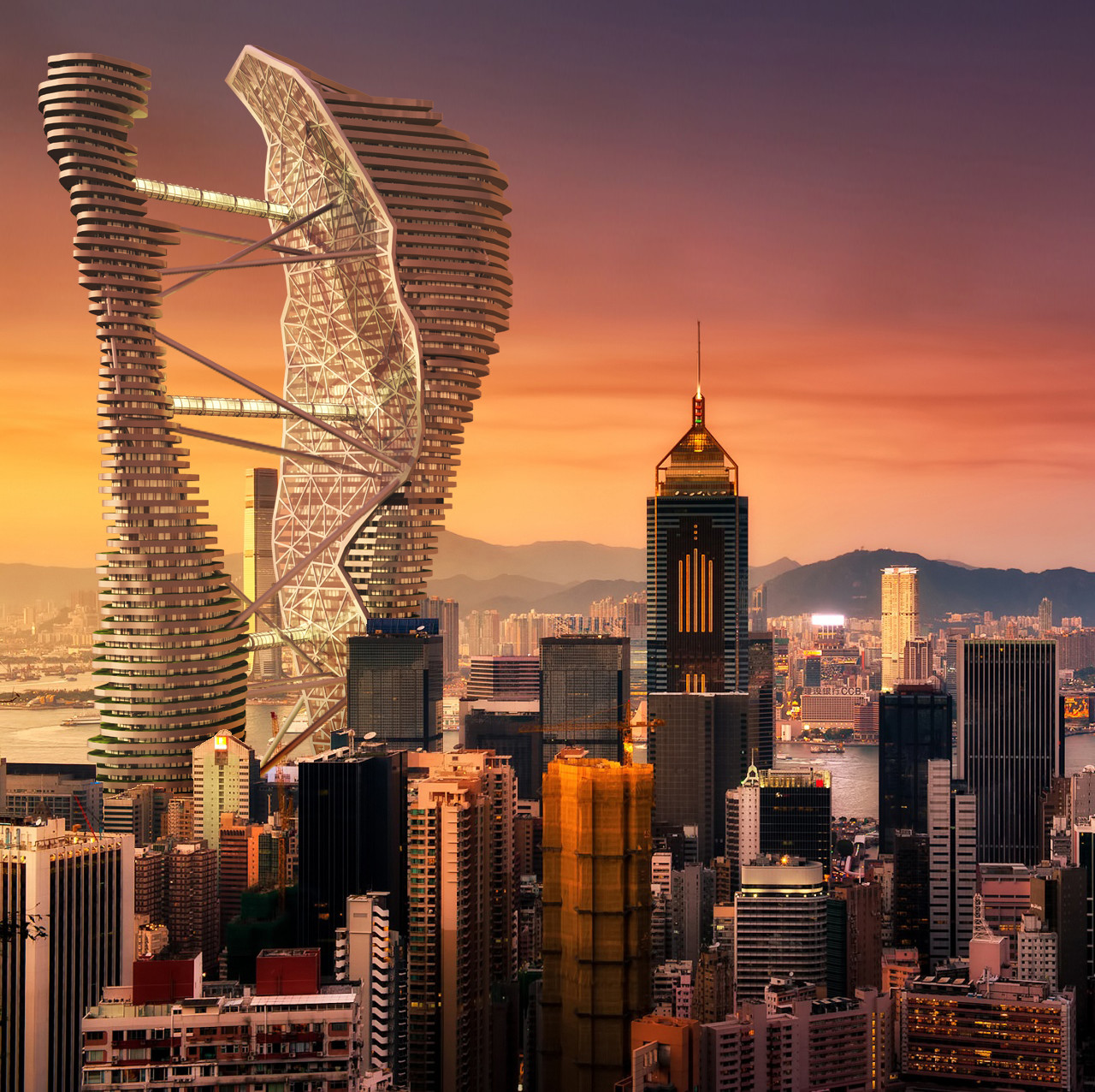 The studio decided on the inclusion of two towers for a number of reasons. The duality of the two symbolizes the schism between Hong Kong’s cultural history, and the contemporary architecture being built in the city. The two also allow for differentiation of space. The larger of the two houses commercial office space, while the smaller tower is residential. Despite the emphasis on duality the towers are connected via a number of pedestrian bridges and structural trusses, creating a semblance of unity. The two towers' organic forms are inspired by China’s rock formations, and the space between the two structures creates a kind of artificial canyon that hosts lush garden space. The rooftop terraces of both towers support rice paddies, rice being a staple crop in China. The resulting aesthetic is an organic form that looks as though it sprouted from the very ground of the site.

Vertical travel is often a daunting prospect in skyscrapers. This design, however, has addressed that specifically. The residential units of the smaller tower are arranged as units, each organized with a lobby that can be accessed by a bridge from the commercial tower. This not only reduces travel time and distance in the building, but allows neighbors within those units to form a stronger sense of community.

The proposed source of energy for this project would be nuclear, using improved 4S (Super Safe, Small and Simple) reactors currently being developed by Mitsubishi and Toshiba. Nuclear power is currently the only power source capable of generating a sufficient supply of energy for the project. However, the architects see this as a "'bridge' technology" that could be phased out when renewable energy has developed enough to become the building’s dominant power source.

The designs were produced as part of a conceptual design competition so there are currently no plans to build them, however the designers say that the value of the project comes from the way they "seek to break the canons and predefined stereotypes in the design of skyscrapers."