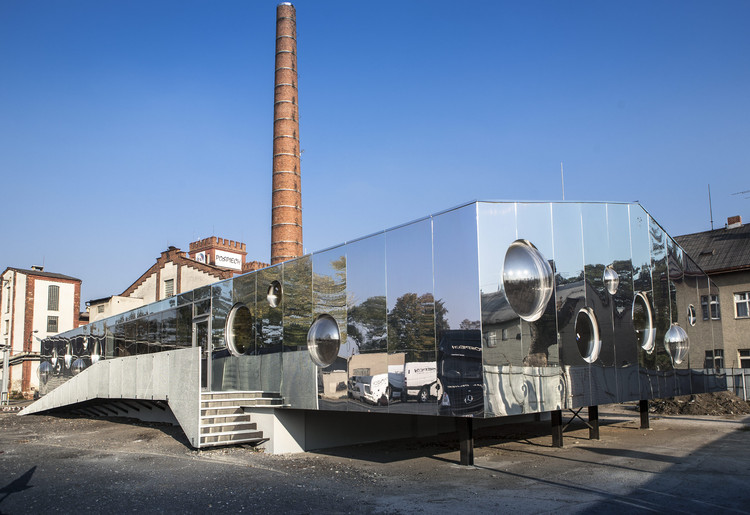 Text description provided by the architects. Reconstruction of the former small portable building with changing rooms designed by authorial team PROJEKTSTUDIO, is located in an areal of former Svinov distillery  - Ostrava's national monument. The facade of the house is made of composite panels in the mirror - chrome color treatment, which reflects current hundred-year old distillery. With this "masking" the designed object becomes invisible - like the UFO that suddenly landed on the ground and does not want be revealed.

The company, whose headquarters is located in a renovated object, conduct business in the transportation. David Kotek took an advantage of this fact in architectural design. Inspiration in car industry can be seen not only in the cladding but also in the round windows, some of which are convex.

Construction of the portable building and gable roof stayed unchanged during the reconstruction. The object is extended by attaching a new steel construction in  a former southwest gable wall. This fulfiled investor's requirements for layout adjustments of the interior. 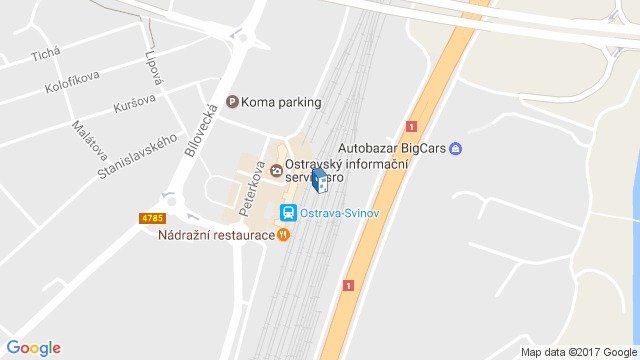 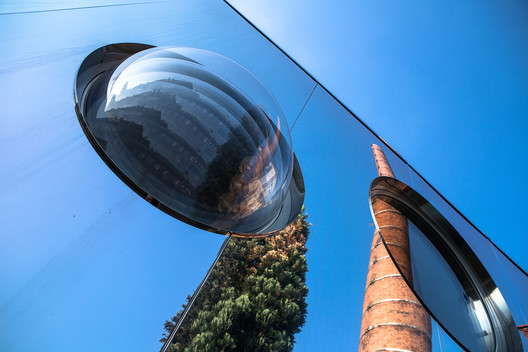