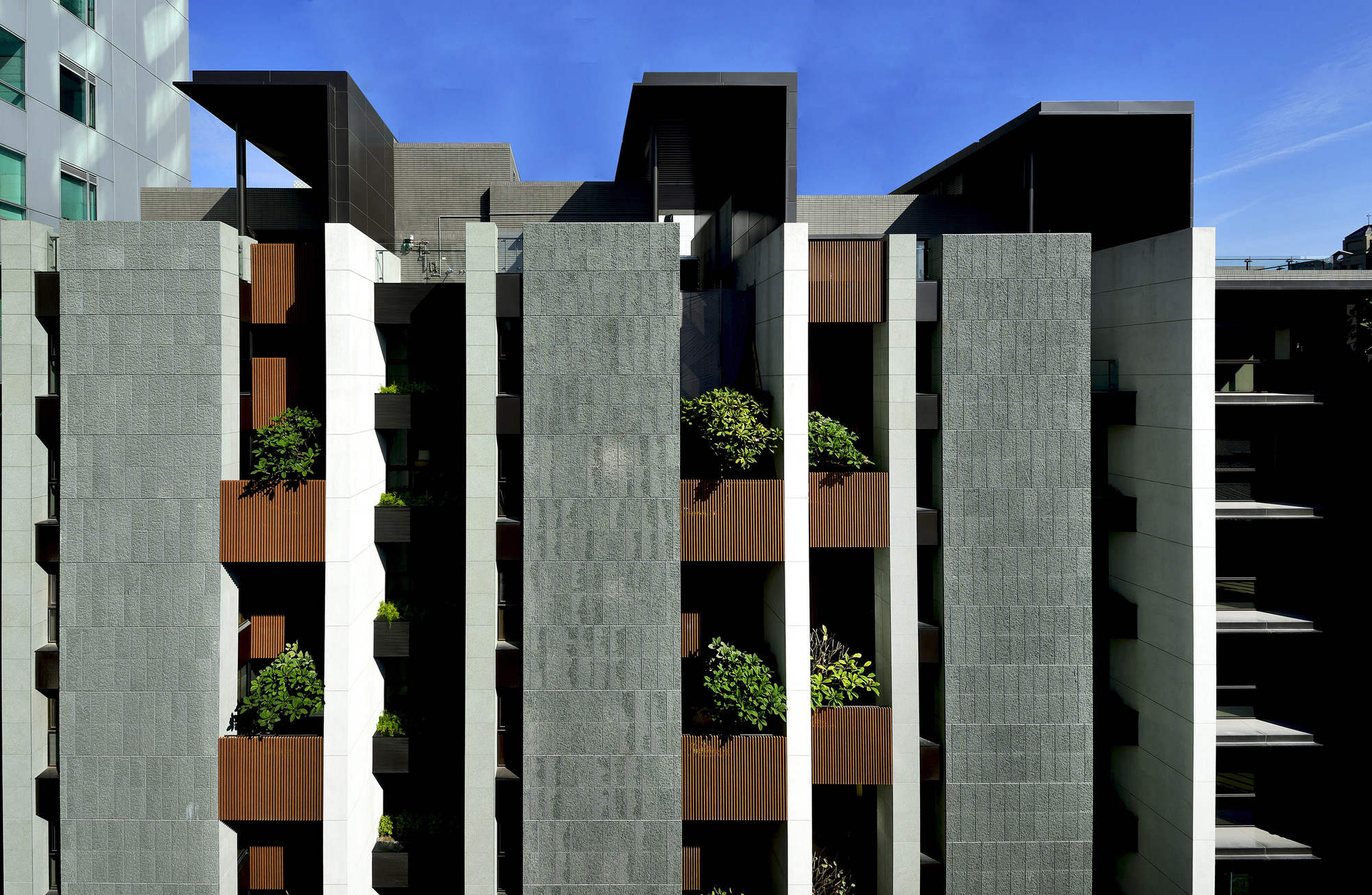 The project is situated in a quiet alley within Zhongzheng District, which is an old neighborhood in Taipei City. Due to the overdevelopment of urban areas, the distance between the buildings across the street is only four meters wide.

Since the site is hidden in the alley, this area still keeps its serenity in the bustling city. Opening up the common space not only augments the street width, it also provides more interactions between the users and the surroundings. However, such transparency does not affect the resident’s privacy because the pond in the lobby sets a boundary between public and private.

The main concern is to capture the history of this neighborhood in the design principle. Our design evolves from the idea of slowing down busy lives of the urban dwellers by adding more green spaces to each and every resident unit. Its form naturally occurs by stacking the modules on top of each other.

Instead of having the usual one large unit per floor, a double height, two units per floor type is adopted. The front door of each unit is located at alternate levels, therefore making each unit having its own entry lobby. To solve the issue of privacy from the building across the road, the windows for the living room are facing inside, looking out at the balcony next to a solid wall.

The double height balcony provides ample of sunshine to the living room. Looking at the balcony from the lift lobby is a reminder of such nostalgic experience of going home through a garden. The private lift opens up to the sky garden in every unit. This mimics the traditional Taiwanese housing and thus responds to the history of the surroundings. The main feature of the façade is formed by the combination of various slabs- the roughness of masonry cladding on the exterior wall speaks to the texture of the street while the white-pebbled wall brightens the sky garden from the reflection of the sun. 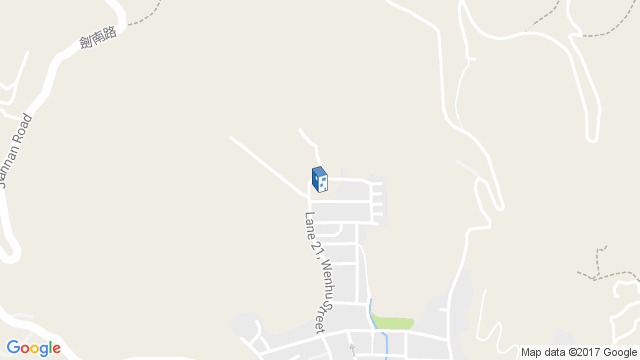 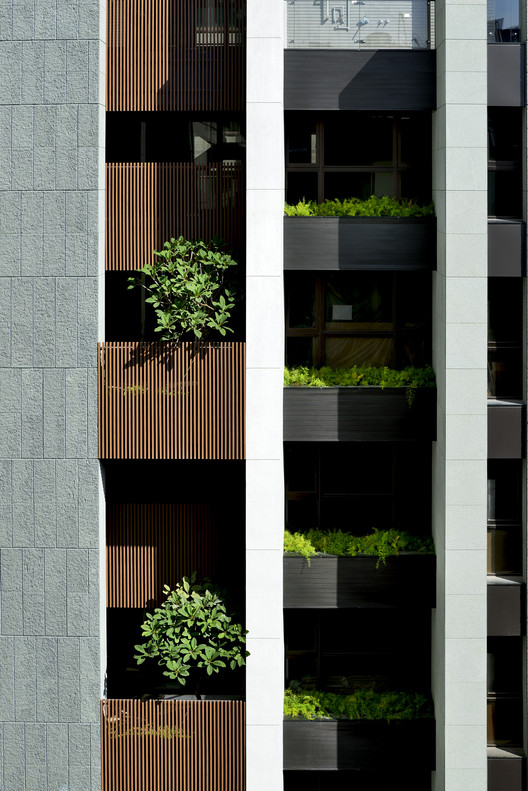