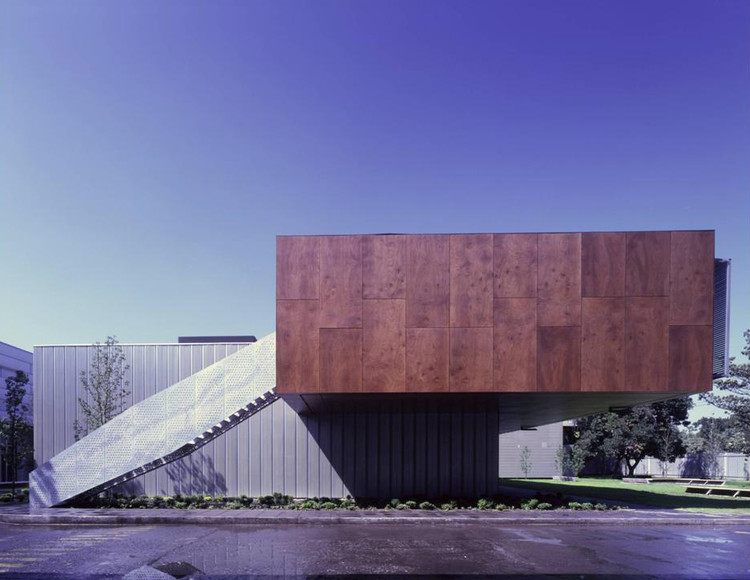 Text description provided by the architects. The project for Hunter Douglas Chile is a combination of new work, recycling existing spaces along with creating a reorganization and future development plan of an industrial plant that fabricates metal facades, persian blinds and curtains.

The plant has had an inorganic growth, due to an original unrealized plan to relocate, opting instead to buy a series of storehouses from a neighboring company.

The project was to establish a general master plan for the complex that considers future development, gives a new face to the existing storehouses and incorporates the new addition of a cafeteria for 600 workers and executive offices for the commercial sector.

The project considers the development in stages, first to renovate the storehouse at the entrance (a warehouse of 80x60 meters) with dark panels on its four facades incorporating a cover of panels that move with the wind to the view it gives to the street in order to give life to a volume of such large dimensions who by its nature must be opaque.

For the cafeteria and executive offices new body was created so that the first program serves as support for the second, achieving two open plans with free views to the garden area that has been incorporated en various sectors of the plan in order to better the overall environment of such an industrial program.

The volume is made up of two bodies, in which the principal is supported stands on the ground and is covered in panels the color of steel, containing the program of the kitchen and cafeteria over which rests a volume of wood that makes up the offices.

The garden has been incorporated like an element that gives continuity while also serving as an extension of the cafeteria. 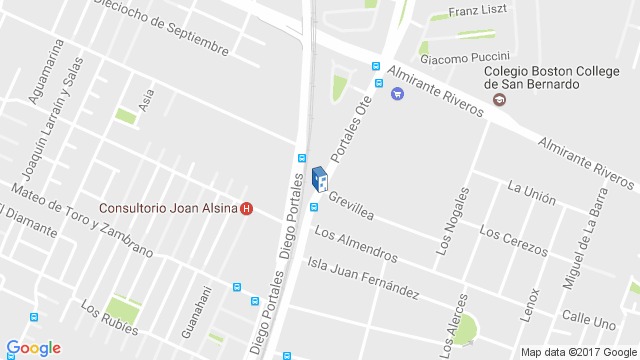