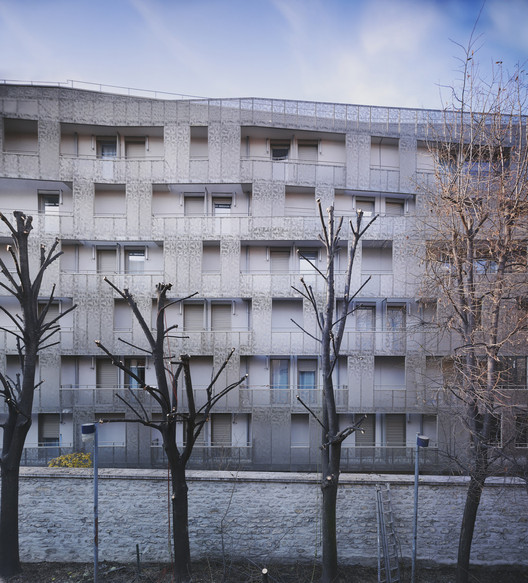 Text description provided by the architects. Street, entrances, depth: the genesis of a coherent spatial arrangement

The project has chosen to link the high density imposed by the depth of the plots to the framework created by the buildings retained on the street. The system of entrances, creating a flow into the existing buildings as well as through to the full depth of the block, is the point of departure for spaces that stretch into the far reaches of the site, the first link in a chain extending to create this spatial arrangement.

A gradual opening out into these more distant internal areas establishes a series of sequences leading the pedestrian from the urban environment of the street to the residential breathing space available on the fringes of the site. The entrances are the starting point for all flows and all pathways. Just as a liquid cuts a channel through matter, the pattern of these pedestrian flows into the distance determines the outline and orientation of the built structures.

These diverging pathways bring unexpected angles to the planes of the buildings’ façades, enriching the three spaces laid out in the extended interior of the site. The views from inside the homes are slanted and aligned towards the most open aspects. Each successive exterior plane catches the light in its own way, bringing illumination with a play of multiple reflections, enhanced by the brightness of the metallic envelope wrapped around the buildings. Even the more enclosed spaces are surrounded by light from multiple sources.

A Unifying Envelope Reacting to its Surroundings

The two longitudinal buildings at the heart of the block seem to brush against each other, exerting a mutual attraction, brought together by a unity of cladding that creates an interface of external extensions on the building boundaries: wide private balconies turned towards the garden for the Cogedim program, and narrower, liveable overhangs where each of the Crous program student rooms can put out a chair.

In this way the unifying envelope binds the two buildings together into a single architectural entity, reacting to the various surrounding elements. Planar and continuous on the exterior facades, the wrapper warps, as if pulled by magnetic forces, into a series of openings and screens interleaved like theatre wings wherever the proximity of the two buildings is most pronounced. The specific sequencing of the two programs (175 student rooms arranged in series, less predictable openings for the family homes) shift into the background to allow a unified impression of the whole to dominate.

A Façade with Colours and Patterns from a Woodland Landscape

The skin surrounding the structures consists of panels of perforated aluminium of a texture and tint that react to the surroundings.

A foliage motif shapes a varying pattern in the panels' perforations, a modulated matrix interlacing to create varied textures and changing shadow projections, constantly stirred by the actual movement and light play of the leaves and boughs of the tree-lined residential pathways and adjacent garden. The colours of this skin change with the angle and intensity of the natural light falling on it. 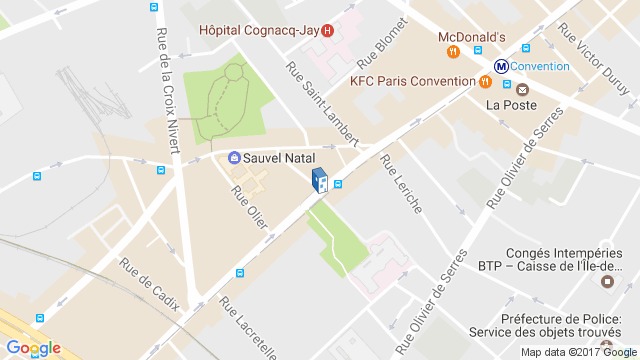