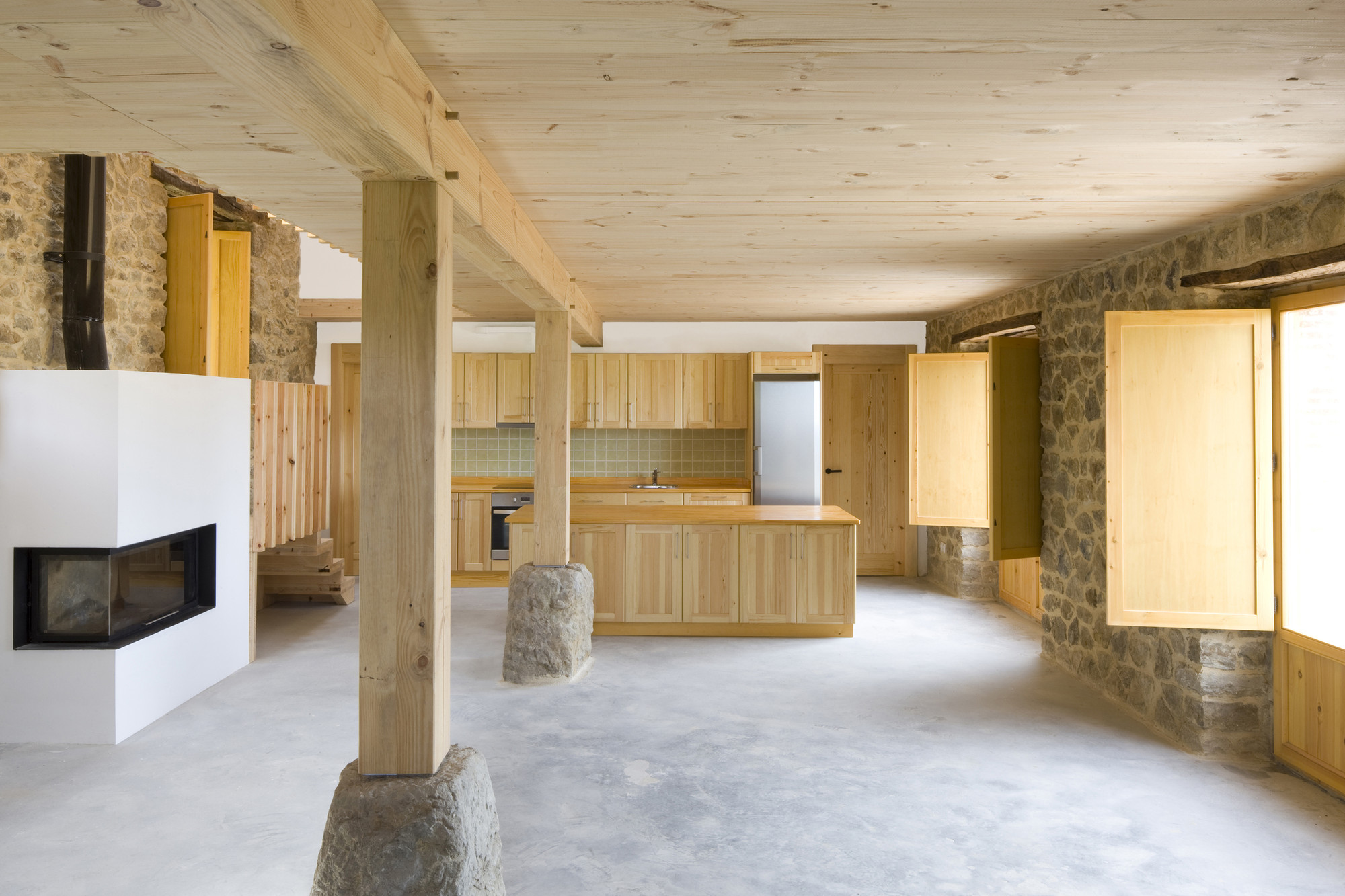 Text description provided by the architects. Renovation of an old county house in Cantabria, in northern Spain. The house had the typical structure of ancient houses of that zone: stone walls and a timber structure of columns and beams.

Unfortunatelly, at the time we were designing the project, the house partially felt down. Only 2 stone facades remained standing, so in fact we had to rebuild completely the house.

The house was included in a catalogue of ancient buildings of Cantabria, so we had to maintain its volume, facades and materials.

The project rebuilds the house, maintaining the appearance from outside. Inside, we used a contemporary language, but using the same materials that existed before. We have used a dry construction system, with cross laminated timber structure, supported by timber columns and beams. The panel can be seen at the ceilings, and it works also as a parquet floor in first and second floors. We have reused existing stone bases at ground floor to support timber columns.

A triple-height atrium with a staircase is the main space of the house. You can see it from the kitchen/dinning and living room in ground floor, or from the bedrooms corridor in first floor. In ground floor a fireplace is placed just in this atrium. New facades were built using existing stone. 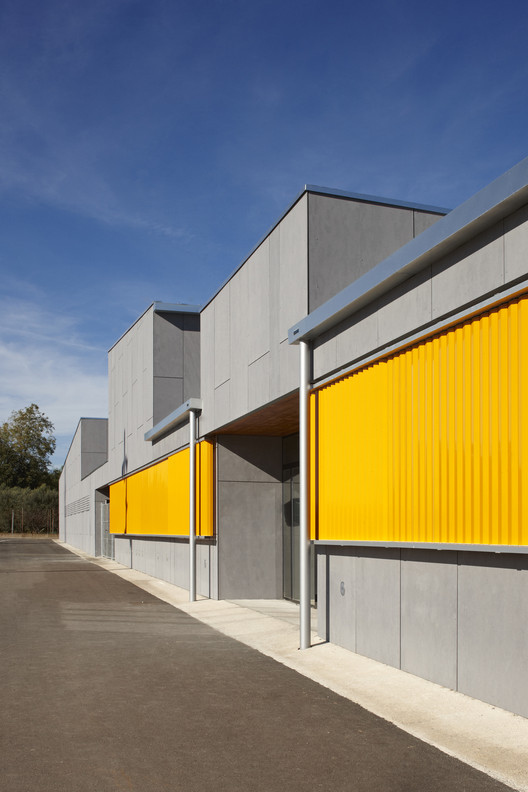