ArchDaily has been asking architects "What is Architecture?" for over 6 years. It's a question that few interviewees answer without hesitation or bristling. But after asking over 200 architects, we've noticed a pattern: even though many people start very similarly, the answers soon diverge in a way that demonstrates the promise of the profession. And no matter how architecture is defined, the strong majority of architects hold an underlying belief in its ability to influence.

When the ArchDaily team visited the Venice Biennale and entered the Central Pavilion of the Giardini, home to the Elements exhibition, we saw it as a dynamic, immersive, exhaustive response to the question "What is Architecture?" Visitors to the Biennale are introduced to architecture through its elements--the pieces, parts and fundamentals that comprise built structures around the globe.

When Koolhaas chose to focus on Elements, he produced a text (in both book and exhibition format) that gives us the tools to understand what architecture is and how is it has evolved (or stagnated). Even though he didn't invite people to show projects in the traditional sense, the AD editors saw a hopeful undertone to Elements -- it is a resource that can be revisited over and over again, one that will arm the current and future designers of our built world with the knowledge they'll need to address the issues they have yet to even confront.

After the break, see images of the exhibition and read Koolhaas' curatorial statement. 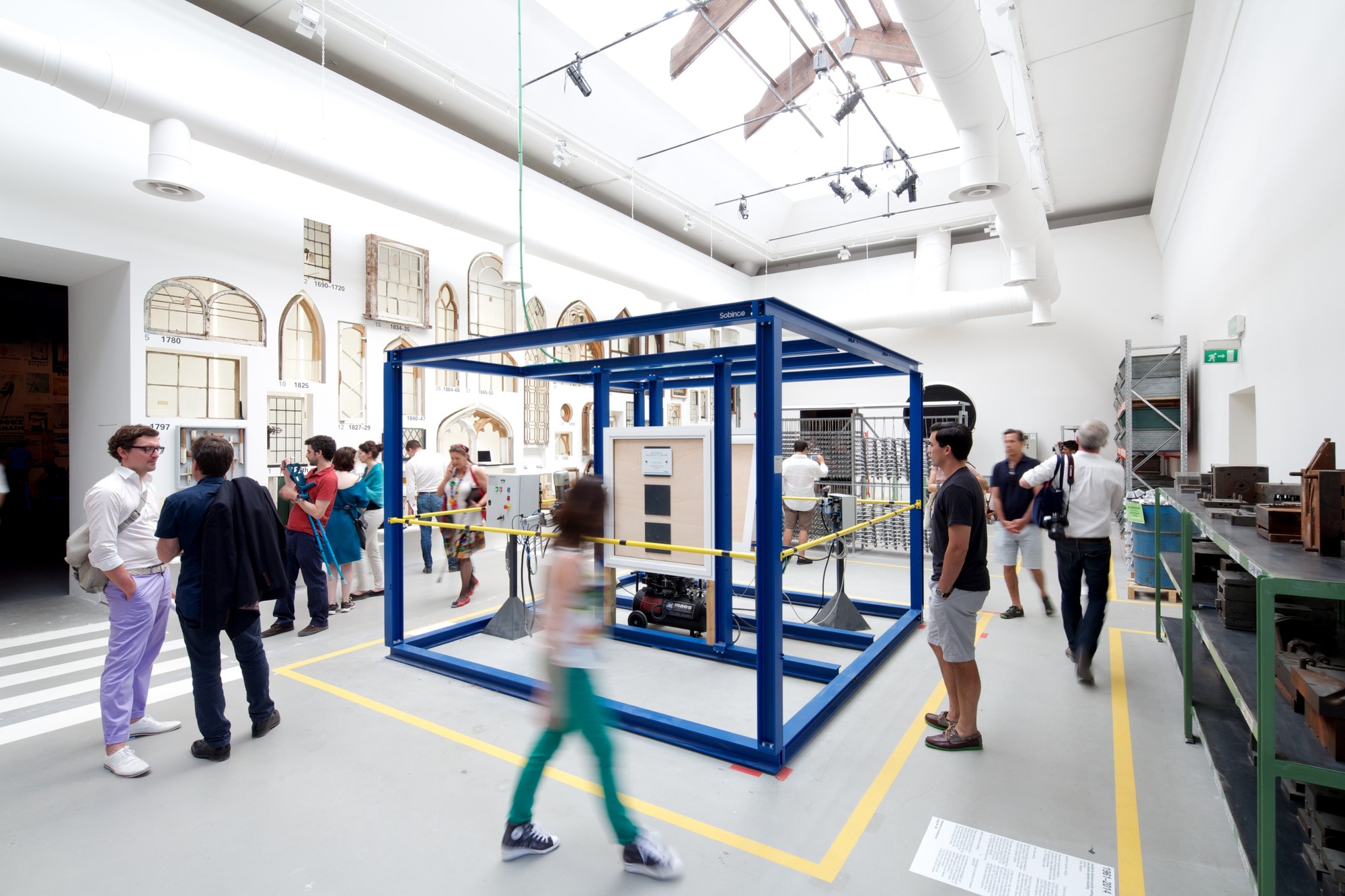 From the Official Catalog of the 14th International Architecture Exhibition. Elements of architecture looks at the fundamentals of our buildings, used by any architect, anywhere, anytime: window, the facade, the balcony, the corridor, the fireplace, the toilet, the stair, the escalator, the elevator, the ramp…

Architecture is a strange mixture of obstinate persistence and constant flux. Just as science has recently shown that all of us carry "inner" Neanderthal genes, each element, too carries long strands of junk DNA that dates from time immemorial…

Some elements have barely changed in the last 3000-5000 years, others were (re)invented last week (but in architecture the appearance of a new element is rare; most inventions are rent ions…). The fact that elements change indecently, according to different cycles and economies, and for different reasons, turn each architectural project into a complex collage of the archaic and the current, of the standard and the unique, of mechanical smoothness and bricolage-- complexity revealed in its full extent only by looking its constituent parts under a microscope.

Previous Biennales have looked at architecture as a whole--trying to protect the "full" picture, including context and politics. Here, we present micro narratives revealed by focusing systematically on the scale of the detail or the fragment. We uncover not a single, unified history of architecture, but the multiple histories, origins, contaminations, similarities, and differences of thee very ancient elements and how they evolved into their current iterations through technological advances, regulatory requirements, and new digital regimes.

An exhibition is not a book and a book is not an exhibition. The work on elements of architecture ran parallel to the continuing work on the book of the same title, with the Harvard Graduate School of Design, which was initiated in September 2012.

In the exhibition we have looked for physical and tangible evidence of the evolution of individual elements that we have recorded in the book. To enable a back-and-forth between objects and narrative, ew first conceived of the book as a physical presence that would snake across the room,s setting in the end for three forms of presence: the Koolhaas's exhibition at Vitra, Dubai Next--the book as enlarged object on a stand--inspired by Irma Boom's XXL--and as traditional projections.