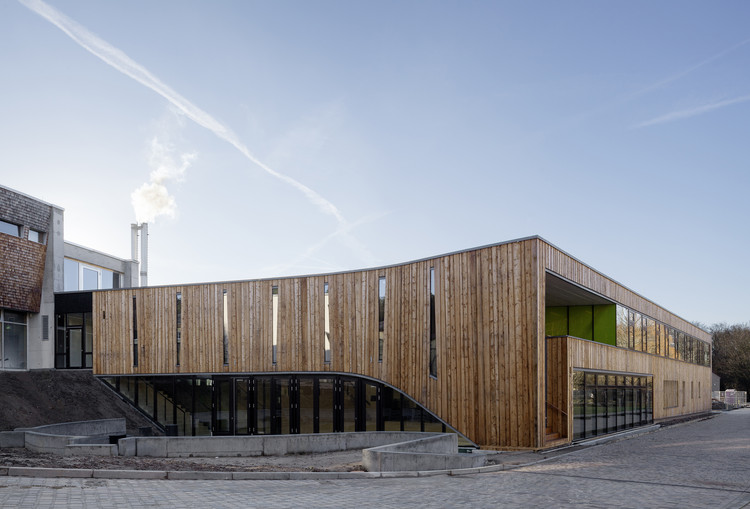 Text description provided by the architects. Newly built house, built as an expansion for an existing lecture hall building. The building consists of several lecture rooms, bureaus, a Kindergarten and a canteen/ cafeteria (“Mensa”).

The main theme of this draft was the creation of a very special atmosphere by assimilating the topography into the building`s concept. That way, the terraced slope creates a new venue at the Waldcampus, a central meeting point for students and staff. The new Campus meeting-place drags through the building, outside as well as inside, in the form of a “Sitzwand” (a wall on which it is possible to take a seat, like in an amphitheater.) That way, the situation of the building on a slope is used in a sensitive, useful way. At the same time, the slope is used to create two ground- levels, which makes the building barrier- free.

Eberswalde is one of Germany´s most important city for studying forest- sciences since more than 150 years. Other than that, the Hochschule für nachhaltige Entwicklung Eberswalde (HNEE) wears the title „Grünste Hochschule Deutschlands“, which lead to the request for wood as preferred builiding material. 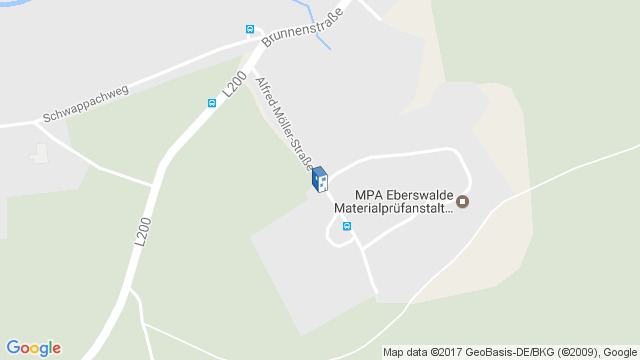