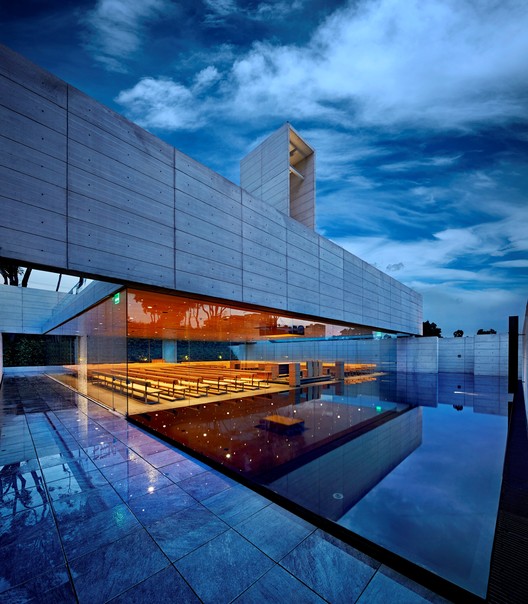 Text description provided by the architects. A Catholic temple is essentially a place to achieve communication between the Divine and the Human. The chapel for the Gimnasio Campestre and its surrounding community, is a building that spatially expresses this contact that results from producing a levitating deck, the divine, on an undermined space, the human, so that the temple is just the compressed space in tension between the two parts. When occupied the user comprehends the earthly and the spiritual condition of humans and the space acquires its sacred character without superficial gadgets. The temple is then generated by the contact between the two parts, and its physical understanding is an act of faith.

The undermined space houses all the activities that help prove the worldly character of the church and expresses the fundamental Catholic idea that "we are seed from another land." Each of the sites of the program extend outward within the excavated area to allow their participation with the weather conditions and strengthen its material nature. The roof levitates over the space and proposes a reflection on the spiritual, as it serves as home to the school founder’s garden and his tomb, the one of Dr. Alfonso Morales Casas. The temple then changes the geographical site in which it is located.

Moreover, the natural symbolic elements in Catholicism are also present to strengthen its sacredness. Water in the water-mirror symbolizes baptism and doubles the temple and the Cross, fire in the eternal flame of the tomb symbolizes the Holy Spirit, oily seeds in the 3 trees in front of the sacristy symbolize devotion and ferns on the slopes and roofs symbolize the Jerusalem’s palms. Twelve brighter lights on the temple’s ceiling remind us of the twelve apostles.

The building is technically resolved using austere architectural resources. With a very few but blunt concrete walls, carefully located and constructed, and finished with a texture done with groups of seven micro-lines (the sacred number) that vibrate with light, spatiality and the temple’s image is defined. With the same height of the rest of the school buildings but with great presence over the Central Patio the building responds to its urban site and to the Master Plan to which it belongs, based on a low volume that adapts to the pre-existing neighbors’ elevations, but with a forceful volume.

For the school’s and neighbors’ community the building becomes part of a pedagogical piece of Catholicism as recognizing it turns into an experience of discovery and pilgrimage in which the fourth dimension, time, becomes part of the project and helps understand deeply the cultural site to which it belongs. The Gimnasio Campestre’s catholic community with a high sense of belonging to its institution is now reinforced by changes in its physical plant and the school’s family is projected to the future. 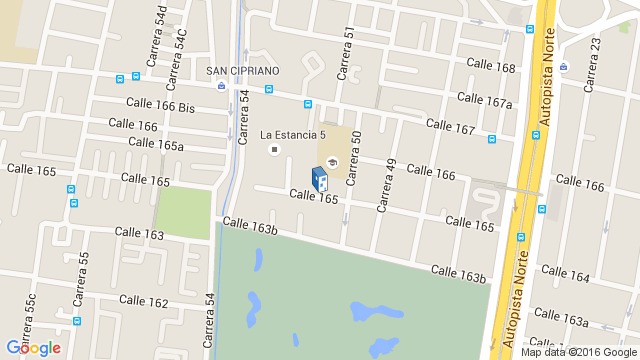 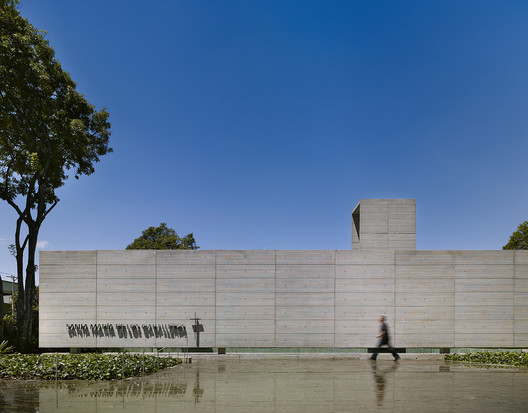