Save
In The Real World: The Consequences of Modernity in Japan at the Venice Biennale
Share
Or
Copy

“We were sensitive to the way in which society was becoming more consumption-oriented and gave serious thought to how we ought to respond to that change without simply accommodating ourselves to it.” -Toyo Ito
“I was entering a dead world, which would never see the light of the day. I wanted to treat that dead world as if it were alive, or to put it another way, to try to create a different reality.” - Terunobu Fujimori

Under the title of Fundamentals, Koolhaas’ Biennale asked national pavilions to focus on their respective countries’ relationships with modernity, the movement that has, for better or worse, shaped the contemporary city. In the case of Japan, modernity was expressed in a unique way, as architecture was instrumental to the rapid industrialization and growth that the country experienced after World War II. This growth resulted in the first architectural avant-garde outside of the Western world. By the 70s, as this movement reached its peak, local architects, historians, artists and urbanists began to look at modernism in a critical way, questioning its impact.

In “The Real World,” the Japan exhibit at the Biennale, curator Norihito Nakatani unearths how this critical movement expressed itself through Osamu Ishiyama, Toyo Ito, Terunobu Fujimori, and other Japanese masters whose works strove to connect to the human of “the real world” rather than contribute to the failed utopias of modernism. Interviews with this group of architects bring to light the desire that they had to positively impact society, and how they attempted to materialize that desire in their early works. The objects found inside the pavilion articulate the storytelling behind the process, leaving their interpretation open to visitors.

“You’ve got to try to make an impact on the times you live in, and you’ve got to do it through your work, not through words.” - Osamu Ushiyama
“Actual objects continue to possess tremendous energy - much more so than photographs or models.” - Tsutomu Ichiki

More about the "In the Real World" after the break: 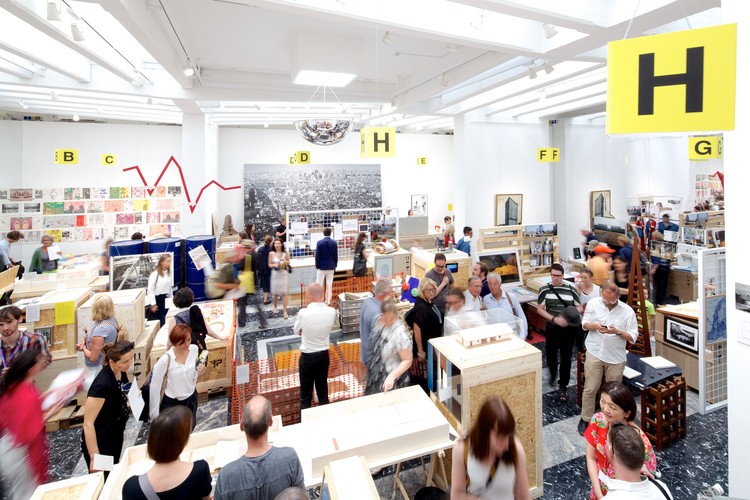 From the Official Catalog of the 14th International Architecture Exhibition. Modernization in Japan began with the import of Western civilization and progressed at a ferocious pace. After a rapid recovery following the country's destruction in World War II, Japan rose to become the world's second largest economy in 1968. Architecture was instrumental in this modernization, which reached its climax at the Osaka Expo '70. Yet the country was almost simultaneously confronted with a host of problems, most notably environmental pollution and the oil crisis, making it seem as if modernization had reached an impasse. This critical situation triggered a thorough reexamination of modernism in Japanese architecture, and in turn prompted a variety of independent reactions.

The young architects who arrived after the modernists reconsidered their role as professionals and undertook bold experiments with the small house to suggest a new vision of the city. Some of them set off for other parts of Asia, the Middle East, and Africa to study how communities are formed. And historical researchers and urban observers left their offices with their cameras and notebooks in hand to map out the real city and history in a fight against oblivion and oppression. Some of these activities became works of art, and many earned support from the publishing world and enlivened the architecture media.

The reexamination of modernism in Japanese architecture lies in the synergy of these activities of the 1970s. Ultimately, they were desperate efforts to redefine architecture by learning from life in the real world.

It is important to note that these efforts were not limited to small-scale, peripheral experiments. This generation's ambitious vision actually opened up a window in the generic skyline of the city. For the record, Umeda Sky Building consist of two high-rise buildings connected by a bridge. The design, an attempt to create a village in the city, was informed by the architect's research of ancient communities in other parts of the world. The transcendent proposal convinced the client and the construction firm to go for it.

Uniform though it may seem, contemporary architecture is actually a culmination of countless experiments. In fact, any society can give birth to a great work of architecture provided it has the will and a good idea. In this exhibition, we will unearth architectural projects and historical perspectives that emerged in Japan in the 1970s along with a variety of artifacts collected form the last one hundred years. By delving into the issues suggested by these endeavors, we will demonstrate the essential power of architecture and present suggestions for our lives today.

NewsArchitecture News
Cite: David Basulto. "In The Real World: The Consequences of Modernity in Japan at the Venice Biennale" 09 Jul 2014. ArchDaily. Accessed . <https://www.archdaily.com/525678/in-the-real-world-the-consequences-of-modernity-in-japan-at-the-venice-biennale> ISSN 0719-8884
Save