Save
The Factory / Pepe Gascón 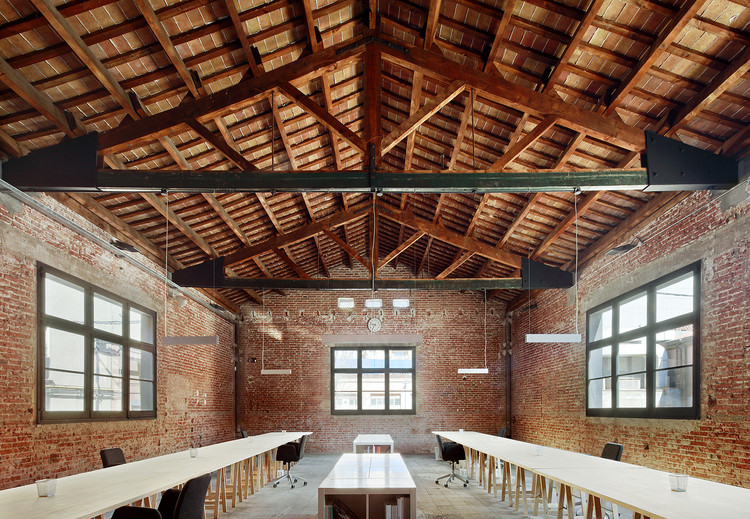 Text description provided by the architects. An industrial building in the premises of an old early twentieth-century textile factory in Terrassa, a leading city in Catalonia’s textile industry, has been refurbished and equipped as an office.

Prior to the intervention, the whole building had false ceilings, plaster-covered walls, et cetera, and we suspected that they concealed the magnificent architecture that characterised the majority of the great textile mills of the beginning of the twentieth century.

Besides stabilising the construction, the intervention was minimal, devoting the greater part of the effort to removing coverings and other subsequent additions which, we believe, do not contribute anything to the building (but, rather, the contrary) with the aim of recovering the original form of the building.

In addition to stripping these unwanted layers from the structure, it was decided to respect some of the later elements such as fans and an overhead crane, and to leave visible drainpipes as well as cuts and holes made in the walls. 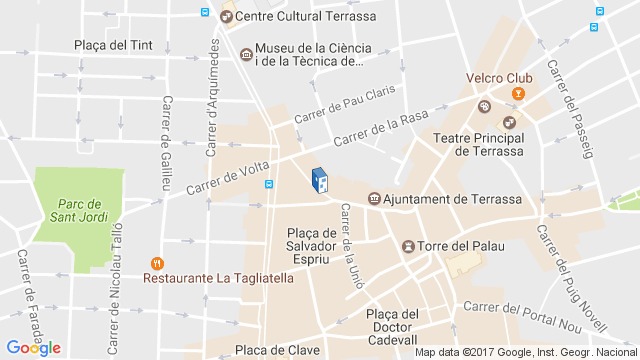