The third teacher. The Reggio Emilia Approach is an educational philosophy that considers that children develop through contact with adults (parents and teachers), with their peers and, lastly, with their physical environment, known as the “third teacher”.

Lomme is a typical 20th century town. The town’s layout was shaped by the industrial revolution and the social progress it brought, bombing during World War II and, latterly, the economic recession that has taken such a heavy toll in northern France. It is a patchwork of factories, disused railway land, terraced houses, major housing estates and public infrastructure for predominantly social use. Lomme town council decided to replace a former factory on the edge of a park, which contains a socio-educational centre built between the wars and the new multimedia library, with a small civic centre. The first stage in the development is a childcare centre. The site is steeped in history and is greatly influenced by the neighbouring brick buildings and the hundred-year-old trees in the nearby park. How to forge links between the site’s industrial past, the wooded park and these brick town houses so typical of Lille and its surroundings? How to integrate a small local facility into a site undergoing radical transformation as part of an as yet unfinished urban development plan?

As the first step in a rather vague urban plan, the childcare centre taps into the unchanging elements of the site such as the park’s hundred-year-old trees, the boulevard, the nearby brick houses and the site’s industrial past. Our solution is brutally neutral. It is a block 30 metres wide, 60 metres long and 4.2 metres high. The bottom half is glass; the top half is made of oxidized steel. The glass reflects the streets, the park and the weeds in the adjacent plot, and sometimes, depending on the light and the point of view, appears virtually to disappear, making it seem as though the oxidized steel is floating in the air. Seen from the boulevard, this large horizontal block with its patina sheen looks as if the park’s ancient trees are resting on it, like the surface beneath a still life. It also protects the park from the noise and visual pollution of the boulevard. The oxidized steel echoes the brick of the nearby houses, is reminiscent of the long walls of the original factory and sets off the sodden earth and tree bark hues of the park behind. The lower glazed part is subdivided by blind areas that house the service facilities and private areas. The upper, oxidized-steel part contains the building’s technical nerve system. Its underside is sculpted so as to create spaces of different sizes serving different purposes. In anticipation of future construction next door, the roof has been designed as a large sun deck. Technical features are hidden away in the dry area, which is covered with metal gratings. This high, oxidized-steel box literally becomes the roof of the childcare centre, unifying and protecting it.

The childcare centre is confined to the ground floor, making the most of the fact that the building site is a rectangular, almost perfectly horizontal plot with a surface area is almost exactly the same size as the project itself (including its grounds). This facilitates the teachers’ work and makes it easy for children to get around. The space is structured around an indoor street that runs the whole length of the building from east to west. The main entrance is located at the western end of this street and looks out over the entrance to the park and a nearby canteen used by several schools. An open-access entrance hall means allows parents who need to wait for their children to do so under cover and away from the noise of the road outside.

The reception is at the end of this indoor street in order to monitor visitors as well as welcome parents, especially users of the mother and child care centre located behind the reception desk area. Situated to the south of this “street”, the infant centre has an 18-crib section near the entrance and then three further 18-crib units. All of these open out to the south onto covered and open playgrounds, a garden and a vegetable patch. North of the indoor street are the reception, the toilets, the laundry and an office for the nursery nurse, all of which are naturally lit and ventilated by three patios. These patios give the “street” extra light and lend it a rhythm that encourages children to make the space their own. Behind these areas is a corridor that allows supervisory staff to get to the mother and child care centre, the offices, meeting and staff rooms, and the kitchen, which is next to the service courtyard. These areas have a view of the wooded park to the north.

A childcare centre is a place that is used in many and complex ways. As a place that hosts small infants, it must stimulate them, support them and protect them; as a workplace for adults, it must also be practical, versatile, efficient and comfortable. The challenge was to combine these different demands, rhythms, speeds and scales.

A village for small children

The childcare centre is actually a village for small children. Each house is designed for a different purpose and a different age group, but is also adapted to specific rhythms, lighting and spaces. It offers the children a variety of gentle and contrasting sensory stimuli. So the living spaces, the dormitories, the indoor street and the mother and child care centre’s waiting room are all shaped like typical houses with pointed roofs. Glass walls provide a visual continuity between the garden, the outdoor playgrounds, the patio, the living areas and the indoor street to allow small children to get their bearings, encourage them to socialize and explore, and help them to overcome their anxiety in the morning when their parents leave. The fittings are sunk into the floor and walls to ensure unblocked views.

The floor plays a major role in the lives of crawling tiny tots. The floor covering is all in various pastel shades of beige, ranging from chocolate to sand. These shades may be smooth or striated, forming a tatami mat that is fun to touch and that children can explore at their will. The slight differences stimulate rather than shock the children, the aim being always to encourage them through suggestion.

A building that children can make their own

The building’s interior is painted white, allowing those who use it to add their own splashes of colour: bright toys, coats hanging on the hooks in reception, children’s clothes, and drawings stuck to the walls or jotted on the glass walls. Only inside windows of special significance are tinted a particular colour. Thus the cloakroom serving the different units - a place that brings the community together - and a partition in the indoor street, which marks a transition to quieter small and medium-sized units, have warm-coloured glass.

The interior fittings live up to the highest levels of health, safety and comfort while also trying to conceal the standardized features commonly found in this kind of establishment. For example, one doesn’t notice the finger protection strips covering the hinges because they run the whole length of the door. Most of the technical installations – ventilation and extraction, hangers and recessed lights on dimmers – use rounded, soft, fun shapes. The acoustic fittings become patterns that blend in with the sculpted ceilings. All of these design features combine to make the centre more than just a community day-care facility: it is a home from home for the children and their parents. 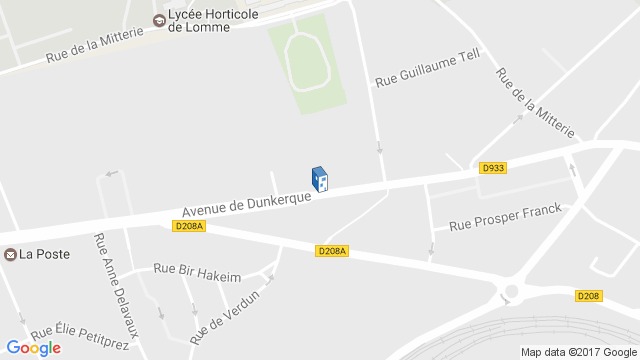