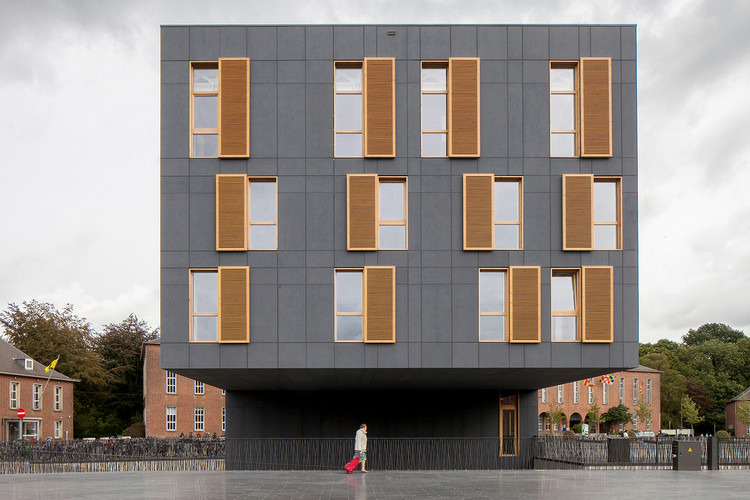 Text description provided by the architects. This project consists of three essential parts: a passive multi-functional building, the sustainable city square with awning and underground car park. All components have been realised in a Public-Private Partnership.

The passive, multi-functional building is characterised by a 10m. (nearly 33 feet) cantilever. This technical masterpiece helps to make this building not only a remarkable item on the square, but it also, thanks to its direction, puts extra emphasis on that location as a busy traffic junction: cyclists and cars ride and drive under the overhang in and out of the underground car park, cyclists ride underneath the square to the other side of the Liersesteenweg, pedestrians and cyclists cross this axis heading for the station, town hall or shops or take the stairs/lift to the underground platform.

On the ground floor there is space for a city cafe with terrace next to the elongated entrance axis with lifts for the offices above. The offices above are changeable in size, from large to small units. The building is an essential component of the square and has the same identity as the square: urban, but with a small-scale focus, an external layer of grey fibre cement sheets in different sizes, combined with sleek, wooden block windows.

The north-south direction of the sustainable square is determined by the movement of the bicycle traffic underneath the square along the train tunnel and an awning which stretches even over the Liersesteenweg. It is reinforced by interchanging two different strips in texture and colour in the outdoor paving, i.e. dark in the enormous amount of coloured concrete paving slabs and glazed concrete tiles.

The square paving stretches to the edge of town hall making it in this way an essential component of the new City square. The awning has been removed from all adjacent units and makes an important visual and material connection between the two parts of the square. The awning also covers two tram and bus stops and the outside stairs to the underground platforms. The translucent awning consists of galvanised steel columns structured like branches,

carrying the big wedge-shaped components in safety glass. Between these glass plates of the awning, PV-cells are planned to provide 40% of all lighting for car park and square. This print provides welcome shade in the summer and is easy to maintain thanks to its non-transparent quality. At night the awning will be lit up and simultaneously provide basic lighting for the square. The rain water hitting the awning is transported to an underground tank and re-used in the public toilets.

It is planned to line the square with sycamore trees which will give the square its actual shape and also separates it from the cycle path around it. All necessary infrastructure is planned to call the square truly multi-functional: benches, fountains and all sorts of technical wizardry for the weekly market or other events.

The underground part of this project consists of a car park with three logically constructed parking levels for a total of 505 cars and 250 bicycles. The support structure allows for a user friendly drive and park direction. Public toilets are on level 1, central in relation to stairs and lifts and accessible for everybody. The car park will also house a bicycle point for repair and renting of bicycles. 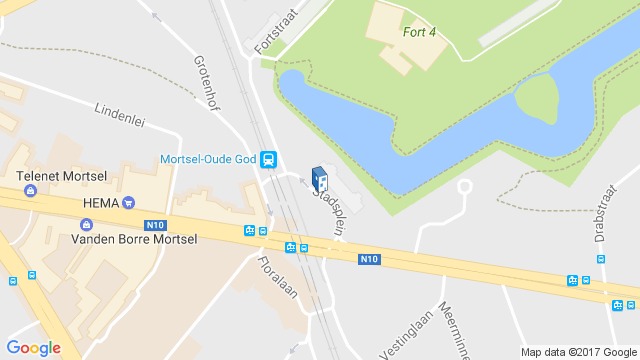 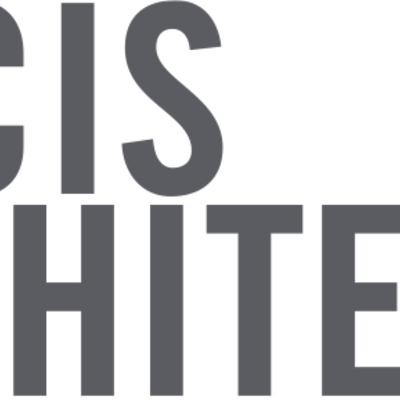