Save
How Can We Hold On To Heritage Skills?
Share
Or
Copy

In an age when 1:1 3D printed buildings are becoming ever more commonplace from the Netherlands to China, it's important to pause and assess the existing built fabric of our cities, towns and villages. If we want to maintain and preserve them whilst protecting the inherent craft imbued in their construction, the importance of nurturing and promoting these skills should be recognised.

In the UK, the Heritage Skills Hub (HSH) push to see "traditional building skills, conservation, restoration and responsible retrofit" included within all mainstream built environment courses. In a recent conversation with Cathie Clarke, CEO of the HSH, we discussed the obstacles faced by an organisation dedicated to conserving and teaching skills like stonemasonry, roof thatching, glass making, traditional brick construction to a new generation.

According to Cathie, "in the UK, vocational careers (and particularly construction) are frequently still seen as a lowly occupation and only for those not able to do anything else. Previously, craftspeople were afforded a very high status for their skills and expertise. As far as traditional building skills, craftsmanship and the care of old buildings is concerned, there is a staggering lack of knowledge and understanding held by traditional building custodians of today – be they owners or those commissioned to work on them. This is hardly surprising as traditional building materials, skills and techniques have been steadily dropped from training courses since the wars and have been completely omitted for many years." She argues that "pressures on curricula and funding, development of new materials and construction techniques and the lack of understanding on how they interact with old buildings have been responsible."

Work to try and rectify this problem has been active since 2002 when English Heritage, an organisation dedicated to championing historic places in England, joined forces with the Construction Industry Training Board (CITB) to create the National Heritage Training Group. "Their aim was to fully research the extent of the problem regarding skilled craftspeople and create new qualifications and certification schemes to 'Qualify the Workforce'."

Although research reports from 2005, 2008 and 2013 all recognise that there is a lack of specialist, qualified craftspeople and professionals to work on old buildings, Cathie's concern lies in the fact that "the majority of people carrying out the work are not aware that they are doing anything wrong and believe they are perfectly trained or qualified to do so."

"In post-war Britain, the lack of conservation, repair and restoration principals - along with traditional building skills training in mainstream education - has resulted in modern materials and practices being used across the board, even to some extent on buildings that are protected. This has led to wide-spread damage which is perpetuated through continued lack of training and exacerbated by economic constraints."

Acknowledging that the construction industry is a rapidly accelerating arena for cost, time and material efficiency it's important to remember that, in the UK at least, "20% of the building stock was constructed before the wars." For Cathie, "there is a pressing need for improved education to reverse and prevent further damage to old buildings through the use of inappropriate techniques and materials." She argues that, if treated correctly, these methods of construction are "inherently sustainable" and play an important social and economic role by "defining local character and heritage and providing a unique sense of place for communities." 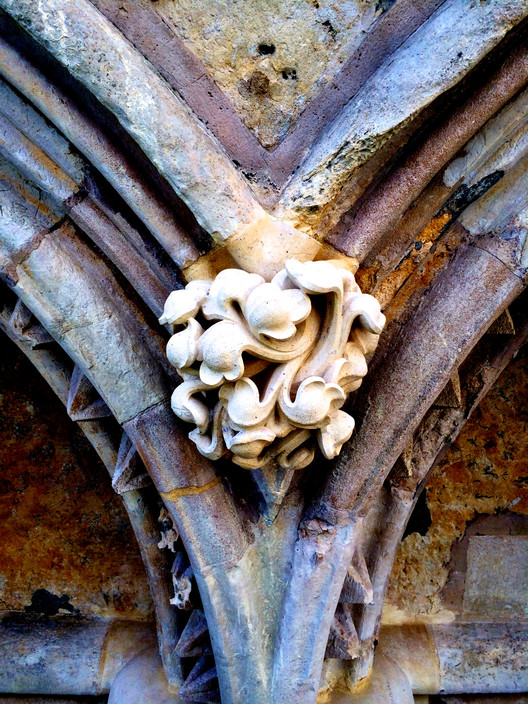 Find out more about the UK based Heritage Skills Hub here or watch a recent Mies. UK interview with Mancunian architect Roger Stephenson about "Using Craft in a Contemporary Way" here.