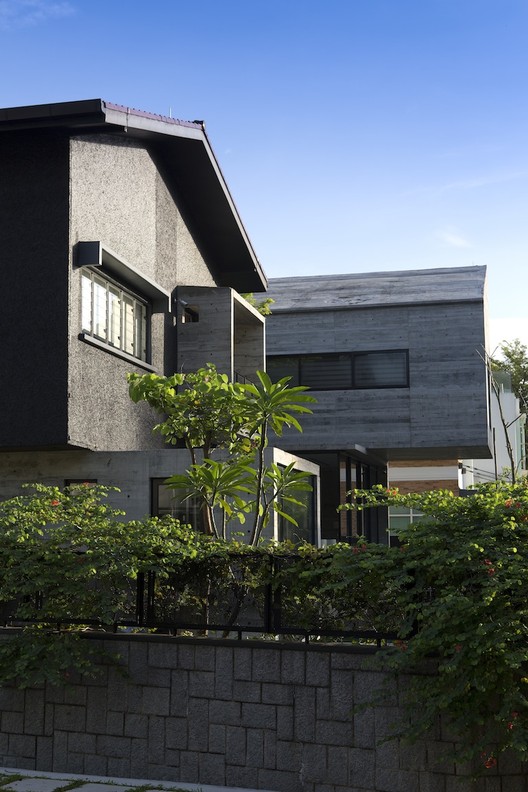 Text description provided by the architects. The house at the intersection of Linden Drive and Jalan Naga Sari in Singapore is built for a multi-generational family that entertains frequently. We retained the existing 2-storey post-war bungalow built in the seventies and added a new block at the rear and a lap pool along the side boundary. The new rear extension sits on higher ground than the pool with its upper volume cantilevering over the deck.

From the beginning, we wanted to retained as much of the existing house, working around it and use it as part of the new narrative. It became a dichotomy of old and new, a story of a recent past and contemporary aspirations. The dialogue between the old and new formed the framework for the design. Formally, the new addition is articulated in board-formed concrete volumes in contrast to the existing house in black rendered rough plaster.

The existing high ceiling dining hall is converted to a atrium that bridged the existing  house with the new block at the rear. This is the heart of the project where it bridges both physically and spatially, the old house and the new extension. One the upper floor, a wire mesh steel bridge negotiates the level difference between the existing house and the new extension. The H-shaped massing encloses two intimate courtyard spaces that together with the atrium are spaces of greatest tension between the old and new. The elevated courtyard that fronts the pool has a low concrete retaining wall that encircle it to serves as both barrier and outdoor seating. 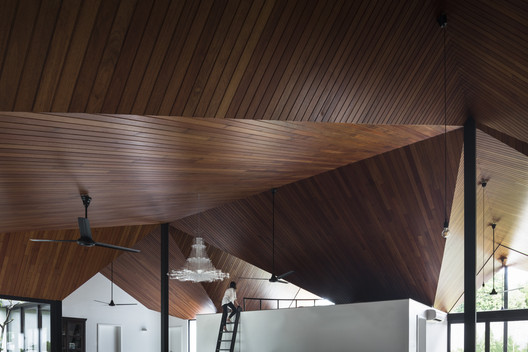