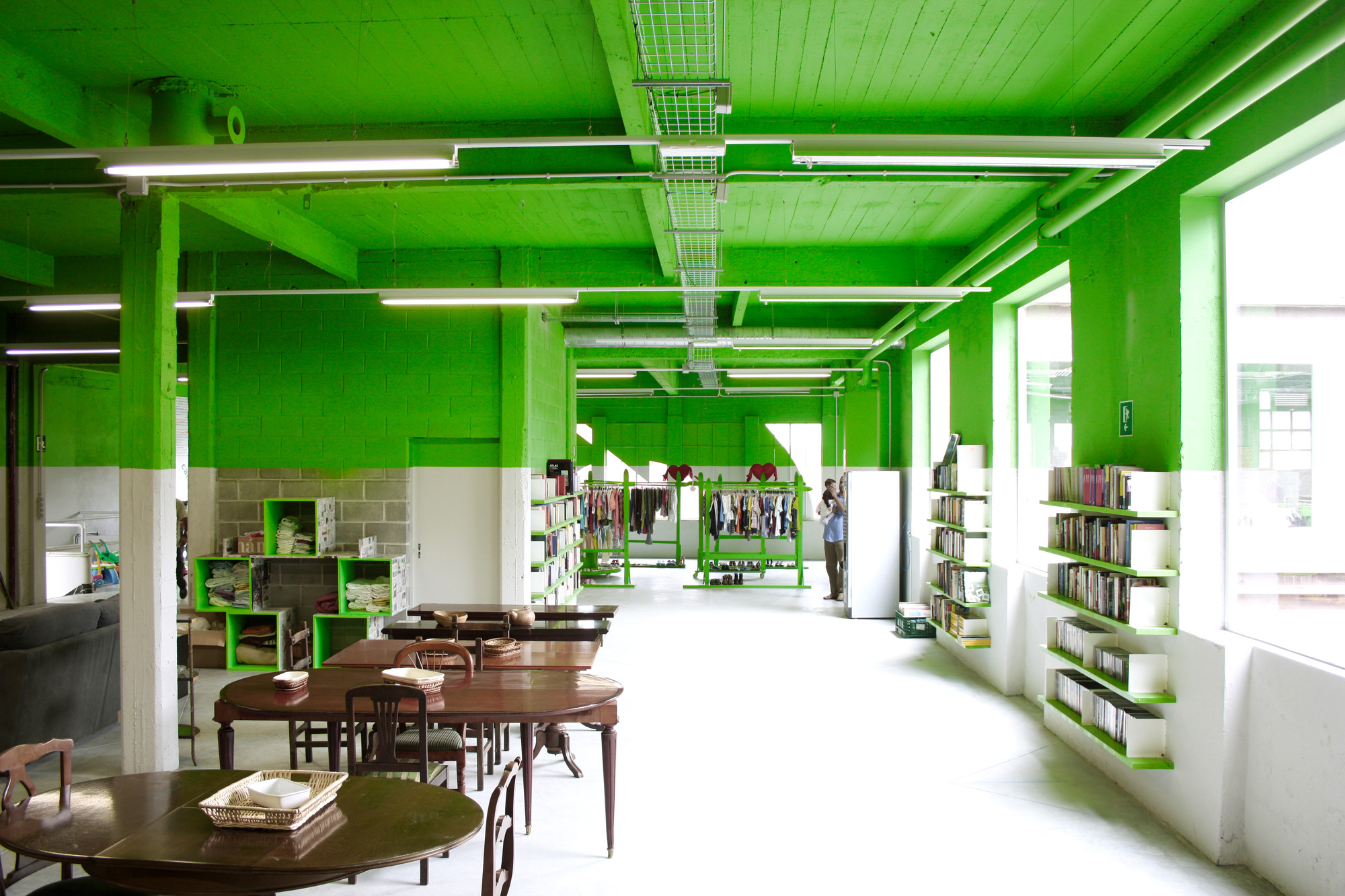 Text description provided by the architects. I AM RECYCLED consists on the refurbishment of an industrial building sector in Arrasate (Basque Country, Spain). The building, constructed in 1928, was a part of ASAM steel industry. Thanks to this renewal the structure will extenditslifespan to be used as a recycling center, reuse workshop and second hand proucts sale, 2.568 square meters managed by Grupo Emaús Bidasoa.

I AM RECYCLEDoutlines the importance to preserve the identity of the original reinforced concrete structure as well as its industrial preexistences. A series oflow-cost strategies are developed as a way to make it possible that a new activity can be established, accompanied by the appearance of a new contemporary identity for the building. This readjustment is set out as an evolutive process in two phases:

Upgrade Kits are used as a way to optimize the arrangement of the new uses by minimizing the intervention on the existing building and by reducing it to a structural and outside walls consolidation as well as an adjustment of certain architectonical elements to current regulations.

Supergraphicsare used as a way to introduce the identity of Grupo Emaús into the building, green colour is a corporate reference associated to sustainability and recycling.

On the façade, Supergraphics appear as a huge stamp displaying the typical recycle-reuse sign, a mark saying: “I’m a recycled building”. In the interior, Supergraphics are a way to identify commercial areas. Sales areas can be recognised as spaces in which colours are desaturated up to two metres high starting from the floor level, making recycled objects for sale become protagonists. From two to four metres high up to the ceiling, green colour covers everything as a way to stand out the existing preserved elements of the old steel industry such as the reinforced concrete grid and old drain pipes formerly used for cutting machines...

Phase #2. A Building Within a Building.

A further identity layer is developed through the idea of building within a building, an idea that is materialized by means of prefabricated elements based on greenhouse industrialized structures. A reduced built volume is established at the interior of the existing building in order to hold all proximity activities such as offices, classrooms or social spaces; all main infrastructures are also placed on these smaller volumes so that a more generic treatment can be applied to the existing volume, an space to be used for bigger scale activities such as storage and sales.Building within a building is an identitarian strategy as much as it permits to economize material resources, as well as high energy savings and efficiency, a low-cost philosophy aligned with Emaús principles of environmental and social liability. 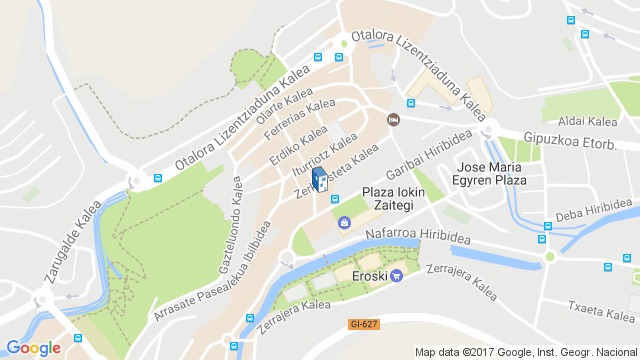 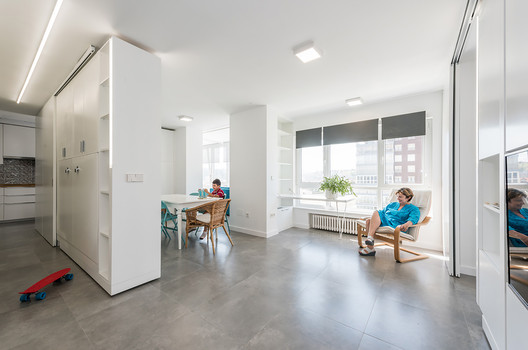