Save
Embassy of Ecuador / Arquiteck & Asociados 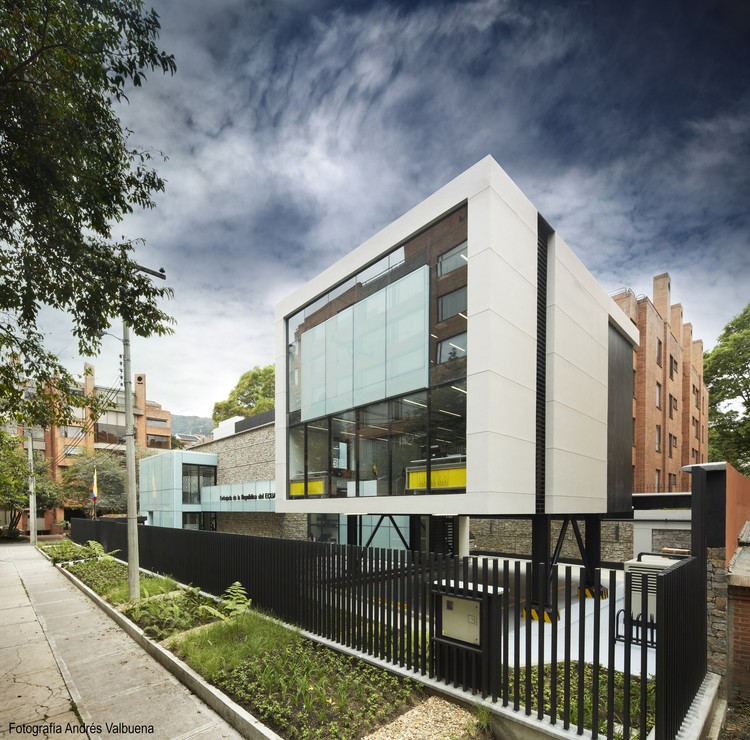 Text description provided by the architects. The building for the Embassy of the Republic of Ecuador in Colombia aims to provide through the architecture an image capable of expressing new diplomatic relations between the two countries. The project arises at a time of a change in the political tide, sponsored by the new Colombian government. The architectural proposal is developed on a corner plot of 680m2 previously occupied by a house in the 1980s, in which the Embassy worked until it was moved to make way for the new construction.

Located in a neighborhood consisting of residential and office buildings around six stories high, with a predominant use of brick facades, the new construction is a respite in an area of ​​high density. Its low height and occupation of the site, its gardens and a neutral palette of colors and materials contrast with the surrounding buildings.

The entire program is divided into three floors, offices for the embassy, the consulate, the attache, meeting rooms, common areas and services that occupy a total of 772.19 built m2 and 595.81 m2 of gardens, terraces and green roofs.

Within the architectural genesis of the project is the formal and spatial purity projected within the site in a forceful and harmonious manner, both in the outer volume and the inner spatiality. Large white glass facades, double height panels made of ornamental stone that frame and define precise geometries, accompanied by substantial parallelepipeds framing important interiors, lines that break through the large masses that define the main idea and that are part of the artisanal and socio-political concepts most representative of Ecuador, the stone wall, the bridge, and the different volumes which are clad with textures and openings that work to contain and convey; contain information as a "bunker" and convey social and political transparency. The interior spaces at the embassy are open and transparent, visual permeability is limited as the program does not allow it but still, we are able to get a pretty pleasant and functional lighting comfort maintaining an daylight atmosphere during business hours.

Inside, the color palette is neutral, grayscale, light earth colors and environments intended for diplomatic tranquility and production of information, there are no distractions or interruptions. The roofs and gardens are a cornerstone of the proposal in terms of bio-climatic and sustainable criteria, an adequate balance in the chromatic scale chosen to show large areas of vegetation, creating an urban contrast while allowing energy savings and comfort within the building. 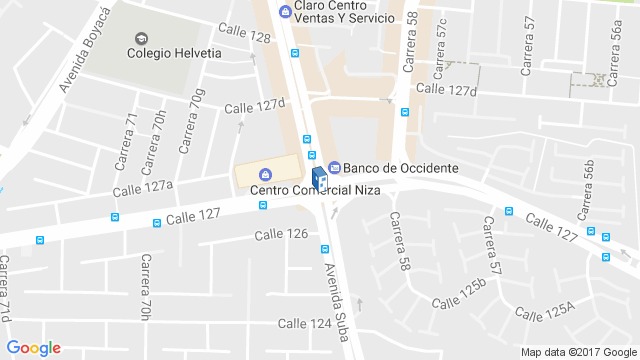 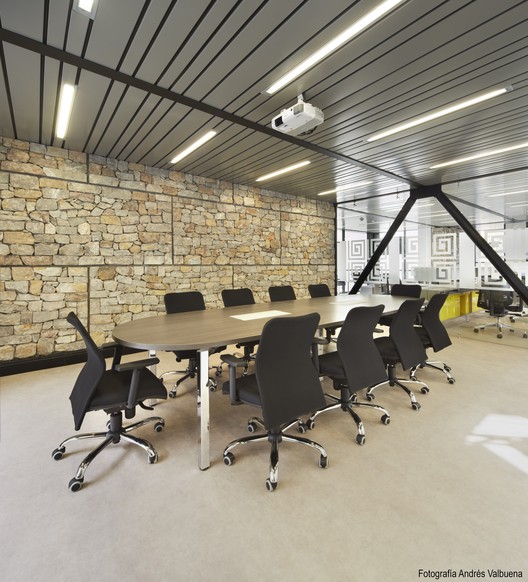