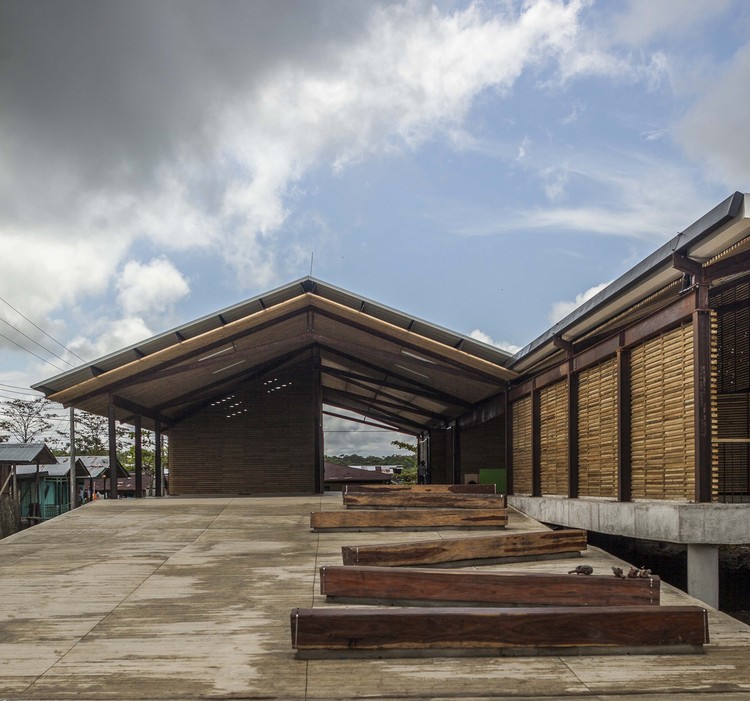 Text description provided by the architects. Vigia del Fuerte is a municipality in Antioquia on the border with the department of Choco, and separated from Bojaya by the Atrato river. It is located in the southernmost part of the subregion of Urabá in Antioquia Middle Atrato area, which corresponds to the tropical rainforest. It is a town with one of the lowest levels of human and social development in the area, with strong conditions in terms of weather, accessibility, and interconnection, within a region that has been hit in the past by public order problems. Despite this, the municipality has lush vegetation and is renowned for its biodiversity and variety of ecosystems, whose potential for the development of the region is beginning to be tapped. For this reason, the Antioquia government decided to make a major investment in the area to strengthen it, an intervention that due to the very conditions of the site is required to disassemble predisposed schemes and operate in a unique way especially considering the region, which is not replicable in any other place of the national territory.

As part of this process, the municipality was selected by the Government of Antioquia in 2013 to house one of the first 40 educational parks to be built in the area, which, in the words of the governor of Antioquia Sergio Fajardo Valderrama, will be "(...) public spaces for citizens in the twenty-first century. Spaces open to the entire community, where the fundamental concepts of the most educated Antioquia are represented: the commitment to the talent and capacity of our people (...).

Vigía del Fuerte is configured by the tropical rainforest and the Atrato river, which during the annual rainy season overflows its banks flooding the municipality year after year, this has led villagers to build their houses on stilts, raising their homes and platforms one meter above ground level to reduce the impact of the annual flooding of the river in their homes. This condition of being separated from the water by stilts essentially defines the traditional architecture of the village, together with other elements that condition the buildings to their environment: facades that allow wind circulation, steep pitched roofs and large eaves, light materials that don't force a floor of little capacity to carry large weights, among others.

The educational park incorporates the typical aforementioned elements, reinterpreting and empowering them through appropriate materials for the site conditions, but at the same time ensure a long life span. It is a project that is formalized through the sum of two of the typical houses of Vigía del Fuerte arranged next to each other on stilts, elevated 2.5 meters over the ground level, away from the highest historic level of flooding: 1.6 m, and slightly offset relative to each other in plan, marking the accesses to the educational park. On the eastern side, facing the Atrato river is the most public access, a ramp, the only element that touches the ground and serves in turn as a grandstand to the first square in town, "Shadows Square" designed as an integral part of the project, in which passive leisure under large pergolas cohabitates with an athletic track and a multisport field. On the opposite side of the building, the most private area, a small grandstand descends to the street level. The center of the two houses is emptied to create a "courtyard of knowledge" [1], a covered public space, which protects from the rains and the hot sun and is a single roof that can cover all the inhabitants of Vigia del Fuerte. The "Shadows Square" and the "courtyard of knowledge" will be the first squares of the town, one open air and the other covered by a roof, venues for meeting and community discussion.

Other elements of the educational park follow the same premise of adapting and reinterpreting the place, the facades of the park are lattices that allow continuous cross winds keeping the interiors cool. The roofs allow rain water collection and treatment for internal consumption in the project, in a municipality that is waiting for drinking water, while its large eaves protect from rain and sun. The materials selected are low maintenance, immunized wood enclosures that only need regular washing, slab and stilts in polished concrete treated to withstand the continuous flooding, and weathering steel structure supporting the demanding conditions of the local climate without damage.

In addition to the Educational Park, and as part of the Comprehensive Municipal Plan (PMI) conducted by the Antioquia Housing Company (VIVA), progress has been made in the construction of three educational institutions, one for Vigia, which replaces an existing deteriorated building, a school for the Embera indigenous community and a third in the district of Buchadó. A linear park is also being built which crosses the municipality longitudinally and starts at the "Shadows Square", plus a sports center with running track. We expect to start with the public services infrastructure, the construction of a greater number of linear meters of elevated concrete platforms that replace the current ones made of wood, and finally the extension and improvement of a protective wall to control erosion of the banks of the Atrato. This whole process of change in Vigia del Fuerte is occurring simultaneously, in a partnership between public and private institutions, which has the support of the community who are mostly benefited by projects that open a new direction for the municipality, which is so far the poorest and most forgotten in Antioquia. 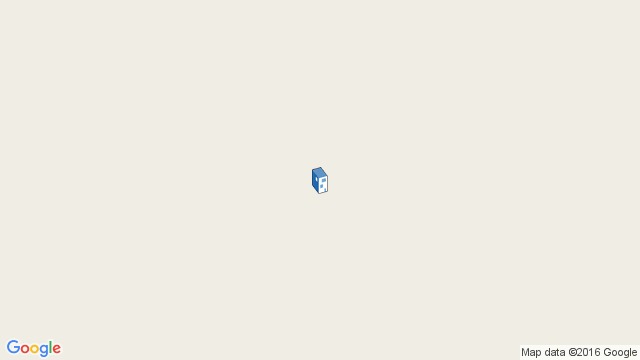